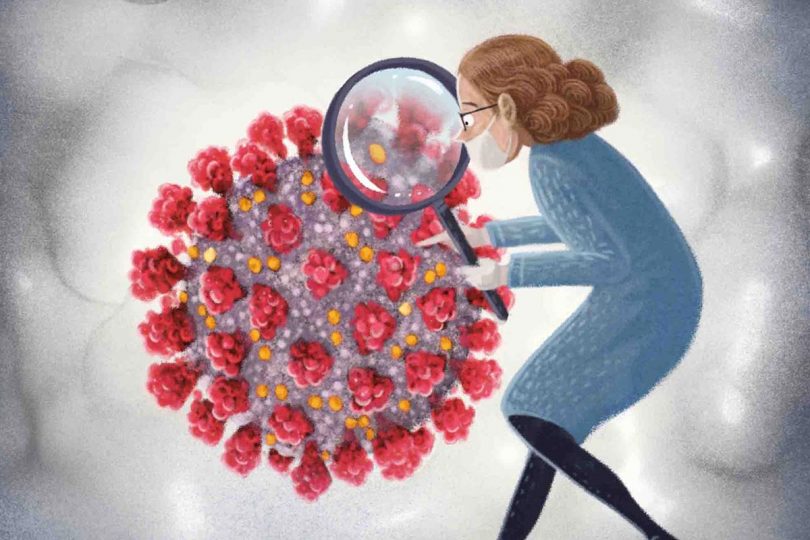 After previously encouraging people without COVID-19 symptoms to get tested if they have been exposed to someone diagnosed with the virus, US health authorities have abruptly reversed their position without a clear explanation.

The changes in guidance were quietly made to the Centers for Disease Control and Prevention (CDC) website on Monday amid US media reports of political interference from the White House.

President Donald Trump has repeatedly said that the US should do less testing, and blamed testing for making it appear as though the country is doing poorly against the pandemic.

This is not true: though the US is testing at a high level, that is because its outbreak is worse than any other country in the world, with more than 5.8 million confirmed cases and almost 180,000 deaths.

The CDC’s site previously said: “Testing is recommended for all close contacts of persons with SARS-CoV-2 infection.

“Because of the potential for asymptomatic and pre-symptomatic transmission, it is important that contacts of individuals with SARS-CoV-2 infection be quickly identified and tested.”

The site now says: “If you have been in close contact (within 6 feet) of a person with a COVID-19 infection for at least 15 minutes but do not have symptoms, you do not necessarily need a test unless you are a vulnerable individual or your health care provider or State or local public health officials recommend you take one.”

Giroir did not elaborate on what new evidence had led to the guidance.

But he said that the documents had been seen by other senior officials including the widely respected Anthony Fauci, who leads the National Institute of Allergies and Infectious Diseases.

Fauci later denied this, telling CNN: “I was under general anesthesia in the operating room and was not part of any discussion or deliberation regarding the new testing recommendations.

“I am concerned about the interpretation of these recommendations and worried it will give people the incorrect assumption that asymptomatic spread is not of great concern. In fact, it is,” he added.

The CDC has previously emphasized that between 40-50 percent of people with Covid-19 are asymptomatic, and therefore getting tested is important to stop the spread of the virus.

Many other health experts also reacted with dismay.

“An estimated 40-50 percent of people with #covid19 are asymptomatic. Those exposed to the virus need to know to protect their family members & the public. One has to wonder: is this change because we don’t have enough tests?”

Both The New York Times and CNN quote officials saying that the CDC was instructed to change its guidelines following pressure from the president.

The Trump administration has previously been accused of pressuring the CDC to change its guidance on reopening schools, weighting its recommendations heavily in favor of in-person learning.

The political neutrality of the Food and Drug Administration was also questioned this week when its chief, Stephen Hahn, joined Trump in misrepresenting a key statistic about the effectiveness of blood plasma.