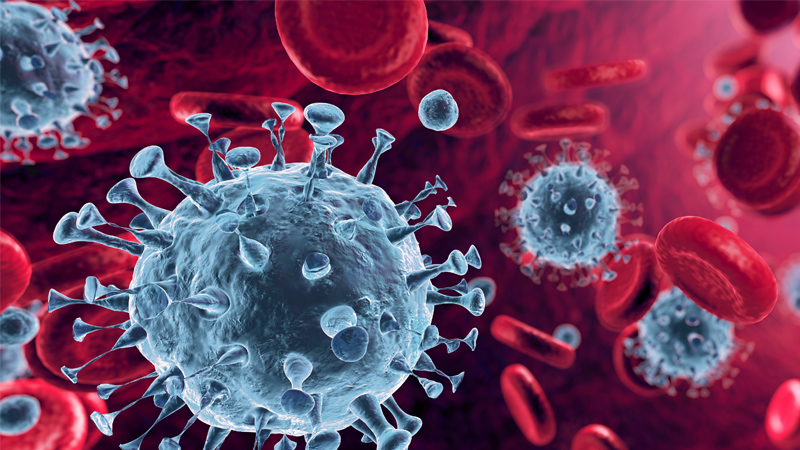 Humans are not the only species facing a potential threat from SARS-CoV-2, the novel coronavirus that causes COVID-19, according to a new study from scientists at the University of Massachusetts Medical School and the University of California, Davis.

Using cross-species genomic analysis, Elinor Karlsson, PhD, associate professor of molecular medicine in the Program in Bioinformatics and Computational Biology and colleagues searched for genetic indications that various organisms were more or less likely to contract SARS-CoV-2. By comparing one of the primary gateways the virus uses to gain entry to human cells—the angiotensin converting enzyme-2 receptor, or ACE2—for similarities in structure and sequence with 410 different species of vertebrates, including birds, fish, amphibians, reptiles and mammals, scientists were able to determine potential susceptibility to SARS-CoV-2 infection.

Several critically endangered primate species, such as the Western lowland gorilla, Sumatran orangutan and Northern white-cheeked gibbon, are predicted to be at very high risk of infection by SARS-CoV-2 via their ACE2 receptor. Other animals flagged as high risk include marine mammals such as gray whales and bottlenose dolphins, as well as Chinese hamsters.

“Lots of scientists study humans. A few scientists study a few other species, but for most species we have no information,” said Dr. Karlsson. “The concern is that SARS-CoV-2 might be passed to animals in zoos, or on ecotours, who might be exposed to infected people. This could further stress species that are already endangered or another species could unknowingly act as a virus reservoir and pose a risk to us in the future.”

ACE2 is normally found on many different types of cells and tissues, including epithelial cells in the nose, mouth and lungs. In humans, 25 amino acids of the ACE2 protein are important for the SARS-CoV-2 virus to bind and gain entry into cells.

The researchers used these 25 amino acid sequences of the ACE2 protein, and modeling of its predicted protein structure together with the SARS-CoV-2 spike protein, to evaluate how many of these amino acids are found in the ACE2 protein of different species.

“We scored the 410 species into five risk categories, from very low to very high. The species scored as highest risk were all Old-World primates, including humans. Only mammals fell into the medium to very high categories. There were some surprises within mammals, such as certain whales and dolphins,” said Karlsson.

“Animals with all 25 amino acid residues matching the human protein are predicted to be at the highest risk for contracting SARS-CoV-2 via ACE2,” said Joana Damas, PhD, postdoctoral research associate at UC Davis and first author on the paper. “The risk is predicted to decrease the more the species’ ACE2 binding residues differ from humans.”

About 40 percent of the species potentially susceptible to SARS-CoV-2 are classified as “threatened” by the International Union for Conservation of Nature and may be especially vulnerable to human-to-animal transmission. The study was published Aug. 21 in the Proceedings of the National Academy of Sciences.

“The data provide an important starting point for identifying vulnerable and threatened animal populations at risk of SARS-CoV-2 infection,” said Harris Lewin, PhD, lead author for the study and a distinguished professor of evolution and ecology at UC Davis. “We hope it inspires practices that protect both animal and human health during the pandemic.”