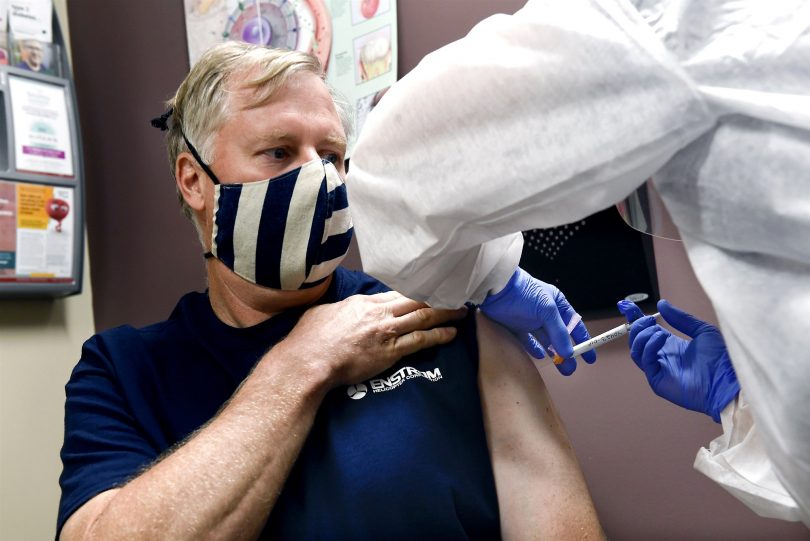 It remains highly uncertain, however, whether a vaccine will be ready by then or which manufacturer will make it.

The director of the Centers for Disease Control and Prevention told governors last week to prepare for the “large-scale” distribution of a coronavirus vaccine by Nov. 1, according to a letter obtained Wednesday by NBC News.

In the Aug. 27 letter, the director, Dr. Robert Redfield, said the CDC had contracted with a pharmaceutical company, McKesson Corp., to potentially distribute hundreds of millions of vaccine doses to health departments and medical facilities across the country in the fall.

Redfield called the effort “massive” and asked governors for their help expediting applications for distribution facilities that will be set up and operated by McKesson.

“If necessary,” Redfield added, the agency “asks you to consider waiving requirements that would prevent these facilities from being fully operational by November 1, 2020.”

It remains highly uncertain, however, whether a vaccine will be ready by then or which manufacturer will make it. The Nov. 1 target date is two days before the presidential election.

A planning document obtained by The New York Times described the “vaccine landscape” as “evolving and uncertain,” but it described different hypothetical supply and operations scenarios for local officials and doctors. One scenario showed 2 million doses distributed by the end of October, and another showed 10 million to 20 million doses by the end of November.

In a statement, Banner Health, which operates 28 hospitals in Arizona, said it had been asked by the agency and local health officials to “proactively prepare” for vaccine distribution.

“While we do not yet know definitively when a vaccine will be available, pre-planning will ensure we can effectively meet the needs of our communities,” the company said.

Food and Drug Administration Commissioner Stephen Hahn told The Financial Times that the FDA could fast-track a vaccine, giving a developer federal approval before rigorous Phase 3 clinical trials are completed.

It wasn’t clear what developer may get the approval. One company working on a vaccine, AstraZeneca, announced Monday that it was beginning Phase 3 trials this week.

Two other vaccine candidates — one created by the National Institutes of Health and manufactured by Moderna Inc. and another developed by Pfizer Inc. and Germany’s BioNTech — began trials this summer.

Earlier Wednesday, Dr. Anthony Fauci, director of the National Institute of Allergy and Infectious Diseases, said on NBC’s “TODAY” that he believed a vaccine would be developed by the end of the year. But Fauci added that he wouldn’t be comfortable with a vaccine unless it was shown in clinical trials “to be clearly safe and effective.”

He added that he had observed many trials that operated under emergency use authorizations, the FDA’s method of fast-tracking medical products. “But they’ve been done when there was enough data that you would really feel comfortable that it was safe,” he said.