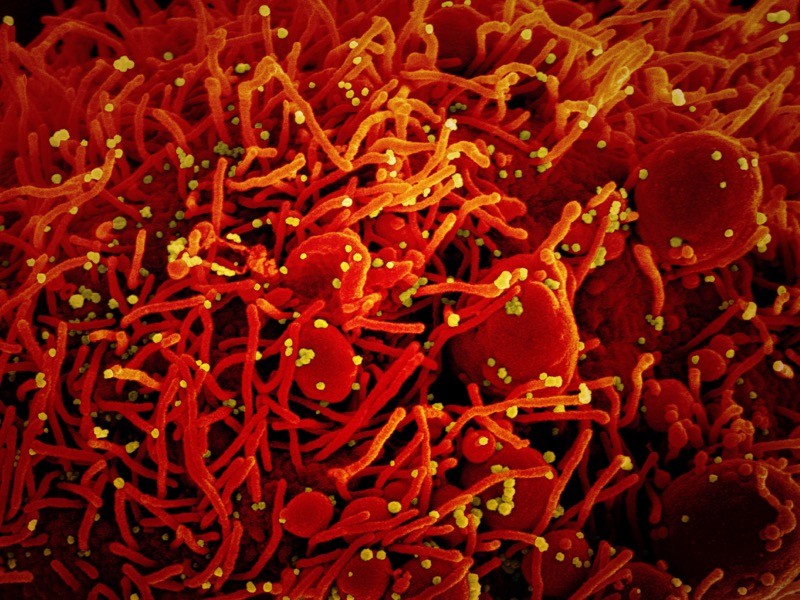 Second infections raise questions about long-term immunity to COVID-19 and the prospects for a vaccine.

When news broke last week that a man living in Hong Kong had been infected with the coronavirus again, months after recovering from a previous bout of COVID-19, immunologist Akiko Iwasaki had an unusual reaction. “I was really kind of happy,” she says. “It’s a nice textbook example of how the immune response should work.”

For Iwasaki, who has been studying immune responses to the SARS-CoV-2 virus at Yale University in New Haven, Connecticut, the case was encouraging because the second infection did not cause symptoms. This, she says, suggested that the man’s immune system might have remembered its previous encounter with the virus and roared into action, fending off the repeat infection before it could do much damage.

But less than a week later, her mood shifted. Public-health workers in Nevada reported another reinfection — this time with more severe symptoms. Was it possible that the immune system had not only failed to protect against the virus, but also made things worse? “The Nevada case did not make me happy,” Iwasaki says.

Duelling anecdotes are common in the see-saw world of the COVID-19 pandemic, and Iwasaki knows that she cannot draw firm conclusions about long-term immune responses to SARS-CoV-2 from just a few cases. But in the coming weeks and months, Iwasaki and others expect to see more reports of reinfection, and, in time, a picture could emerge of whether the world can rely on the immune system to end the pandemic.

As data trickle in, Nature runs through the key questions that researchers are trying to answer about reinfection.

How common is reinfection?

Reports of possible reinfections have circulated for months, but the recent findings are the first to seemingly rule out the possibility that a second infection was merely a continuation of a first.

To establish that the two infections in each person were separate events, the Hong Kong and Nevada teams each sequenced1,2 the viral genomes from the first and second infections. Both found enough differences to convince them that separate variants of the virus were at work.

But, with only two examples, it is still unclear how frequently reinfections occur. And with 26 million known coronavirus infections worldwide so far, a few reinfections might not be cause to worry — yet, says virologist Thomas Geisbert of the University of Texas Medical Branch in Galveston. We need a lot more information on how prevalent this is, he says.

That information might be on the horizon: timing and resources are converging to make it possible to identify more instances of reinfection. Enough time has passed since the initial waves of infection in many countries. Some regions are experiencing fresh outbreaks, providing an opportunity for people to be re-exposed to the virus. Testing has also become faster and more available. The Hong Kong man’s second infection, for example, occurred after he had travelled to Spain and was screened for SARS-CoV-2 at the airport on his return to Hong Kong.

Also, scientists in public-health laboratories are beginning to find their feet again, says Mark Pandori, director of the Nevada State Public Health Laboratory in Reno, and an investigator on the Nevada study. During the first wave of the pandemic, it was hard to imagine tracking reinfections when testing labs were overwhelmed. Since then, Pandori says that his lab has had time to breathe — and to set up sequencing facilities that can rapidly sequence large numbers of viral genomes from positive SARS-CoV-2 tests.

All of these factors will make it easier to find and verify reinfections in the near future, says clinical microbiologist Kelvin To at the University of Hong Kong.

Are reinfections more or less severe than the first?

Unlike Iwasaki, virologist Jonathan Stoye of the Francis Crick Institute in London took no comfort from the lack of symptoms from the Hong Kong man’s second infection. Drawing conclusions from a single case is hard, he says. “I’m not certain that really means anything at all.”

Stoye notes that the severity of COVID-19 varies enormously from person to person, and might vary from infection to infection in the same person. Variables such as the initial dose of virus, possible differences between variants of SARS-CoV-2 and changes in a person’s overall health could all affect the severity of a reinfection. “There are almost as many unknowns about reinfection as there were before this case,” he says.

Sorting out whether ‘immunological memory’ affects symptoms during a second infection is crucial, particularly for vaccine development. If symptoms are generally reduced the second time, as in the Hong Kong man, that suggests the immune system is responding as it should.

But if symptoms are consistently worse during a second bout of COVID-19, as they were in the person in Nevada, the immune system might be making things worse, says immunologist Gabrielle Belz at the University of Queensland and the Walter and Eliza Hall Institute of Medical Research in Victoria, Australia. For example, some cases of severe COVID-19 are worsened by rogue immune responses that damage healthy tissue. People who have experienced this during a first infection might have immune cells that are primed to respond in a disproportionate way again the second time, says Belz.

Another possibility is that antibodies produced in response to SARS-CoV-2 help, rather than fight, the virus during a second infection. This phenomenon, called antibody-dependent enhancement, is rare — but researchers found worrying signs of it while trying to develop vaccines against related coronaviruses, responsible for severe acute respiratory syndrome and Middle East respiratory syndrome.

As researchers accumulate more examples of reinfection, they should be able to sort out these possibilities, says virologist Yong Poovorawan at Chulalongkorn University in Bangkok.

What implications do reinfections have for vaccine prospects?

Historically, the vaccines that have been easiest to make are against diseases in which primary infection leads to lasting immunity, says Richard Malley, a paediatric infectious-disease specialist at Boston Children’s Hospital in Massachusetts. Examples include measles and rubella.

But the capacity for reinfection does not mean that a vaccine against SARS-CoV-2 can’t be effective, he adds. Some vaccines, for example, require ‘booster’ shots to maintain protection. “It shouldn’t scare people,” Malley says. “It shouldn’t imply that a vaccine is not going to be developed or that natural immunity to this virus can’t occur, because we expect this with viruses.”

Learning more about reinfection could help researchers to develop vaccines, says Poovorawan, by teaching them which immune responses are important for maintaining immunity. For example, researchers might find that people become vulnerable to reinfection after antibodies drop below a certain level. They could then design their vaccination strategies to account for that — perhaps by using a booster shot to maintain that antibody level, Poovorawan says.

As public-health officials grapple with the dizzying logistics of vaccinating the world’s population against SARS-CoV-2, a booster shot would hardly be welcome news, but it would not place long-term immunity against SARS-CoV-2 completely out of reach, says Malley.

Still, Malley is concerned about the possibility that vaccines will only reduce symptoms during a second infection, rather than prevent that infection altogether. This provides some benefit, but it could effectively turn vaccinated individuals into asymptomatic carriers of SARS-CoV-2, putting vulnerable populations at risk. The elderly, for example, are among the hardest hit by COVID-19, yet do not tend to respond well to vaccines.

For this reason, Malley is keen to see data on how much virus people ‘shed’ when reinfected with SARS-CoV-2. “They could still serve as an important reservoir of a future spread,” he says. “We need to understand that better following natural infection and vaccination if we want to get out of this mess.”