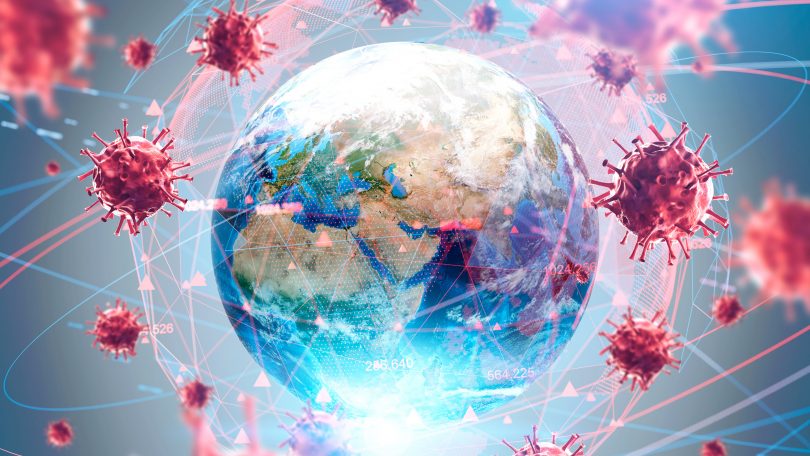 Europe’s attitude to COVID-19 might seem jarring to some Australians, especially those living under lockdown.

Europeans are returning to school, going to work, heading out for drinks and even cramming onto planes for summer holidays.

At the same time, the region is facing a major spike in infections, with tens of thousands of new coronavirus cases reported every day across the continent.

But rather than reimposing aggressive lockdown strategies adopted during the first wave, European leaders seem determined to push on with a version of life that is as close to normal as possible.

Some countries, like the UK, are actively encouraging their populations to go back to work or to socialise.

There’s less talk of defeating the virus in the short term, and more talk of living with it.

And that strategy will be tested in the coming weeks.

After initially going into lockdown earlier this year, strict restrictions were lifted in Spain in June.

Tourists quickly flocked to southern Europe to enjoy summer holidays in the sun.

With tourism accounting for up to 15 per cent of Spain’s GDP, holidaymakers were met with open arms.

But Dr Daniel Lopez Acuna, a public health physician in Spain and former World Health Organization official, said it was too much, too soon.

“I think Europe — all in all — rushed a little bit [with] the tourist season,” he told the ABC.

“When we returned to the ‘new normal’, we were not adequately aware of the fact that the virus was still circulating.”

Despite the surge in case numbers, Spain’s Government has decided against another widespread lockdown because hospitals are not under the same pressure they were during the first wave.

Only 6 per cent of hospital beds earmarked for COVID-19 patients are occupied, according to Spain’s Health Minister Salvador Illa.

“From a public health perspective the current situation does not call for a new lockdown,” he said.

“It’s very important that we do not measure the severity of the problem… only through the window of hospital saturation,” he told the ABC.

“This may take longer [to eventuate.] What we are having is a sustained community transmission that we need to control.”

Instead of widespread lockdowns, affected regions have adopted targeted strategies — like restricting the numbers of patrons in bars and restaurants, and banning smoking in some public areas.

Masks are also compulsory in most public spaces, regardless of social distancing.

“These outbreaks that we are seeing are like small isolated fires,” he said.

“The key is to extinguish those fires as rapidly as possible without letting them create a fire in the entire world.”

France is also grappling with a spike in coronavirus numbers.

Pascal Crépey, an epidemiologist at the School of Advanced Studies in Public Health, said a second wave had clearly begun.

“This second wave seems to be much slower than the first one … but still the epidemic is starting again,” he told the ABC.

Last month, France’s health minister Olivier Veran said parties and gatherings where social distancing rules were not being respected were the main source of contagion.

Mr Veran also said that in many cases, younger carriers of the virus were asymptomatic or suffered fewer complications.

Amid the rising infections, masks have become compulsory in big cities like Paris and Marseille, and most workers need to wear them, even indoors.

However, French President Emmanuel Macron is reluctant to impose another sweeping lockdown, with hospital capacity still a major factor in the decision.

For example, on Monday, 424 patients were in intensive care, compared with 7,148 during the peak in April.

“We’re doing everything to avoid another lockdown and in particular a nationwide lockdown,” Mr Macron said last week.

Proportionally, why are there fewer patients in intensive care?

One factor is increased testing, which is identifying more patients with milder symptoms.

“We’re finding a higher and higher proportion of people in the country who have coronavirus,” the UK’s health secretary Matt Hancock declared on Thursday.

For example, the UK was testing just 11,000 people a day in early April — and nearly all of them were so ill they were in hospital already.

Another major factor has been the number of young people contracting COVID-19.

According to the World Health Organization, the proportion of infected people aged 15-24 jumped from 4.5 per cent to 15 per cent in five months.

Large gatherings have presented problems for authorities. In the UK, for example, police have struggled to break up illegal raves and house parties.

In August, police used a helicopter-mounted thermal imaging camera to detect hundreds of partygoers at a home in Manchester.

Martin McKee, a professor of European Public Health at the London School of Hygiene and Tropical Medicine, said that while young people had a lower chance of death, they could still face long-term health complications.

He also warned that they could infect their loved ones.

“They are spreading cases to older people in their households and [those] they come in contact with,” Professor McKee told the ABC.

“As you release them, inevitably you’re giving opportunities for a resurgence of the virus,” he said.

“And that’s what we’re seeing.”

But like his European counterparts, Prime Minister Boris Johnson has no appetite for another total lockdown.

In fact, this week, many schools in Britain have reopened to all students, despite concerns it could fuel a second wave that is even worse than the first.

Mr Johnson declared the Government had a “moral duty” to reopen schools to protect students’ educational prospects and mental health.

At the same time, the UK Government is actively encouraging people to stop working from home, to support sandwich shops, cafes and other businesses that rely on office workers to survive.

Mr Johnson is also encouraging Britons to socialise, part of which included a government scheme that covered 50 per cent of diners’ restaurant bills. It has only just concluded, having subsidised more than 100 million meals across the month of August.

Instead of a nationwide lockdown, the UK is hoping localised lockdowns and targeted restrictions are enough to slow the spread.

Staggered start times, one-way traffic systems and the use of masks in common areas are among other safety measures being adopted.

The Scottish cities of Aberdeen and Glasgow have both been subjected to special restrictions, ranging from pub closures to bans on household gatherings.

In England, residents of Manchester and Leicester have also had their movements curtailed to control local outbreaks.

Masks are compulsory on public transport and in most shops.

By next month, the UK Government has promised surveillance testing of 150,000 people a fortnight, to help identify local outbreaks.

The UK Government faced widespread criticism for its response to the virus, which has killed more than 41,000 people.

Professor McKee said the UK still had a “long way to go” but was better placed than it was at the start of the pandemic.

“So, all of those have changed the way in which we need to respond.

“We know much more about the transmission of the virus and the ways in which we can prevent that transmission.

“What we now need to do is be more clever.”