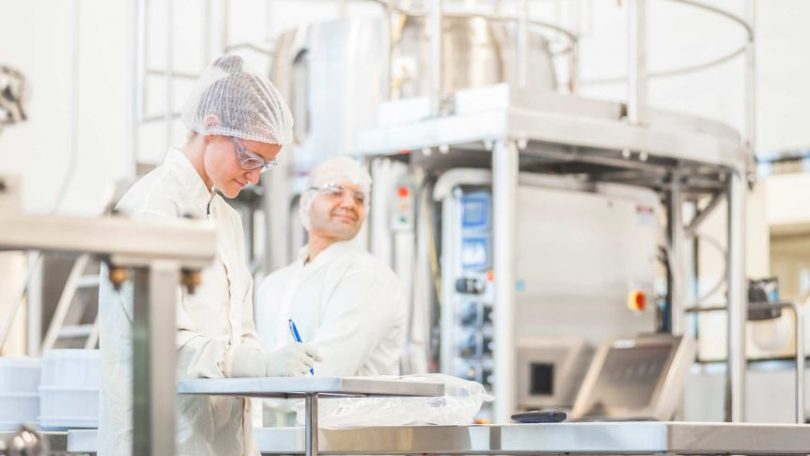 More than 84 million doses of potential coronavirus vaccines will be rolled out to Australians in stages across next year, if “promising” drug trials prove successful.

The Federal Government has already announced its intent to purchase a leading international vaccine candidate, from Oxford University and Astrazeneca, for local manufacturing if trials succeed.

It has now secured agreement for that vaccine, along with another candidate from the University of Queensland and CSL, also to be produced locally, as part of a $1.7 billion supply and production agreement.

Under the deal, early access to the Oxford/AstraZeneca vaccine could see some Australians being vaccinated as soon as January, with 3.8 million doses expected in the first two months of 2021.

Australians will only need to take one of the successful vaccine candidates, with an initial dose followed by a booster dose of the same vaccine within weeks.

It is likely vulnerable people and front-line health workers will be provided with vaccinations first.

If the Oxford vaccine trials prove successful and safe, it would be made available from the beginning of next year, while a UQ vaccine would be available mid-2021.

More than 95 per cent of the vaccine doses are expected to be manufactured in Australia, with each batch taking approximately one month to produce.

They are expected to be delivered monthly beginning in January, if they pass scientific testing and regulatory approval.

In a statement, Prime Minister Scott Morrison said both vaccines would need to be proven safe and effective in trials and meet regulatory requirements before being made publicly available.

“By securing the production and supply agreements, Australians will be among the first in the world to receive a safe and effective vaccine, should it pass late-stage testing.

Shadow Health Minister Chris Bowen said while the Labor Party supported any agreement that would secure vaccines for Australians, the Federal Government had fallen behind on signing an agreement to secure them.

“This is what the Prime Minister told Australians he had done three weeks ago, when he hadn’t yet done it.

“We welcome the fact it is now an agreement for Australia.”

“While there are still a number of milestones to be met, we are hopeful that by next year we’ll be in the fortunate position of having a vaccine candidate to support Australia and the world’s emergence from this crisis,” he said.

Large clinical trials are currently underway to test the vaccines, with the Oxford vaccine currently in a phase 3 trial of 30,000 people, and preliminary results expected to be available in December.

The UQ vaccine is in the early phase 1 clinical trial, which uses a small controlled group of people to see if it provokes an immune response. If successful, it will then move on to phase 2, which tests a few hundred people across different demographics.

The statement said Mr Morrison was committed to ensuring access to vaccines for Pacific and South-East Asian countries, with both agreements allowing for additional orders to be negotiated and for doses to be donated or on-sold to other countries or international organisations at no mark-up.

If both vaccines prove successful, that could mean as many as 30 million doses could be provided to neighbouring countries.

According to the World Health Organization, there are 165 COVID-19 vaccine candidates in development around the world, with 32 in human trials and eight in the more advanced phase 3 trials.