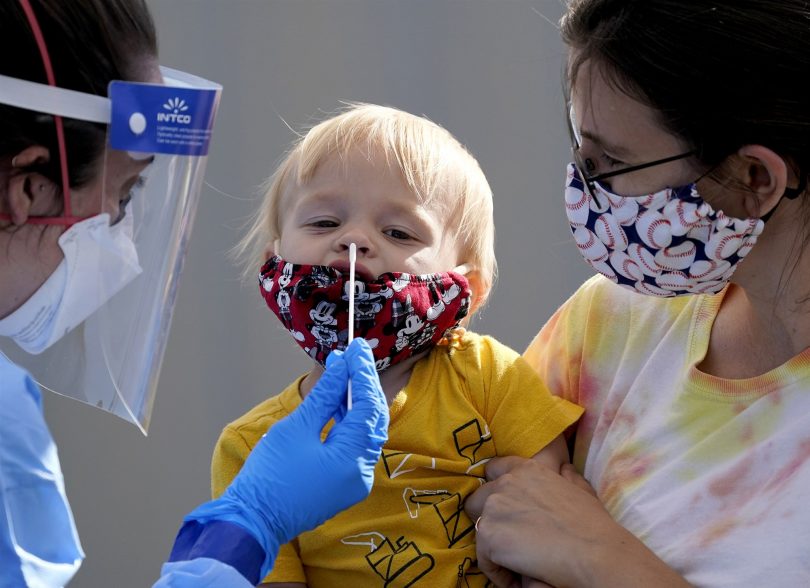 The new data are a “chilling reminder” to take the coronavirus seriously, one expert said.

More than 500,000 children in the United States have been diagnosed with COVID-19, the American Academy of Pediatrics reported Tuesday, and the rate of new cases among kids continues to rise.

From Aug. 20 to Sept. 3, there were 70,630 cases reported among children — an increase of 16 percent — bringing the national total to 513,415. The largest increases were reported in six states: Indiana, Kentucky, Missouri, Montana, North Dakota and South Dakota.

As many as 103 children have died, according to the report.

“These numbers are a chilling reminder of why we need to take this virus seriously,” Dr. Sara Goza, president of the academy, said in a statement.

The half a million pediatric cases represent 9.8 percent of the more than 6 million cases overall in the country.

The report is a collaboration between the American Academy of Pediatrics and the Children’s Hospital Association, and relies on data collected by each state.

Severe outcomes and complications of the coronavirus appear to be rare among children. Among a subset of 23 states and New York City, kids accounted for anywhere between 0.7 percent and 3.7 percent of patients sick enough to be hospitalized.

While children may be largely spared the worst outcomes, experts say they can spread the virus to more vulnerable family members.

“While much remains unknown about COVID-19, we do know that the spread among children reflects what is happening in the broader communities,” Goza said. “A disproportionate number of cases are reported in Black and Hispanic children and in places where there is high poverty.”

Researchers said much of the surge in pediatric cases over the summer occurred in the South, the Midwest and the West.

“This rapid rise in positive cases occurred over the summer, and as the weather cools, we know people will spend more time indoors,” Dr. Sean O’Leary, vice chair of the American Academy of Pediatrics’ Committee on Infectious Diseases, said in a statement.

Also Tuesday, the academy recommended every child over age 6 months should get the flu vaccine before the end of October, to help prevent a “twindemic” of influenza and the coronavirus.

“The goal is to get children back into schools for in-person learning, but in many communities, this is not possible as the virus spreads unchecked,” O’Leary said. “We must take this seriously and implement the public health measures we know can help; that includes wearing masks, avoiding large crowds, and maintaining social distance.”