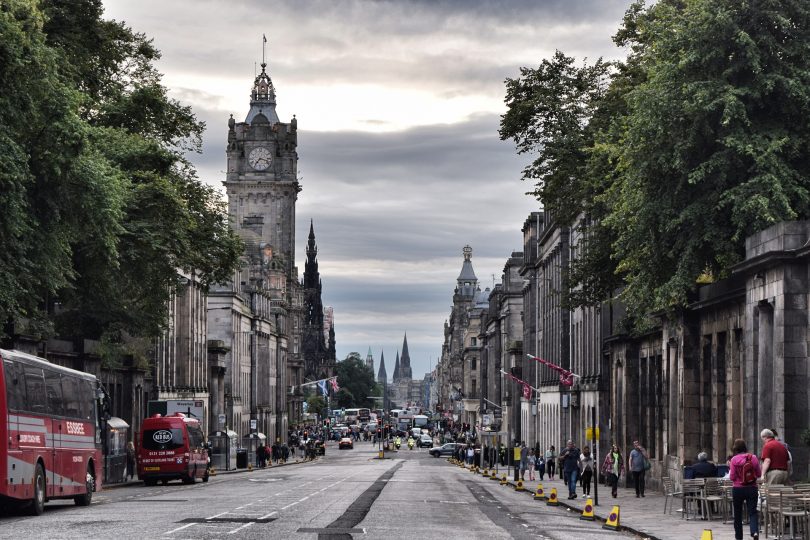 The significant reduction in vehicle journeys during the COVID-19 lockdown did not reduce the level of toxic fine particles in Scotland’s air, according to experts at the University of Stirling.

Analysis of fine particulate air pollution (PM2.5) in the first month of restrictions found little change – despite a 65 per cent reduction in the number of vehicles on the country’s roads.

The team that led the research, from Stirling’s Institute for Social Marketing and Health, say their findings suggest that traffic is not a key contributor to outdoor air pollution in Scotland – and, in fact, that people may be at greater risk from air pollution in their own homes.

Dr Ruaraidh Dobson, who led the study, said: “It has been assumed that fewer cars on the road might have led to a decline in the level of air pollution outdoors and, in turn, reduce the number of cases of ill health linked to this pollution. However, our study – contrary to research from places such as Wuhan in China, and Milan – found no evidence of fine particulate air pollution declining in Scotland because of lockdown.

“This suggests that vehicles aren’t an important cause of this very harmful type of air pollution in Scotland – and people may be at greater risk from poor air quality in their own homes, especially where cooking and smoking is taking place in enclosed and poorly ventilated spaces.”

Road traffic significantly reduced across the world following the introduction of COVID-19 restrictions and research has linked the change to improvements in outdoor air quality in some areas. It has been suggested that this may result in positive health effects.

Dr Dobson and colleague Dr Sean Semple analysed data from 70 roadside monitoring stations around Scotland from March 24 – the day after lockdown was introduced in the UK – to April 23. They then compared the data to comparative 31-day periods in 2017, 2018 and 2019.

The 2020 figure was substantially lower than the markedly high concentrations observed in 2019 (12.8 μg/m3), however, the authors pointed out this was an “outlier” likely caused by a meteorological event that caused fine particulate dust from the Saharan desert to impact on UK air quality in April of that year. Significantly, removing the affected period from the 2019 analysis, reduces the mean value to (7.8 μg/m3).

The team did, however, note a reduction in nitrogen dioxide – specifically associated with vehicle exhaust emissions – in 2020, compared to the other three years.

It continues: “In countries, like Scotland, where it appears that the lockdown has not led to reductions in outdoor fine particulate matter pollution, it is possible that personal exposure to PM2.5 may actually have increased rather than declined, due to higher concentrations from indoor sources of particulate within the home setting.

“This could increase adverse health effects overall and also health inequalities – lower income people are more likely to smoke and to smoke indoors, and are likely to have smaller homes leading to higher PM2.5 concentrations from individual sources, due to smaller room volumes.

“If the severity of COVID-19 is related to air pollution exposure – as has been suggested – increased exposure to PM2.5 could potentially increase the death toll of that disease. Careful and balanced consideration of both outdoor and indoor sources of PM2.5 is essential to tackling the health harm of air pollution effectively and equitably.”