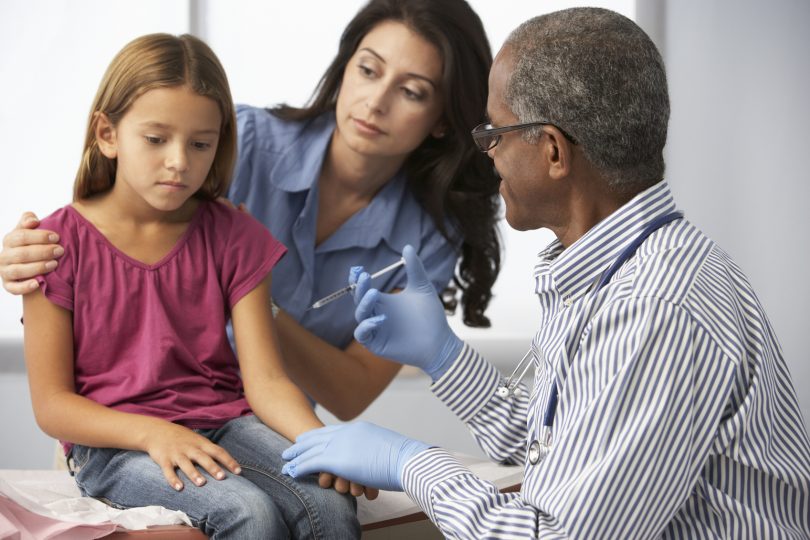 Amidst a global pandemic, while so many of us cling fiercely to the hope vaccines may return a semblance of normality to our lives, it is more important than ever to understand why others are hesitant about receiving this potential protection.

A recent survey suggests up to a third of Americans wouldn’t agree to taking a coronavirus vaccine if one was available now. To be fair, hasty vaccine development does come with its own set of risks; in fact, the trial for a leading candidate vaccine has just been put on hold due to safety concerns, although it’s a common occurrence in clinical trials.

But – once they’ve gone through clinical testing – the overwhelming evidence is that for the most part, vaccines are incredibly safe and effective, and have saved millions of lives in this century alone.

While it’s easy to dismiss people’s uncertainty over vaccines as simple lack of education, studies have actually been conflicting when it comes to nailing down the true causes of vaccine hesitancy.

US medical records have shown that those who refused vaccines were more likely to reside in well-educated areas, whereas a study in Canada has demonstrated the opposite.

In a new study, University of Toronto psychologist Rebekah Reuben and colleagues recruited 484 parents from the US, Canada, and the UK. They asked them to complete an online survey with questions about their demographics, how much they trusted various health services, institutions and professions, attitudes towards vaccination, and levels of disgust sensitivity.

While the team found education levels and religiosity were indeed correlated with vaccine hesitancy, there’s a little more to it.

“Trust in medicine was the most significant predictor of parent attitudes about childhood vaccines scores, with lowered trust in medicine predicting greater vaccine hesitancy,” they wrote.

“Big pharma” has provided us all with plenty of reason to be suspicious, and many of us have perfectly rational reasons to be mistrustful of doctors too. Doctors are fallible humans, just like the rest of us.

They can make mistakes, particularly in overstretched medical systems when they’re time poor, and their bedside manner can be dismissive. In turn, these experiences can lead people to reach out for help elsewhere, like doing their own ‘research’ online or seeking alternative medicine.

Reuben and her team point out that vaccination campaigns focussed on people trusting their health professionals, like this Canadian government one, are therefore missing the point.

Instead, medical providers and public health agencies could “aim to build trust with parents by using a combination of scientific fact and storytelling – adopting the narrative strategies often used on anti-vaccination sites,” they wrote.

Disgust also played a large role in surveyed parents’ uncertainty around vaccines, with people scoring higher on disgust sensitivity also displaying greater vaccine hesitancy. This is the first time this has been tested, the researchers said, and it offers an explanation for a previous study that found visuals demonstrating what diseases like measles and rubella do to a person can shift vaccine-hesitant minds.

The researchers caution that their survey is not a true reflection of the general population, as their methods only looked at parents and were restricted to those with internet access, who tend to be younger.

But they point out this particular subgroup is also one exposed to the masses of anti-vaccination messaging prevalent online.

While it’s easy to feel superior to ‘anti-vaxxers’, this attitude can be counterproductive when one is faced with genuine vaccination hesitancy.

So is assailing those feeling uncertain with facts – even though this may seem like the right thing to do, time and time again we’ve seen this just does not work. In fact, this tactic can drive people even harder towards their mistaken beliefs.

Increasing online health literacy could empower those with trust issues to reach better conclusions when doing their own research online.

If you do know someone who is worried about vaccination, try to understand the real reason behind their mistrust. Only by gaining and retaining their trust will you have any hope of changing their minds.

This research was published in PLOS One.