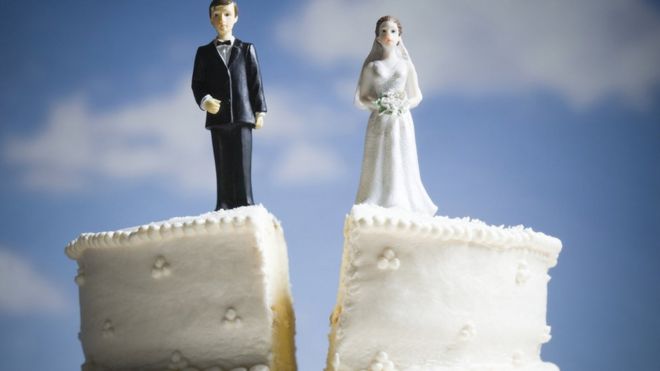 The coronavirus pandemic is creating an “enormous strain” on relationships, an advice charity has warned, with family lawyers predicting a “post-lockdown divorce boom”.

Citizens Advice said divorce guidance searches had risen since April after a drop in visits when lockdown started.

It said views on its divorce webpage on the first September weekend were up 25% compared with the same date in 2019.

Slater and Gordon said the pandemic had “exacerbated” marriage problems.

It said September was “ordinarily a busy month for family lawyers” as couples would often “attempt a last-ditch summer holiday” before ending their relationship.

Family lawyer Georgina Chase said about 30% of matrimonial enquires she had received had been from couples separating because of issues in relationships being “exacerbated” during the lockdown.

“It’s an extreme change of circumstances for spouses and any issues in the marriage have been compounded by lockdown, that’s where we are seeing the increase,” she said.

“It’s the straw that broke the camel’s back.”

Ms Chase said the increase in cases meant a “backlog” was forming in courts’ administration.

Citizens Advice data showed searches for advice about getting a divorce peaked on Sundays, with the designated web page being in the top two most-viewed on its website for the past four weekends.

On the first weekend of September, its advice webpage amassed more than 2200 views, a 25% rise on the same weekend in 2019.

Tom MacInnes, chief analyst for Citizens Advice, said: “We know that this pandemic has put an enormous strain on people financially but our data shows that strain is also being felt in people’s relationships.”

He said the types of advice sought differed on weekdays and weekends at a time where the charity has seen record-breaking demand.

The charity said data showed as the national lockdown was eased earlier in the summer people continued to search for advice on “essential” issues such as benefits and redundancy but then switched to advice on divorce, wills and noisy neighbours at weekends.

The analyst said there had been a “surge” in the number of people with concerns about returning to work and an “immediate spike” in views on advice around meeting following the new guidance issued by the government.