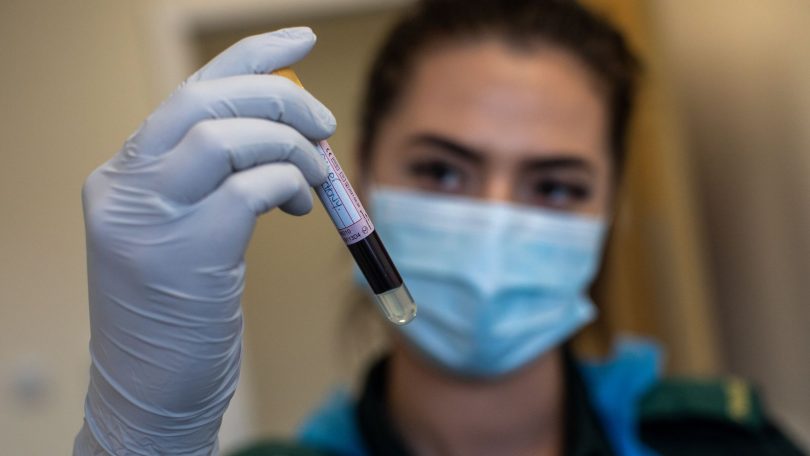 Newly released SAGE documents say levels of immunity are unlikely to mitigate the impact of “a significant winter resurgence”.

Just 6% of the UK’s population had COVID-19 antibodies at the start of September, the government’s scientific advisers have warned.

Newly released documents from the Scientific Advisory Group for Emergencies (SAGE) said current levels of immunity were unlikely to mitigate the impact of “a significant winter resurgence”.

There is also evidence that antibody levels wane over two to three months, according to minutes from a SAGE meeting on 3 September.

“Evidence from serology studies suggest a small proportion (about 6%) of the UK population has antibodies to COVID-19,” SAGE said.

“There is an antibody response in nearly all infected people, including those who are asymptomatic (high confidence).

“It is not yet known how long these responses last, the degree of protection conferred, or effects on transmission, but where neutralising antibodies are present, protection against infections seems very likely (medium confidence).”

SAGE added: “There is evidence of antibody levels waning over 2-3 months (medium confidence).

“There is evidence that individuals with certain types and levels of antibody can still have significant viral load and potentially transmit the virus (high confidence).”

Health Secretary Matt Hancock said in May that a study had shown at least 5% of people in the UK had developed COVID-19 antibodies.

Meanwhile, researchers from Imperial College Healthcare NHS Trust found just under 6% of England’s population had antibodies for the virus at the end of June – an estimated 3.4 million people.

The latest revelations come as official figures show the coronavirus transmission rate – the R number – could now be as high as 1.4 in the UK.

SAGE said there is “widespread growth of the epidemic across the country”, with the number of new infections growing by between 2% and 7% every day.

The Office for National Statistics said cases are thought to have almost doubled in a week to 6,000 a day in England, its worst prediction since mid-May.

Parts of the North West, West Yorkshire and the Midlands are now being placed under further localised restrictions.

It means that, from Tuesday, one in five of the UK population – just under 13 million people – will be living under extra restrictions.

Twenty-seven more people died in the UK having tested positive for the virus, with the number of deaths now at 41,732.

Separate figures published by the UK’s statistics agencies show there have now been 57,500 deaths registered in the UK where COVID-19 was mentioned on the death certificate.