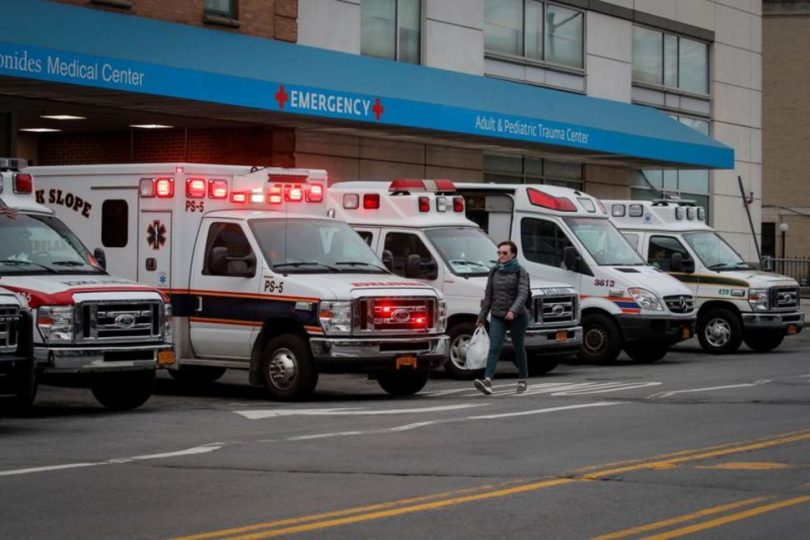 NEW YORK (Reuters) – New York City’s Health Department has identified a new cluster of COVID-19 cases in Brooklyn, and said on Tuesday a marked uptick in infections there and in some other neighborhoods is “cause for significant concern.”

Four areas have seen a large increase in cases between early August and last week, Patrick Gallahue, a spokesman for the city’s Department of Health and Mental Hygiene, wrote in an email to reporters.

After becoming the global epicenter of the coronavirus pandemic in the spring, the city has managed to bring the number of positive test results to below 1% through social distancing measures.

However, in the borough of Queens, positive cases have risen to 2.24% in Kew Gardens and 3.69% in Edgemere-Far Rockaway. In Brooklyn, officials are concerned about Williamsburg, with a 2% positive rate, and a southern part of the borough that includes Midwood, Borough Park and Bensonhurst, where the positive rate is 4.71%.

“It is now clear that these signals in the south of Brooklyn have coalesced into one cluster we are calling the Ocean Parkway Cluster,” Gallahue wrote in the email.

“At this point in time, these increases could potentially evolve into more widespread community transmission and spread to other neighborhoods unless action is taken.”

The department said it would continue to urge people to avoid large indoor gatherings, wear masks when socially distancing is not possible and to get tested for the virus frequently.

“We will have more to say in the days ahead,” Gallahue wrote.