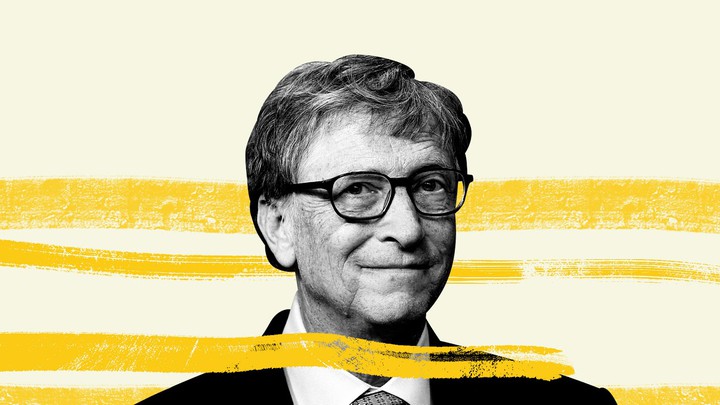 “If you only look at COVID deaths, you’re actually missing the scale of the setback.”

In April 2018, I spoke with Bill Gates about two near certainties—that the world would eventually face a serious pandemic and that it was not prepared for one. Even then, Gates acknowledged that this was the rare scenario that punctured his trademark optimism about global progress. “My general narrative is: Hey, we’re making great progress and we just need to accelerate it,” he told me. “Here, I’m bringing more of: Hey, you thought this was bad? [You should] really feel bad.”

Two years after that conversation, COVID-19 has infected at least 31 million people around the world. The confirmed death toll is nearing 1 million. Both numbers are likely underestimates. The annual “Goalkeepers Report” from the Bill & Melinda Gates Foundation, which is usually a hopeful account of an improving world, is instead a litany of loss. The global economy will decline by at least $12 trillion by the end of 2021. About 37 million people have already been pushed into extreme poverty. Twenty-five years of progress in vaccine coverage have disappeared in 25 weeks.

Today at The Atlantic Festival, I talked (virtually) with Gates again about the lessons that the world—the United States in particular—must learn from the coronavirus pandemic.

This interview has been edited for length and clarity.

Ed Yong: Bill, we last spoke about this topic in 2018, a very different time. How do you feel about the way the pandemic has played out this year?

Bill Gates: Well, sadly, I think the most pessimistic view of how unprepared we were has actually played out, particularly in the United States. With something that can grow exponentially, like infectious disease, a little bit of preparedness makes such a difference. A few countries have distinguished themselves, but most countries have not.

Yong: And looking at how the U.S. has fared, what has surprised you, and where do you see we’ve gone wrong?

Gates: The U.S. had a lot of assets going into this. We weren’t ground zero, so the U.S. had more time to get ready. The U.S. has more PCR [polymerase chain reaction] machines than all other countries per capita. We are very blessed with an expensive medical infrastructure. And we have groups like the CDC [Centers for Disease Control and Prevention] and BARDA [the Biomedical Advanced Research and Development Authority]. So the U.S. had done more to get ready than other countries had in advance.

I would have expected us to get the commercial [testing] providers up and going like South Korea or Germany or Australia did. There were so many phone calls about, We have to get diagnostic capacity up and we have to get quick results. I participated in a lot of those calls. And yet, to this day, that’s just a complete mess.

Yong: I think you are one of the few people who has had direct contact with the president and the administration about the matter of pandemic preparedness. What is your assessment of America’s leaders and their response to this pandemic?

Gates: Even though the U.S. didn’t do a very good job, most other countries didn’t. There were a few that had been hit by SARS or MERS that had practice understanding, Oh, wow, diagnosis, contact tracing is super important, so they are among the countries that did the best. So I’d give the U.S., like, a C–.

Once it hit, the first community spread of coronavirus in the United States should have set off such alarms. This notion that the travel ban was some beneficial thing, that’s just not true. And then after the pandemic starts, there hasn’t been any coherence.

Now the R&D funding, I will say that’s where the U.S. actually does get the highest grade in the world. We need to complement that with funding the factories and the procurement for the global response, in which the U.S. has been absent so far. But I’m still hopeful that if there’s another supplemental bill, we’ll get about $8 billion for international COVID activities into that.

Yong: Do you think that the pandemic should change the way we think about global health? In this crisis, many of the richest countries have fared appallingly, whereas many poorer ones, Senegal to Vietnam, have actually done really well. Do you think that this should be cause for humility and change in our approach?

Gates: Certainly humility is called for because the damage—whether it’s economic, educational, mental health—is so large. Other than a world war, this is the worst thing that’s happened in over a century. And so we should all say, “Wow, we didn’t understand about masks; we didn’t understand about asymptomatics.” Even the medical profession. We haven’t taken understanding these different respiratory diseases quite as seriously as we should. So everyone has lessons here.

Yong: I think that one of the things the pandemic has highlighted is the relevance of social interventions. The pandemic has so much widened inequities, both around the world and domestically, between rich and poor. It has disproportionately hit Black and Latinx and Indigenous communities. How are you thinking about those disparities and what needs to be done to address them?

Gates: Yeah, it’s kind of unbelievable that every dimension of inequity has been exacerbated here. Every other year, [our “Goalkeeper’s Report”] has been this positive story of gradual progress—less children dying, less malnutrition, longer life spans. We get to say to the world, “Hey, pay attention to that steady progress.”

This report had to deliver the news that if you only look at COVID deaths, you’re actually missing the scale of the setback. Because it’s also routine immunization, malaria, getting HIV medicines. Things are so disrupted, even gathering the numbers for that was very, very difficult. But we dropped our routine-immunization levels by over 14 percent. There’s going to have to be a stronger equity agenda, hopefully on a global basis, once we get out of this. Thirty-seven million people have been driven into extreme poverty. That’s really just gut-wrenching.

Most of the time when we talk about infectious diseases, our problem is, the world doesn’t pay attention to malaria or TB. Here, because people care so much about getting the [COVID-19] vaccines, they’re actually saying, “Okay, we should maybe be even less generous.” The kind of generosity that historically has helped might even go down.

Yong: Do you see those kinds of inequities also play out in the U.S.? One of my concerns is that the groups that have been disproportionately burdened by this pandemic and by this long-standing history of systemic discrimination will be last in line to receive the vaccine. What work should and can be done to reduce that inequity back home?

Gates: One way to help with that is to have so much volume that you’re not making superhard trade-offs. With our vaccine expertise in the foundation, we’re trying to help with that. If multiple [vaccines] get approved, actually, the volumes could be quite large.

We should look at the risk levels. And based on that, you would say that communities including Blacks and Hispanics would have higher priority. You can come up with what the equitable priority ranking should be, [but] I’m not seeing that sense of gathering the data to come up with those algorithms. It’s kind of bizarre that you have these overoptimistic projections that the vaccine will come soon. When you read the 67-page report about how it’s distributed, it doesn’t actually concretely identify the criteria or how the information is going to be gathered to do the prioritization.

It’s just like everything with this—the vacuum of leadership and the unwillingness of people to step forward because it’ll say, “Oh, you know, this thing’s a mess.”

Yong: You and your foundation have shaped a lot of the research, the funding space, the thinking around global health. Looking at what is happening with a pandemic this year, with the benefit of hindsight, do you see any mistakes? Would you do anything differently in the future?

Gates: I think the prescription is still the same as it was before this pandemic, and the cost of doing it is in the tens of billions, not hundreds of billions. Compared to, say, defense budgets, this is not a gigantic additional burden. And, in fact, if it’s done appropriately, it will drive progress and will help us with diseases that are here today.

I think we can be ready for the next time, so that if something that’s not much worse than this hits, the impact would be, you know, 5 percent of what it’s been here.

Yong: Do you think that this crisis will actually spur introspection?

So yes, it takes rich people getting sick. It takes rich economies being affected. But when that happens, the world gets together. If this had hit 20 years ago, with the state of biology, digital infrastructure, you would have had to just pray that it didn’t come back. Now we do have all the things that we need so that a pathogen like this wouldn’t be a big deal in the future.

Yong: I hope you are right, Bill. Thank you so much for taking the time to speak to us today. Really appreciate it.

Gates: Great to talk to you.