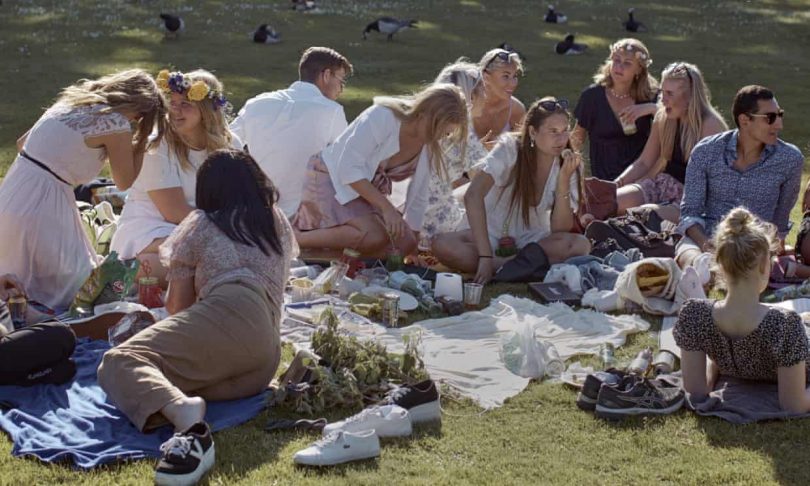 EU governments that locked down are increasingly emulating the one that did not, but experts warn that Sweden’s Covid approach, relying more on voluntary compliance than coercion, will not suit all – and big questions remain over whether it has worked for Sweden.

As infections surge in several European countries, France, which is currently averaging nearly 12,000 cases a day, has ruled out another national lockdown, instead pursuing a strategy the prime minister, Jean Castex, calls “living with the virus” and imposing local measures.

Spain, which this week passed 700,000 cases, has also rejected a second shutdown. “We have the tools we need,” said the prime minister, Pedro Sánchez. “But we need the help of our citizens. Individual commitment is fundamental.”

In the UK, foreign minister, Dominic Raab, felt obliged to deny what Carl Heneghan, director of the Centre for Evidence-Based Medicine at Oxford, has called a clear “shift in policy” that amounted to “a move towards Sweden”, with more reliance on personal responsibility and an acceptance that case numbers will rise.

Measures to contain the virus generally no longer look blanket, dictated by central government and mandatory, but local and reliant on individual civic responsibility more than laws – a “light-touch” approach many now associate with Sweden.

Dorit Nitzan, the WHO’s regional emergency director for Europe, said Sweden’s focus on sustainability over time, citizen engagement and voluntary compliance was interesting because “this is the time we all have to learn to live with this virus”.

But Nitzan stressed there was no “one size fits all” solution and every approach should be based on situation and context. If the WHO was keen to learn more from Sweden, it was because it saw the country as one that had “adapted its response to its people’s behaviour and background, and leveraged that to make it effective”.

Unlike many countries, Sweden closed colleges and universities for the over-16s, but kept schools for younger pupils open. The country also banned gatherings of more than 50 people, and urged those over 70 and in at-risk groups to self-isolate.

Otherwise, the country’s 10 million people were asked, not ordered, to respect physical distancing and work from home if possible, which most did. Shops, bars, restaurants and gyms stayed open; masks have not been recommended.

The chief epidemiologist, Anders Tegnell, has insisted the aim was not to achieve rapid herd immunity, but to slow the spread enough for health services to cope. The crisis was “a marathon, not a sprint”, he has repeatedly said, arguing Sweden’s approach may prove more sustainable than lockdowns.

Authorities also argued that public health should be viewed in the broadest sense, saying strict mandatory lockdowns could have serious secondary impacts, including increased unemployment and mental health problems, and themselves cost lives.

Big questions remain, however, about the Swedish approach, which has been bitterly contested by some within and outside Sweden. While polls show most Swedes back it, critics have accused Tegnell and Sweden’s public health agency of stubbornly ignoring both scientific evidence and some WHO recommendations.

In May, the country recorded the most Covid-19 deaths per capita in Europe. Its toll per million inhabitants remains 10 times higher than that of Norway and Finland, although lower than Spain and Italy.

Nearly half Sweden’s 5,878 deaths occurred in care homes, leading to angry accusations that the country had failed to protect its most vulnerable – in effect, sacrificing the elderly so as not to overwhelm intensive care beds. The government has admitted to serious failings in the care sector.

While there are now signs the number of new infections is rising again and authorities have said new restrictions in Stockholm are possible, Sweden has not so far seen the very sharp recent increase in cases experienced by Spain, France and about a dozen other European countries since August.

According to the European Centre for Disease Prevention and Control, it has reported 37 new cases per 100,000 inhabitants in the last 14 days, compared with 320 in Spain, 229 in the Czech Republic, 205 in France, 139 in Belgium and 132 in the Netherlands.

Others, however – such as Italy, with a 14-day total of just 35 infections per 100,000 – have also managed to dodge the continent’s recent surge, and there is no certainty that Sweden will continue to be spared through the autumn: immunity appears to be significantly lower than the national health agency predicted.

Experts say it is still far to early to judge any country’s approach. Nonetheless, Sweden’s response could still hold broader lessons providing that people understand what it is, according to Antoine Flahault, a professor of public health and director of the Institute for Global Health at the University of Geneva, who said the approach had been widely caricatured.

“Many people think that because Sweden did not lock down, the government did nothing,” he said. “In fact it took several key measures. But mainly, it managed to make citizens understand and participate in the fight against the virus, without coercion, mandatory laws or regulations. The effect was not very different.”

David Heymann, a professor of infectious disease epidemiology in London who chairs a WHO advisory group, said countries “must face the fact that we are going to have to live with this virus, which is on the way to becoming endemic”.

That would largely involve “making responsible populations understand how to protect themselves and protect others”, as well as containing outbreaks as they occurr through prompt and efficient contact tracing, Heymann said.

Nitzan stressed that Sweden’s approach may not be applicable everywhere. Other countries should take into account that “in Sweden, the social contract between the government and its population is historically based on a very high level of trust”, she said. “That is the way the Swedish people and the government interact.”

Following the Swedish example, therefore, should not mean “adopting the exact same measures”, she said. “There are lessons to learn from every country. Nonehas done it perfectly; all have made mistakes.

“Each country’s strategy to curb Covid-19 should be based on its specific situation and context, and be both scientifically sound and culturally acceptable. This is Sweden’s approach.”