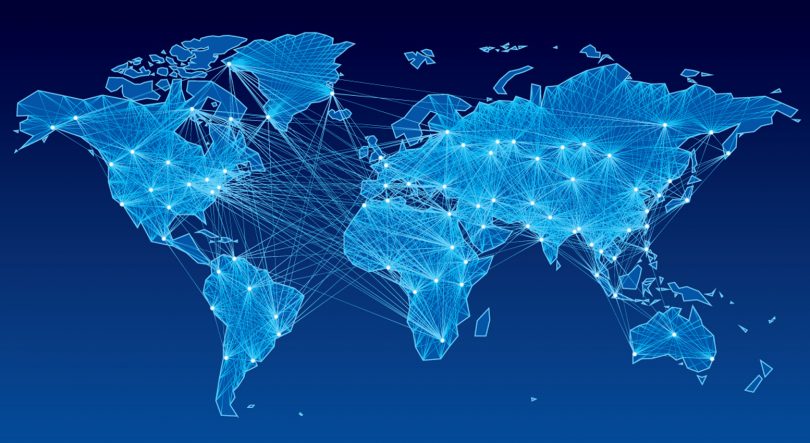 Before the COVID-19 pandemic, Brenda Hernández Hernández never expected to attend Botany 2020, the major conference in her field. A master’s student at the National Autonomous University of Mexico (UNAM) who plans to pursue an academic career, she knew that attending an international conference would be a great professional opportunity. But she didn’t have a visa to travel to Anchorage, Alaska, where the meeting was planned to be held—not to mention the financial resources to make the trip.

All that changed when COVID-19 hit and the conference organizers adopted a virtual format. Hernández’s adviser encouraged her to not only attend her first conference ever, but also to present a lightning talk. As a result, Hernández received valuable feedback about her research and got to know some of the people working in her field, and she’s more confident than ever about her intention to pursue a Ph.D.

But as the pandemic forced many conferences to adopt virtual formats, the option to attend from home—often with discounted or free registration—led to surges in participation. A survey by Science Careers of 10 U.S.-based meetings of scientific societies across a variety of disciplines showed that most saw higher—and perhaps more diverse—attendance than in previous years. The Conference on Lasers and Electro-Optics (commonly referred to as “CLEO”) and the American Association for Cancer Research Annual Meeting—both of which offered free access—showed the greatest attendance increases, growing approximately fivefold to about 20,000 and 100,000 attendees, respectively.

But virtual conferences may not serve the needs of all scientific communities. The Joint Statistical Meetings (JSM), for example, was smaller than it had been in previous years, despite offering a registration discount of about 70%. “Some might still value face-to-face interactions,” notes Stephen Porzio, associate executive director and director of operations for the American Statistical Association, which runs JSM.

In many cases, international participation also appears to have increased. The number of countries represented at the American Physical Society April Meeting jumped from 28 in 2019 to 79 in 2020, in addition to an overall attendance increase of about 300%. Attendance for this year’s Ecological Society of America (ESA) Annual Meeting—with registration fees about 50% lower than 2019—was approximately the same as what organizers expected for an in-person meeting, according to ESA Executive Director Catherine O’Riordan. But, she adds, “we didn’t have the same people.” About 20% of participants tuned in from abroad; in previous years, only about 8% of attendees were international. The virtual format “enabled us to market it further beyond the United States,” O’Riordan says. Similarly, the overall attendance for Botany 2020—which offered a registration discount of about 75% for various member types compared with 2019 fees—was comparable to previous years, but the number of countries represented increased from 35 to 45. That included attendees from countries that had not been represented in recent years, including Russia, Rwanda, and Singapore.

The members of Vinita Gowda’s lab at the Indian Institute of Science Education and Research, Bhopal, were part of that increase in international participants for Botany 2020. Under normal circumstances, Gowda—an associate professor—prioritizes resources for senior students to attend conferences outside her country. The networking opportunities such meetings offer are crucial for landing postdoctoral positions, she says. However, when she learned Botany 2020 would be held online, she saw it as a chance for other members of her lab to learn about research done abroad and the culture of international science. “Pretty much my entire lab presented,” she says. “That can only happen with the online format, so I am absolutely for it. I don’t think people in the U.S. understand what it has done for people like me who are outside.” Gowda was especially pleased with the level of engagement from those who attended her students’ presentations. “I have never received as many comments about our work as this year,” she says, noting that several people reached out to her after seeing her students’ presentations. “I cannot think of anything negative about [the virtual format].”

Virtual conferences are also more accessible for some researchers with disabilities. “As a deaf scientist, I feel that my access has improved,” writes Peter Hauser, a professor at the National Technical Institute for the Deaf at Rochester Institute of Technology in New York, in an email. For past in-person conferences, even when conference organizers arranged to have sign language interpreters at meetings, they were not necessarily familiar with the scientific discipline. “This used to be a huge barrier,” he writes. With virtual conferences, however, he can work with experienced specialist interpreters from anywhere in the world without worrying about travel.

While virtual conferences have lifted some barriers to participation, they also introduce some new obstacles. Francisca Usha Ely Bali, an associate professor at the University of the Andes who gave two talks at Botany 2020, almost had to cancel because, as she puts it, “internet in Venezuela is terrible.” (This continues to be an issue for her; Science Careers was only able to connect with her through WhatsApp text messages.) “Recording my talks on Zoom and uploading them was an ordeal because of internet connectivity problems and power outages,” she writes.

Networking in a virtual format can also present a challenge. A number of conferences included mixers and happy hours held on Zoom, but some students mentioned being exhausted after staring at the computer all day. Even so, connecting virtually may lead to more relaxed interactions. “People are less shy,” says Marcelo Pace, an associate professor at UNAM. He attended Botany 2020 with his three students, who were only able to experience the meeting because of the virtual format. Attendees for that conference could also send messages directly to others with just the click of a button. Virtual networking like this can work particularly well for younger attendees, Pace notes, because “[online] chatting has been part of their lives since they were born.”

Botany 2020 and several other virtual conferences also used platforms that included a chat box for audience members and presenters to communicate. This format can help alleviate nerves around answering audience questions because it gives presenters the opportunity to formulate more polished responses than they might be able to offer in-person. That was reassuring to Enmily Sánchez, an undergraduate student from the Technological University of Indoamérica in Ecuador who presented a poster at Botany 2020—the first time she had presented outside her country and in English. Being able to draft her answers in writing helped her fight feelings of “fear and embarrassment” about her English, she says.

Many of the researchers Science Careers spoke with are hopeful that future meetings will offer some kind of hybrid format, with both virtual and in-person options. But, according to conference organizers, this is easier said than done. Logistically, this would require resources for two meetings. As Jean Rosenberg, director of meetings and events for the American Society of Plant Biologists, says, “it’s not just putting something on Zoom.”