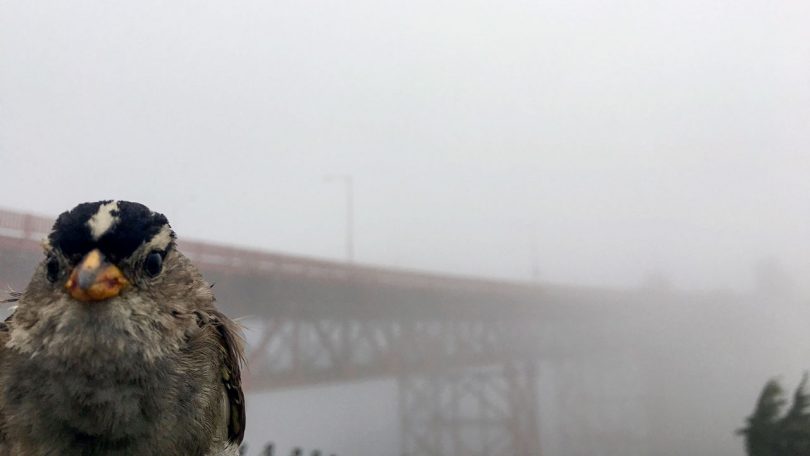 White-crowned sparrows are tough birds, able to survive the hustle and bustle of many North American cities. But growing noise pollution has forced males to sing louder, less effective songs in order to be heard by rivals and mates. During the pandemic lockdown this spring, the background din quieted. A new study shows that, in just a matter of weeks, the sparrows’ songs recovered the acoustic quality of songs sung decades ago, when city life was less noisy.

Elizabeth Derryberry, a behavioral ecologist at the University of Tennessee, Knoxville, and her colleagues have studied white-crowned sparrows in and around San Francisco for more than 2 decades, comparing their songs with recordings made in the 1970s. As traffic levels increased, the lowest frequencies of the sparrows’ songs rose, so as not to be drowned out by the background hum of vehicles. But their top frequencies remained about the same, narrowing the total bandwidth of their communication.

For many bird species, songs degraded in this way are less effective at deterring rivals and attracting females. Birds sing louder in noisy environments, and research has shown the resulting stress can speed aging and disrupt their metabolisms. Noise can also keep them from hearing their own chicks—or the warnings of fellow birds; it may even be driving down bird diversity in many cities.

When the pandemic lockdown began in mid-March, Derryberry remembers seeing a striking photo of the Golden Gate Bridge. “I was like, ‘Oh my God, it’s empty.’” And that made her wonder how the sparrows were responding to the quieter conditions.

Derryberry couldn’t travel to California, but her colleague, Jenny Phillips, a behavioral ecologist at California Polytechnic State University, recorded the birds in San Francisco and the surrounding areas (below). Her recordings revealed that the sparrows were singing 30% softer, on average, than before the lockdown. What’s more, they were singing songs with bandwidths typical of birds recorded in the 1970s. The combination of less background noise and the better signal from wider bandwidth meant the males could likely hear each other from twice as far away than before, they report today in Science.

The improved communication may have helped rival males avoid each other, meaning fewer fights. Phillips has previously found that urban birds are generally quicker to attack rivals. “I think that the aggression levels might have gone down so that everybody chilled out,” Derryberry says.

The new finding is “good news from the point of view of the birds,” says Sue Anne Zollinger, an ornithologist at Manchester Metropolitan University, who was not involved in the work. By showing the sparrows can adjust their songs to their environment, the study suggests species with more flexible behaviors can cope with aspects of changing environments. Reducing noise might allow other noise-sensitive bird species, such as California quail, to return to cities where they once sang. “If we can work to make things quieter, it will really have a big impact.”

But the respite provided by the pandemic has been short lived, as traffic and noise return to cities. When the birds start their springtime serenades next year, Derryberry and her colleagues plan to see whether their songs are suffering again.