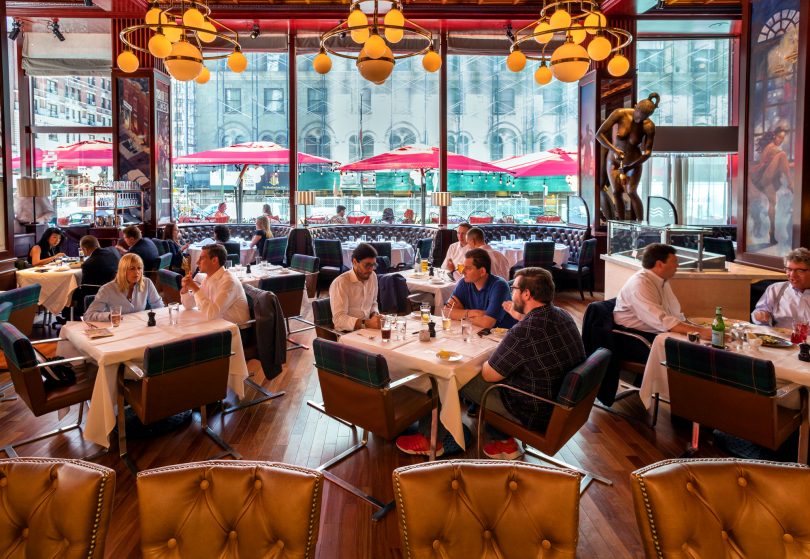 Contra Costa County also moves into red tier, leaving Sonoma as the only county in Bay Area in purple tier

San Francisco became the first in the Bay Area to enter the orange, or “moderate,” tier of the state’s color-coded reopening system — the second-least restrictive. Contra Costa County exited the most severe purple tier for the red tier, joining Alameda, Santa Clara and San Mateo counties and signaling infections are “substantial” but no longer “widespread.”

For shoppers, diners and business owners, what can open now and where is still a bit of a puzzle. Local authorities may maintain restrictions even after state health officials clear them for reopening, which has angered many business owners in parts of the Bay Area, such as Santa Clara and Alameda counties, that have been slow to reopen.

San Francisco had not allowed indoor dining, even though it had been permitted to do so by the state since it had been in the “red” tier since late August. That changed Tuesday, when officials cleared the way for restaurants to open dining rooms at 25% capacity as the city reached the “orange” tier.

“We know this continues to be a challenging time with people struggling economically and emotionally,” Mayor London Breed said Tuesday in a statement. “However, thanks to San Francisco’s commitment to following public health guidance, we are seeing improvements in our numbers, which means we can continue to move forward with reopening.”

Health and Human Services Agency Secretary Dr. Mark Ghaly said “that is a concern,” as he had signaled last week that the decline in new cases and hospitalizations was slowing.

But improvements continued in Bay Area counties. Contra Costa County health officials say they will now align with the state’s restrictions for red-tier counties, similar to what San Mateo county did last week.

Retail and shopping malls can increase indoor capacity from 25% to 50%. Restaurants, movie theaters, places of worship, zoos, aquariums and museums that could only open outdoors can now allow indoor activity at 25% capacity. Gyms and fitness centers can open indoors at 10% capacity.

After two weeks in the red tier, Contra Costa County schools can reopen classrooms as well. But that will be up to district officials.

“Making progress on the COVID-19 metrics is a positive development,” Contra Costa County Superintendent of Schools Lynn Mackey said in a statement Tuesday. ”However, we also know that each community is being affected by this pandemic in different ways. Schools and school districts have to make the decision on how and when to return students and teachers to physical classrooms based on the situation in their local communities. Even then, there is still a lot of work to do to ensure that the physical spaces are safe and the proper procedures in place.”

Other red-tier counties continue to maintain restrictions. Alameda and Santa Clara County have not allowed indoor dining. Alameda County health officials said Sept. 22 that they would continue to evaluate the outbreak situation through Oct. 6, with a priority on reopening schools.

In San Francisco, the only urban county in all of California to reach the orange tier, officials Tuesday indicated they would further loosen restrictions in coming weeks. San Francisco will allow indoor dining and places of worship to operate indoors at 25% capacity starting Wednesday. Movie theaters will also reopen with modifications and at limited capacity on Oct. 7, and the red tape will come down from playgrounds in mid-October.

Rural Amador and Calaveras counties joined San Francisco in the orange tier Tuesday, bringing the statewide total to 14. Three others — Modoc, Alpine and Mariposa — have advanced into the yellow tier, indicating “minimal” transmission.

Only 18 counties, including Sonoma in the Bay Area, remain in the purple tier, while 23 have advanced into the red tier. Butte, Fresno, Sacramento, San Joaquin, Santa Barbara and Yolo counties also made that move Tuesday.

Just south of the Bay Area, Monterey and San Benito and many agricultural counties in the Central Valley remained in the state’s most restrictive purple tier. On Monday, Gov. Gavin Newsom signed two bills aimed at providing farmworkers with COVID-19 relief by ensuring they have access to critical workplace safety information and essential state services during this pandemic.

On the plus side, Ghaly said Tuesday there were a “number of counties” that had met the next tier’s requirements for one week but hadn’t completed the required two weeks to change colors.

“Next week we’ll see if those trends hold,” Ghaly said. “Then a number of other counties will be advancing.”