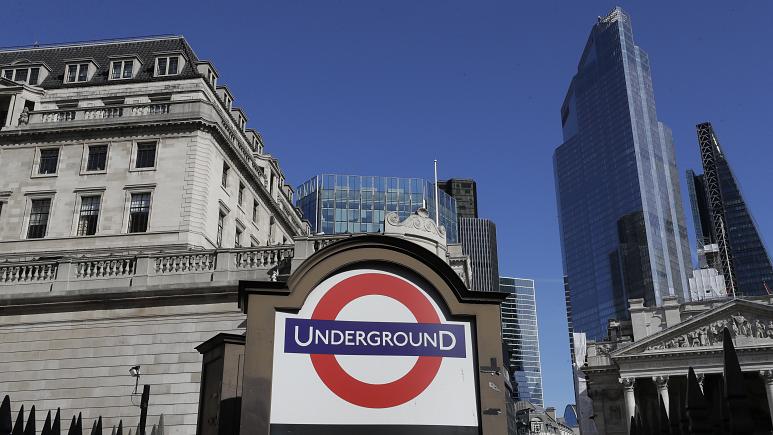 The new measures introduced across the UK to curb the spread of COVID-19 have had a clear impact in central London this weekend — they caused chaos on public transport.

For many of the Londoners who ventured out on the town on Friday (October 2), the measures, which limit socialising to groups of six people and restrict opening hours for pubs and restaurants, do not seem to be working.

“I think in theory it was a good idea, but it’s a pretty big shambles now — the Ubers were on surcharge and you can’t get into the tube. It’s a mess,” Georgiana Atkinson Reid, who went to a cocktail bar in the West End, told Euronews

Her friends, Zoe Stevens, believes all restrictions should be scrapped.

“My view, that they need to get rid of these restrictions. I think if you’re high risk or older you need to protect yourselves, but if you’re younger, you’ve got to carry on and keep on going. I’ve just had to move out of London because there are no jobs in my industry – we need the economy back up and running,” she said.

According to Gianluca Barbagallo, who runs a bar in Soho, the new restrictions haven’t had much of an impact on people’s behaviour.

The latest restrictions were brought off the back of a rising number of infections. The daily number of new cases has hovered around 7,000 over the past four days in the UK.

The country is the most heavily impacted by the pandemic in Europe with more than 467,000 cases and 42,268 deaths recorded.

Like authorities across the continent, the British government initially responded with a national lockdown but is now imposing new measures at the local level depending on the epidemiological situation.

Parts of the north-east and north-west including the Liverpool City region, Halton, Warrington, Hartlepool and Middlesbrough, will from Saturday evening operate under new restrictions including a complete ban on mixing with people outside their household in any indoor setting.

Revellers in London, which was severely-hit at the beginning of the pandemic but has so far been spared the reimposition of strict measures, question the validity of less strict constraints.

“It’s never going to end well, is it? Whenever there are drinks involved people are just going to start earlier and finish at 10 pm and that’s where it’s just going to get messy in the street and that,” Robert Walker said.

Another reveller, Donna Lawrence, told Euronews that “we do need some structure. Out of the other countries, I think England’s kind of run a bit wild and run slow, to be honest”.

Still, most people appeared to be following social distancing guidelines including mask-wearing and keeping physically distant but it was impossible to do so on public transport.

Some scientists have expressed doubts over the government’s strategy, including Gary McLean, a leading virologist from London Metropolitan University.

“The government has got it wrong. The risk is that we are just going to continue to see this upsurge in cases.7,000 new cases yesterday, it’s going to be an awful winter unless the government acts now,” he warned.

London Mayor Sadiq Khan has also criticised the government’s handling of the crisis.

“We’re seeing too many people at ten o’clock leaving pubs bars and restaurants, and intermingling on the street without wearing masks and they could well be passing on the virus,” he said.

“It’s really important that the government has the humility to realise that if things don’t appear to be working you review that and change tact. The only reason these restrictions were brought in is because of the failure to bring in a proper test system and contact tracing. It’s quite clear there’s a need for a rapid review of the effectiveness of the curfew,” he added.