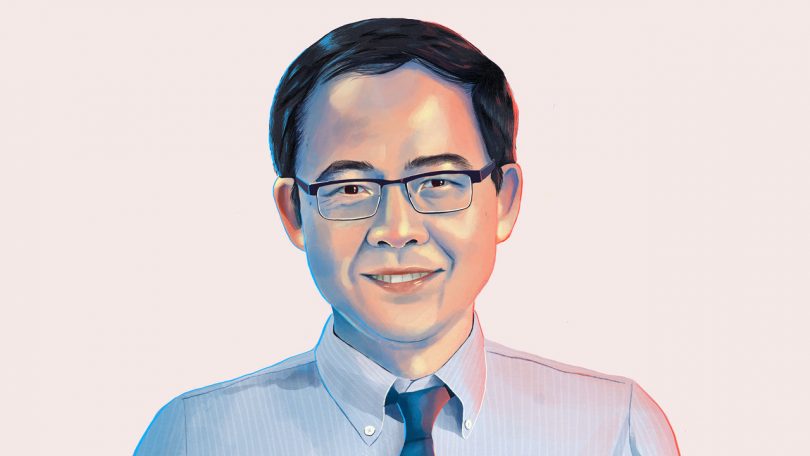 By pure chance, Linfa Wang, one of the world’s foremost experts on emerging viruses, was in the Chinese city of Wuhan in January. The biologist was visiting collaborators at the Wuhan Institute of Virology (WIV) just as SARS-CoV-2 was starting to spread from the city to the rest of the world. Even among those experts there was little fear then. “I was mixing with all the lab people,” Wang says. “We would go to a restaurant every night.”

Only when he left on 18 January did he realize how serious the situation was. At the airport, staff checked his temperature three times before he could board his flight home to Singapore. Five days later, Wuhan, a city of 11 million people, was shut down. Wang later learned that a woman on his plane had carried the virus; luckily, he was not infected.

Wang, who heads the Emerging Infectious Diseases Program at Duke-NUS Medical School in Singapore, immediately got to work developing a new assay that can detect antibodies against SARS-CoV-2 in blood samples—an indication of prior infection. The tool could help untangle how the pandemic began. So far, the evidence is that the virus originated in bats, animals Wang has long argued are uniquely suited to harboring viruses that pose a danger to humans. Now, he hopes his assay can help trace the path of the virus to humans and pinpoint when and where it first spilled over.

The work is a natural next chapter for Wang, who has been tracking viruses from bats to humans for more than 2 decades. Marion Koopmans, a virologist at Erasmus Medical Center, credits him for essentially launching the field of bat immunology and developing the tools to pursue it. “He has made a heroic effort to establish a very challenging research line, which needed to start from scratch,” she says.

As a child growing up in Shanghai during the Cultural Revolution, Wang would listen to Mao Zedong’s speeches through a loudspeaker in kindergarten. “I was thinking: ‘My God … how does his voice transfer from Beijing to Shanghai?’” Electrical engineering became his passion. But after getting into the prestigious East China Normal University, Wang was dismayed when the faculty assigned him to study biology. “I thought, ‘I don’t like plants, I don’t like animals,’” he says. Going to a renowned university felt like going to heaven, he says, “but the wrong door of heaven, basically, because I went to a biology department.”

Secretly listening to Voice of America, Wang eventually became so proficient at English that he was chosen for a scholarship to study abroad. He did a Ph.D. in molecular biology at the University of California, Davis, and later moved to Australia, where he studied infectious diseases in animals. His career took a turn when a new virus emerged in the leafy Brisbane suburb of Hendra in 1994, killing 14 horses and a trainer. Wang managed to sequence the virus, later named Hendra virus, and helped develop a vaccine for horses. The virus turned out to be transmitted by bats. A few years later Wang worked on another novel virus, Nipah virus, also from bats. Intrigued, Wang scoured the literature and found numerous other viruses linked to bats.

Then came severe acute respiratory syndrome (SARS). After the World Health Organization (WHO) declared the epidemic over in July 2003, it put together a mission of eight scientists, including Wang, to investigate the origins of the virus in China. Wang had a hunch bats could be the source, but the rest of the team was skeptical. At a meeting in Beijing, Wang met the head of WIV, who suggested he collaborate with a scientist at her institute: Shi Zhengli, who was then studying viruses in fish and shrimp. “She was the only virologist who believed me and was willing to collaborate with me,” Wang says.

The two have since co-authored dozens of papers, including one in Science in 2005 that pinpointed horseshoe bats as a reservoir of SARS-like coronaviruses. They also like to team up in karaoke bars to sing classic Chinese ballads, says Peter Daszak, a researcher at the EcoHealth Alliance, a New York City nonprofit, and a longtime collaborator with Wang and Shi. “Linfa is an excellent singer and to see him and Shi Zhengli do a duet is very special.”

Now, Wang hopes to home in on the origin of SARS-CoV-2—an effort that will likely require screening thousands of animals and humans for signs of a prior infection. The gold standard for doing that is called a virus neutralization assay, which combines human cells and live virus with a blood sample to see whether the sample contains antibodies that keep the virus from binding to the cells. But using live virus means working in a high-level biosafety lab—expensive and very slow work. An alternative called an enzyme-linked immunosorbent assay (ELISA) is much easier to handle, but a distinct version must be developed for every animal species. “You need to have a whole panel of ELISAs that are optimized for different bat species, and raccoon dogs, and civet cats, and pangolins, and God knows what,” says Malik Peiris of the University of Hong Kong. “It’s a never-ending business.”

Wang’s new assay, published in July in Nature Biotechnology and now produced by Genscript Biotech, replaces the human cells and live SARS-CoV-2 virus of the gold standard assay with human and viral proteins, eliminating the need for a high-security lab. The sample is tested on a plate impregnated with angiotensin-converting enzyme 2 (ACE2), the human receptor protein that SARS-CoV-2 attaches to when it invades cells. Researchers then add a solution containing the fragment of the viral spike protein that can bind to ACE2. If the binding takes place, an enzyme turns the solution blue and then yellow. But when a sample contains antibodies against SARS-CoV-2, they prevent the binding, blocking the colorful reaction. Wang’s assay works on a variety of species almost as well as the gold standard, says Peiris, who has been using it for several weeks in infected cats, dogs, and hamsters.

“This is an extremely interesting approach,” says Isabella Eckerle, a virologist at the Centre for Emerging Viral Diseases at the University of Geneva. Eckerle and colleagues validated the test for WHO and published the result as a preprint in late September. “Especially for screening potential plasma donors or when looking for the animal reservoir it should be really useful.”

Wang hopes to use the test to screen animals and people in Southeast Asia to identify “intermediate hosts”—species that may have picked up the virus from bats and transmitted it to people—and learn whether it crossed over into humans before the fateful outbreak in Wuhan.

The bigger question that drives his work is: why bats? Over the past decade he has started to piece together an evolutionary story as convoluted as his own path to bats. As the only flying mammals, bats expand huge amounts of energy. This eventually damages their DNA, and Wang contends that they have adapted, in part, by dampening immune responses to DNA damage. RNA viruses like SARS-CoV-2 can cause similar damage, so the upshot is that bats tolerate low levels of viruses in a kind of peaceful coexistence. “That’s why they are such a good reservoir,” Wang says.

Koopmans is not yet convinced by Wang’s immune system argument—bat ecology may play a greater role, she says. For instance, bats often range over wide territories, potentially picking up a greater variety of viruses than other animals, and in many bat species millions of animals roost together, making it easier for viruses to spread. But she says that thanks to Wang’s work, there’s no doubt that bats are key viral reservoirs.

It’s an ironic legacy for a student who studied biology despite disliking animals. “I am now fascinated with bats,” he concedes. But, perhaps appropriately given what he has learned about emerging infections, he says: “I am still not an animal fan in the sense of keeping animals near me.”