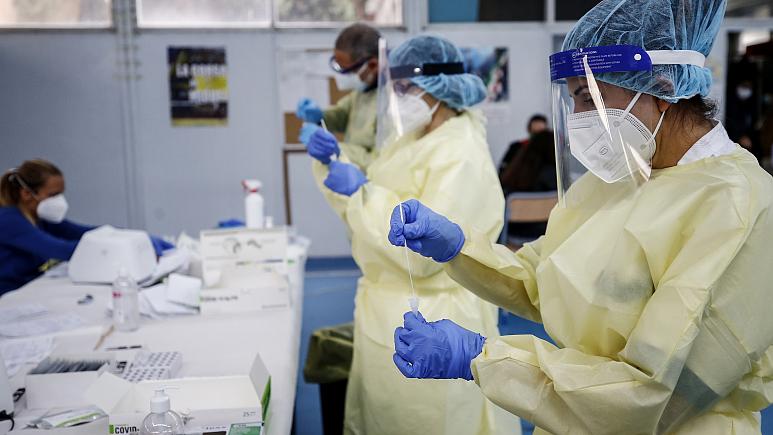 Around 10% of the world’s population may have already been infected with COVID-19, a World Health Organization (WHO) expert has said.

Dr Michael Ryan, the head of emergencies at WHO, said it was the institution’s “best estimates” to say 1 in 10 people have had the virus — although, he warned, this still leaves many in danger.

Speaking on Monday at a meeting of the WHO’s 34-member executive board on COVID-19, he said the figures would vary between urban and rural areas, and between different groups.

But, he added: “The vast majority of the world remains at risk”.

There are currently around 7.6 billion people inhabiting the planet, which means the WHO is estimating around 760 million people have caught the virus.

If accurate, this would mean the confirmed number of cases — just over 35 million worldwide as of Monday — would be an enormous underestimate of the virus’ actual reach.

Experts around the world have repeatedly said the number of confirmed cases is much lower than the actual figure, which is down to tighter testing capabilities and understanding of the illness at the beginning of the pandemic.

European Commission President Ursula von der Leyen said back in March she felt the bloc had “underestimated” the virus, while WHO director Daniel Lopez Acuña told El Pais newspaper the same in May.

Amid rising cases across Europe, officials in both France and the UK recently estimated that back in March, there were upwards of 100,000 cases per day.

The British government revealed this weekend a technical glitch in its database system had missed off 16,000 positive results of the coronavirus – meaning the daily tally on Sunday was then adjusted to an artificially high 22,961.

Russia has recorded the highest number of cases in Europe, with more than 1.2 million infections. This is followed by France on more than 600,000 and the UK on 500,000.