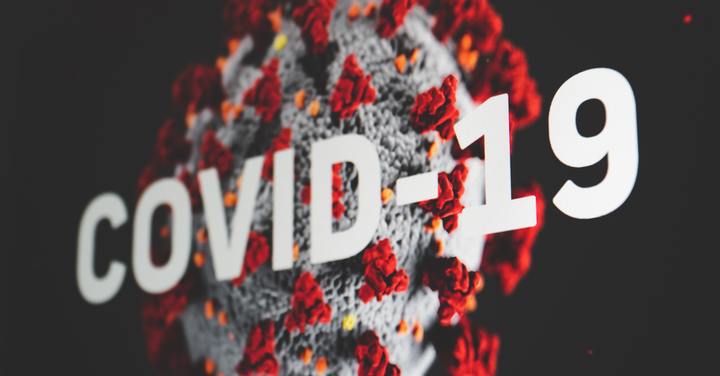 There are signs of trouble ahead: Rising rates of positive tests have alarmed health experts, and city and state officials.

New York is facing the biggest threat of a coronavirus resurgence since the pandemic devastated the city last spring, sparking fears that an anticipated second wave of infections has begun.

City and state public health officials have moved to close schools and nonessential businesses in neighborhoods of Brooklyn and Queens where rising infections and positivity rates have set off alarm bells.

These areas have registered rates of positive tests — a key metric used by officials to determine closings and reopenings — higher than 3 percent for well over a week, including neighborhoods of South Brooklyn that have large Orthodox Jewish populations around Borough Park and Midwood, and Queens around Kew Gardens. Several others teetered on the edge, including Williamsburg in Brooklyn.

The city’s ability to slow down this uptick is essential to keeping businesses and schools open in order to help quell an economic downturn that threatens to further devastate the city.

Has the second wave arrived?

It’s hard to know without more time, epidemiologists said, but the data, so far, does not show a broad spread.

“We don’t have evidence at this moment of a generalized second wave,” said Dr. Wafaa El-Sadr, a professor of epidemiology at Columbia University.

But there are signs of trouble ahead.

Around Labor Day, the city’s data showed that the rate of positive tests went from months of steady decline to weeks of steady increases.

The city’s seven-day positivity rate average has ranged from 1.56 to 1.75 percent this week, up from a low of 0.9 percent on Sept. 4, according to city data. But what has concerned officials are the rising cases in Brooklyn and Queens. Areas of Borough Park in Brooklyn, for example, have consistently had daily positivity rates exceeding 8 percent. In Gravesend in Brooklyn, the rate has climbed past 7 percent.

State and city officials have mostly attributed these rising rates to religious gatherings in communities with large Orthodox Jewish populations. But neighborhoods with no strong religious affiliation have also seen rising rates. The Brooklyn neighborhoods of Fort Greene, Bedford-Stuyvesant and Clinton Hill all have had rising positivity rates for more than a week and are being monitored by officials.

Mount Sinai Hospital on Manhattan’s Upper East Side has seen a recent surge of coronavirus cases, to 47 on Monday up from a low of three in August, said Dr. David L. Reich, the president of The Mount Sinai Hospital. Many patients, he said, were from Orthodox Jewish communities in New York City and in Rockland and Orange Counties, northern suburbs that are also hot spots.

But Dr. Reich cautioned that the rising number of cases was nowhere near the spring peak, when at one point more than 770 people were being treated for Covid-19 at Mount Sinai Hospital alone. And not every hospital has seen an increase: a spokeswoman for NYU Langone Medical Center said the hospital had seen a steady decline in virus patients since the summer.

“We’re at a point of inflection where the actions of our leaders at the city and the state level will be extremely important,” Dr. Reich said. “I personally endorse what they’re doing by taking this very seriously and being data-driven.”

Will positivity rates tell us when a second wave arrives?

Epidemiologists and public health officials said the rise in positivity rates mainly showed a need for more testing. That, they say, is the precursor to contact tracing and case investigation, which are the best ways to understand the extent of any outbreak and prevent further spread.

But the city cannot force people to be tested. Many people get tested only when they are feeling sick, which could drastically skew rates.

A positivity rate of 1 percent in the city does not mean that one out of every 100 New Yorkers is carrying the coronavirus. It only means that 1 percent of people who are getting tested have turned up positive.

“It’s not like we’re doing these big random samples every day,” said Dr. Irwin Redlener, the director of the Pandemic Resource and Response Initiative at Columbia University.

Also, increasingly, people are getting tested because their jobs or universities require it. For example, state law requires all nursing-home employees to be tested once a week. There are roughly 140,000 such workers, and the state conducts about 640,000 tests a week, Gareth Rhodes, an adviser to the governor, said.

That means a significant portion of tests — as much as one-fifth — likely consist of repeated tests of nursing-home workers. (Those tests have been useful, too, Mr. Rhodes said, detecting 17,000 cases since the requirement began in May.)

The positivity rate can be useful to show differences among communities, or over time to detect changes.

But some epidemiologists are skeptical that New York’s efforts on testing, even with 30,000 tests a day, are enough to stay ahead of the virus.

“I would say that 30,000 a day, if that’s your goal, that will give you just a flavor of what the cases look like,” said Dr. Michael Mina, a professor of epidemiology at the Harvard T.H. Chan School of Public Health. “But I really don’t believe that that testing is doing anything to stop the spread of the virus right now.”

Which numbers are more reliable: the city’s or the state’s?

On most days, Mayor Bill de Blasio reports the number of new infections and the daily positivity rate for New York City in a news conference. Often soon after, Gov. Andrew M. Cuomo holds his own news conference, where he shows the numbers on slides that have become popular on social media.

But the numbers the two men show are almost always different.

The discrepancy is usually small but occasionally can be significant, as it was last week when Mr. de Blasio announced a positivity rate for the city that was above 3 percent — the highest in months — while on the same day, Mr. Cuomo reported a rate of 1.3 percent for the city.

When you get a diagnostic test for the coronavirus in New York, state law requires that the results be reported to the state’s Department of Health.

Both the city and the state use the same database of coronavirus cases, but report the numbers differently.

The daily state data is, for the most part, simply the results that came in over the past 24 hours. That’s why the state can share its data so quickly.

The city’s health department takes the results received each day and matches them to the dates when people’s samples were taken. For example, if a person took a test on a Wednesday, and the result came in on a Friday, the city would still record that result on Wednesday’s statistics. The state would record it on Friday’s statistics.

“We like to use that date because it’s most epidemiologically relevant,” said Dr. Corinne Thompson, an epidemiologist at the city’s health department.

With such differences, a large number of tests on one particular day could show drastic differences in state and city numbers.

“The much preferred way is the way the city is doing it,” Dr. El-Sadr, of Columbia University, said. “Because that tells you exactly what was happening at that time in the community.”

State and city officials stressed that they worked together on the data and that the results were simply different methods.

“We track it both ways,” Mr. Rhodes, the adviser to Mr. Cuomo, said. “All of the data is good, and it’s all accurate.”

How will we know when a second wave is here?

An increase in cases per day would in and of itself be something to watch, Dr. Nuzzo, of Johns Hopkins, said. On that score, the city is headed in the wrong direction: The rolling one-week average of new positive cases reached 556 on Tuesday, according to state data, up from about 340 in mid-September.

Another metric that public health experts watch is hospitalizations. Those numbers have also been rising in New York.

The city reports the daily number of new hospital admissions for influenza-like illness, and then the percentage of those cases that test positive for the coronavirus. On Tuesday, 23 percent of patients admitted for flulike illness were positive, up from 7 percent two weeks ago.

But the city does not receive reliable discharge data, so it does not have an accurate measure of how many people are in hospitals at a particular moment, Dr. Thompson said.

The state does report that data for the state, but not for New York City alone, and the number has been rising: to 748 on Wednesday from a low point of 410 in early September. Mr. Cuomo said on Wednesday that most of the rise originated in “hot spot” areas.

And there is another number that epidemiologists and infectious disease specialists would like to see, one that can give a good indication of how effective contact tracing has been.

“Of the new cases that you’re finding, what percentage of them are coming from known contacts?” said Dr. Nuzzo, referring to the frequency with which new cases are discovered because of their connection to a known infected person. “If we were doing contact tracing well, that number would be growing.”

Currently, neither the state nor the city regularly report that number.

“No one signal tells you everything you need to know,” Dr. Nuzzo said.