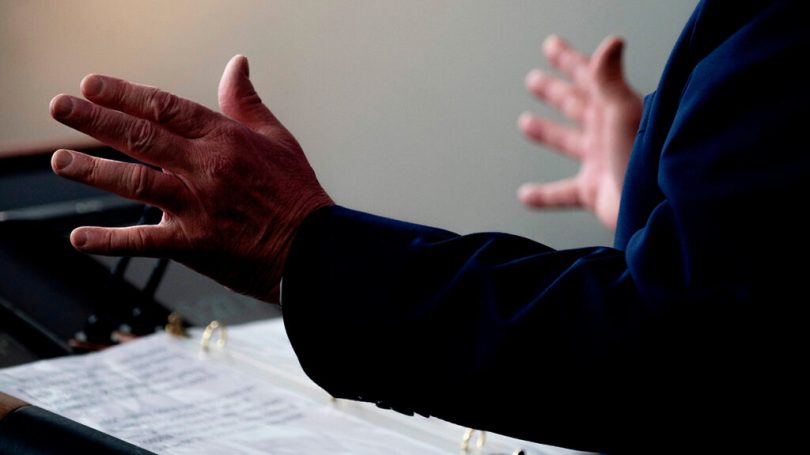 Who drives global and national COVID-19 decisions? Mostly males, according to a new study and commentary by an international group of researchers.

In the wake of the COVID-19 pandemic, the world looked to hastily established expert task forces to develop public health policy and strategies to mitigate the impact of the new coronavirus.

The authors of a new article in the BMJ Global Health recently analyzed the gender composition of decision making bodies and task forces from 87 countries.

In their scathing commentary, the collaborators from across the globe point to a dichotomy between those who make decisions and the demographics that these decisions affect.

The first author is Kim van Daalen, a Ph.D. student at the University of Cambridge’s Department of Public Health and Primary Care, in the United Kingdom.

Medical News Today got in touch with van Daalen to find out more about the reasons behind the research.

“In the beginning of the COVID-19 pandemic, we noticed that many of the national task forces created were dominated by men, but there was no data yet that tried to quantify this on a global level,” she explained.

“Meanwhile, women with similar or more expertise are largely ignored and passed over for inclusion in decision making, advisory task forces, and media coverage. This undermines the response in COVID-19, as well as public trust in science.”

To obtain data about the members of COVID-19 decision making bodies and other expert committees, the team used crowdsourcing in combination with requests for information from governments and local World Health Organization (WHO) offices.

“Information regarding task force composition (who is on the task force) and membership criteria (how and why experts were chosen) was not easily publicly accessible for the majority of countries,” van Daalen explained to MNT. “This lack of transparency is impeding the ability to hold accountable countries that previously made commitments to gender equality and transparent governance.”

Overall, van Daalen and her team could piece together information about the members of 115 groups in 87 countries. Among them, 85.2% were made up of mostly males, while 11.4% predominantly contained females. The team found that 3.5% of the groups had gender parity, which they define as being 45–55% female.

When they compared decision making groups with expert groups, they found that the latter were more likely to have higher numbers of female members or achieve gender parity.

“In the [United States], for example, the White House Coronavirus Task Force consists of 9.1% women, whereas the chief public health agency’s COVID-19 Response Team contains 82.4% women,” the authors explain in their paper.

Importantly, van Daalen and colleagues point out, this is not a new development.

“Our data exhibit what has become a disturbingly accepted pattern in global health governance,” they write. “Collective efforts in policy making continue to overlook opportunities to create inclusive and comprehensive decision making, echoing gender inequalities in other areas, such as academia and the sciences.”