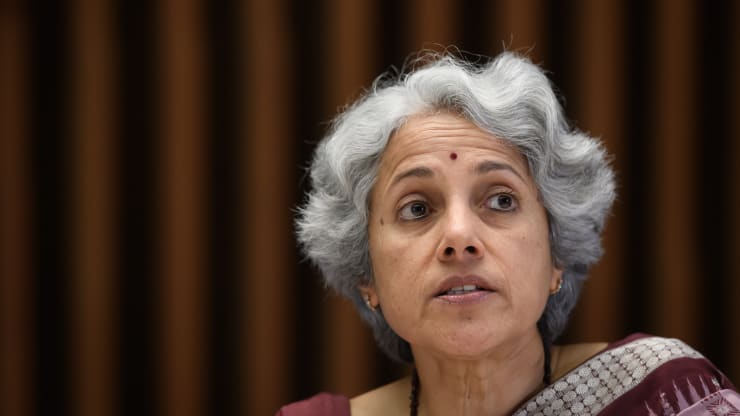 Healthy young people might not get the coronavirus vaccine until 2022 as public health officials focus on immunizing the elderly and other vulnerable groups first, top officials from the World Health Organization said Wednesday.

Dr. Soumya Swaminathan, WHO’s chief scientist, said health workers, frontline workers and the elderly will likely be offered a vaccine first, though prioritization details are still being worked out by the WHO and its advisory groups. And, of course, a vaccine for the virus has yet to be deemed safe and effective by the WHO, the European Union or the United States.

“People tend to think that on the first of January or the first of April, I’m going to get the vaccine, and then things will be back to normal,” Swaminathan said. “It’s not going to work like that.”

She added that the world will hopefully have at least one safe and effective vaccine by 2021, but it will be available in “limited quantities.” The WHO’s strategic advisory group of experts on immunization, or SAGE, recently published guidelines for countries on how to consider prioritizing different groups of people.

More than 10 coronavirus vaccines around the world are in late-stage clinical trials, Swaminathan said, adding that as various vaccines are potentially cleared for distribution, SAGE will release guidance on what populations each vaccine is best suited for and how to logistically distribute it.

“Most people agree that it’s starting with healthcare workers and frontline workers, but even then you need to define which of them are at highest risk and then the elderly and so on,” Swaminathan said. “There will be a lot of guidance coming out, but I think an average person, a healthy young person might have to wait until 2022 to get a vaccine.”

Like the WHO, the U.S. Centers for Disease Control and Prevention and the Food and Drug Administration are preparing to prioritize certain at-risk communities for distribution of the scarce doses. But the U.S. timeline will likely look very different from that of the WHO.

The U.S. has independently secured hundreds of millions of doses from six companies with potential vaccines in development. Top U.S. health officials have said that the U.S. could have enough doses to vaccinate every American by spring of 2021, with limited distribution for prioritized groups beginning potentially this year.

Top WHO officials have cautioned nations against securing vaccine doses for their own citizens like the U.S. and China have done, which WHO Director-General Tedros Adhanom Ghebreyesus has called “vaccine nationalism.”

In contrast, the WHO has launched what they call the COVAX program to guarantee fair access to the supply of vaccine doses for the entire world. More than 170 countries, including China and the United Kingdom, have invested in the facility, which disperses the risks and potential benefits of vaccine development across its members.

“We need to make sure that we vaccinate those most at risk in every country before we vaccinate everyone in a couple of countries,” Dr. Maria Van Kerkhove, head of the WHO’s emerging diseases and zoonosis unit, said Wednesday.

“Part of that is not only due to the commitments of governments, but also the understanding of individuals saying, ‘I’m a younger person. I don’t have any underlying conditions. I may need to wait so my grandparents can get a vaccine,’” she added.

But any plans for vaccine distribution is of course contingent upon first getting a vaccine that is both safe and effective. The WHO’s comments come days after Johnson & Johnson announced a pause on their late-stage vaccine trial due to safety concerns. And AstraZeneca’s late-stage trial in the U.S. remains on hold after it was halted last month.

Such pauses in clinical trials are typical, health officials say, and indicate that the regulatory agencies are taking the proper safety precautions in developing the vaccines. Though both hiccups are reminders of the difficult task of vaccine development.

Van Kerkhove emphasized that even without a vaccine, the world has tools to stop the spread of the coronavirus now.

“We have tools right now that can prevent amplification events,” she said, adding that wearing a mask, avoiding crowds and frequent hand washing can all slow the spread. “We can get ahead of the virus and in many countries they’ve controlled transmission.”