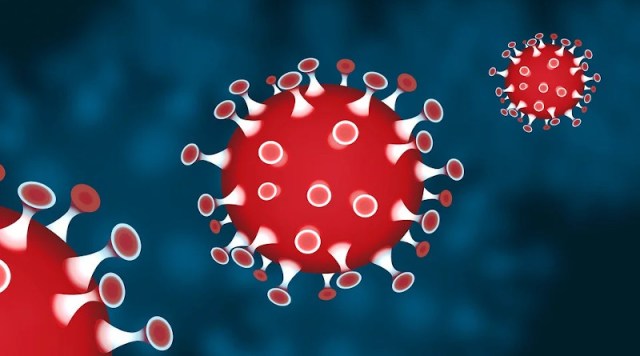 It is well established that children and young adults are at a lesser risk of developing severe symptoms caused by infection with the severe acute respiratory syndrome coronavirus 2 (SARS-CoV-2), the virus that causes the coronavirus disease (COVID-19). On the other hand, people with underlying health conditions, the elderly, and the immunocompromised are at a higher risk.

Though many children, adolescents, and young adults develop no to mild symptoms, they play a significant role in spreading the virus. Now, a new study found that the return of college students to universities contributed to a 9-percent surge of new cases in a 21-day time frame in college counties, which is consistent across the United States.
Return of classes

After many class cancellations during the coronavirus pandemic’s peak in the United States, the country has decided to resume face-to-face classes from grade school to the tertiary level.

This study notes that according to the recent data by Davidson College’s Crisis Initiative, only 191 of the 2,958 colleges and universities are entirely online for the fall semester in 2020. This means that most of the country’s higher education institutions are bringing students back to campus, even without a vaccine to prevent infection or an effective drug to treat COVID-19 disease.

Since a vast majority of colleges and universities in the country are bringing students back for in-person instruction amid the COVID-19 pandemic, the researchers from the University of Georgia wanted to determine the effect of this return to campus on the viral case growth in countries with a significant college student population, compared to non-college countries.

The study, published on the pre-print server medRxiv*, highlights the effect of returning to classes on the number of COVID-19 cases reported. The researchers obtained the data from two publicly available sources. Census divisions, the percent of the population aged 18 to 24, and total county population data come from the U.S. Census Bureau. COVID19 case counts and deaths come from the New York Times
COVID19 database.

The researchers also conducted the observation for twelve weeks from the most recent case reporting available, between June 14 and Sept. 6, 2020.

They estimated descriptive statistics for their variables, including a regression model using the return to campus new case rate as an outcome of interest. The study results have shown that in all but the Mountain Division, college counties have median rates higher than other counties.

The researchers said that the study findings reveal a strong link between students’ return to campus and new case growth, particularly in college counties in the United States. These counties, where at least 10 percent of the population are college students, report a surge of 9 percent in the new case rate.

“These findings suggest that despite the efforts of colleges and universities to prepare for a safe return to campus, virus transmission has persisted among college students and is rapidly evolving in ways that have already created new hot spots,” the researchers said in a statement.

Since COVID-19 is primarily spread through respiratory droplets and classroom settings may spark an increase in cases, universities and colleges should act quickly to intervene, slowing the virus’s spread before the cold season enters. The flu season may worsen the ongoing COVID-19 pandemic, which has now infected over 8.14 million people in the United States and claimed over 219,000 lives.

“Prioritizing public health demands that until effective vaccines or other anti-viral therapeutics are developed, policy approaches of postsecondary institutions and local county governments will have to become more collaborative and aggressive to control viral transmission,” the team added.

It is not only in the United States that schools have allowed the return to the face-to-face set-up. With the skyrocketing cases worldwide, this could lead to more cases as students could become superspreaders. The global case toll has now reached 39.87 million, with more than 1.1 million deaths.