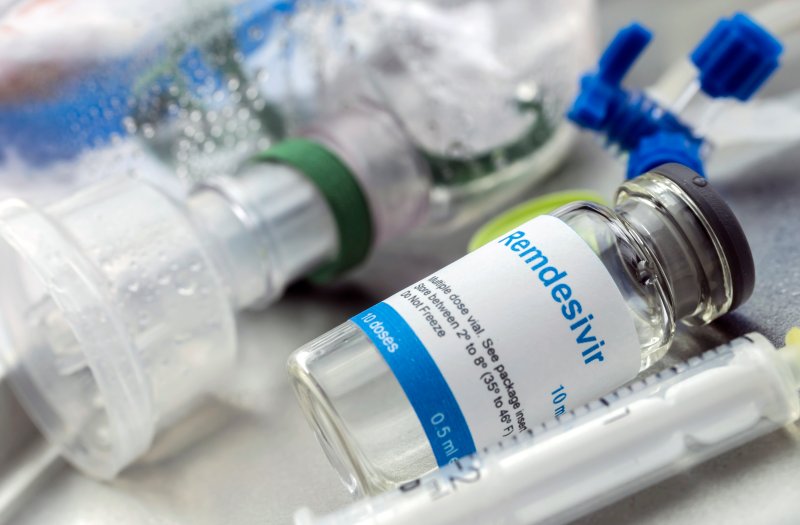 On Oct. 22, the Food and Drug Administration (FDA) approved the first drug for treating COVID-19.

Remdesivir, an antiviral medication given intravenously, is now approved for anyone hospitalized with COVID-19. It works by blocking the virus’s ability to make more copies of itself. Earlier this year, the drug had received emergency use authorization (EUA), which falls short of approval but is granted during a public health crisis if there is encouraging data supporting its potential benefits. Approval means the drug’s maker, Gilead, provided more information to the FDA on the medication’s effectiveness and safety than was used to issue the EUA.

“This decision by the FDA is a milestone in the treatment of hospitalized patients with COVID-19,” says Dr. Andre Kalil, professor of internal medicine at University of Nebraska Medical Center who was among the first to treat patients from the Diamond Princess Cruise ship with remdesivir and runs one of the drug’s clinical trials. “Remdesivir shortens the recovery time by 5-7 days, provides 50% faster clinical improvement, prevents patients’ progression to mechanical ventilation, and is associated with a 45% mortality reduction in the first two weeks of disease. These are real and meaningful benefits to our patients.”

The FDA decision is based on three randomized controlled trials that found that people receiving remdesivir shortened their recovery time. While the data did not find a statistically significant benefit in reducing mortality, doctors involved in one of the studies, published in the New England Journal of Medicine (NEJM), reported a trend toward reduced mortality after about a month, especially among people who received the drug early in their infection, as Kalil notes. Patients receiving the drug also needed less additional oxygen and were less likely to progress to severe disease compared to those receiving placebo. The NEJM study was placebo-controlled and supported by the U.S. National Institute of Allergy and Infectious Diseases.

The National Institutes of Health now includes remdesivir as part of its recommended treatment strategy for hospitalized COVID-19 patients, and doctors treating patients have said that the drug is one of the reasons that death rates from the disease may have started to drop since the beginning of the pandemic. Other medications and treatment strategies, such as anti-inflammatories and keeping patients on their stomachs to prevent worsening respiratory symptoms, are other likely contributors to the decline in death rates.

The FDA approval comes days after a study from the World Health Organization found no benefit of the drug in reducing early death or in preventing progression to serious disease among nearly 3000 COVID-19 patients. That study, however, did not include a placebo control and compared outcomes to standard of care. It’s also not clear how sick the patients in that study were and therefore how meaningful the results are.

The NEJM study included hints that people who receive the drug earlier in their disease may benefit more, and doctors are already studying whether people with mild symptoms but who don’t need to be hospitalized can be treated with remdesivir on an outpatient basis.