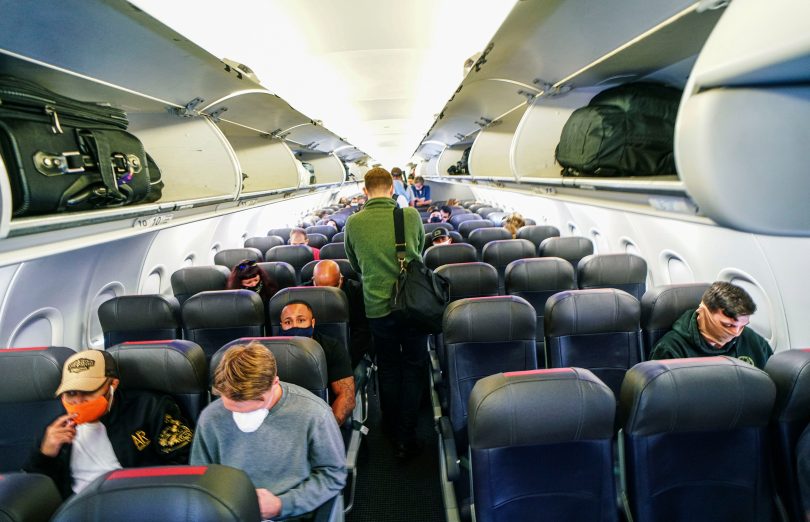 GENEVA (Reuters) – The risk of COVID-19 spreading on flights appears “very low” but cannot be ruled out, despite studies showing only a small number of cases, the World Health Organization (WHO) said.

“In-flight transmission is possible but the risk appears to be very low, given the volume of travellers and the small number of case reports. The fact that transmission is not widely documented in the published literature does not, however, mean it does not happen,” the WHO said in a statement to Reuters.

The characterisation of the risk echoes the findings of a U.S. Defense Department study that last week described the probability of catching the disease on airliners as “very low” (https://bit.ly/2H3o5FB).

Some airlines have however used more robust language to describe the risk of onboard transmission.

Southwest Airlines and United Airlines have both said that recent studies had found that the risk was “virtually non-existent”.

Southwest, one of a handful of airlines currently keeping middle seats free, said on Thursday that in light of the research it would lift the block on middle seats.

Global airlines body IATA said on Oct. 8 that only 44 potential cases of flight-related transmission had been identified among 1.2 billion travellers this year, or one in every 27 million passengers.

But the presentation was later challenged by one of the scientists whose research it drew upon (https://bit.ly/31lkdH4).

Dr David Freedman, a U.S. infectious diseases specialist, said last week he declined to take part in an IATA briefing on the risks because a key assertion about the improbability of catching COVID-19 on planes was based on “bad math”.

IATA responded that its calculation remained a “relevant and credible” sign of low risk.

The WHO said it knew of at least two case report studies that described in-flight transmission, on flights from London to Hanoi, and Singapore to China.

Sick passengers and people with confirmed exposure to COVID-19 should not be allowed to travel, it said. It added, however, that ventilation systems on modern jets could filter viruses and germs quickly.