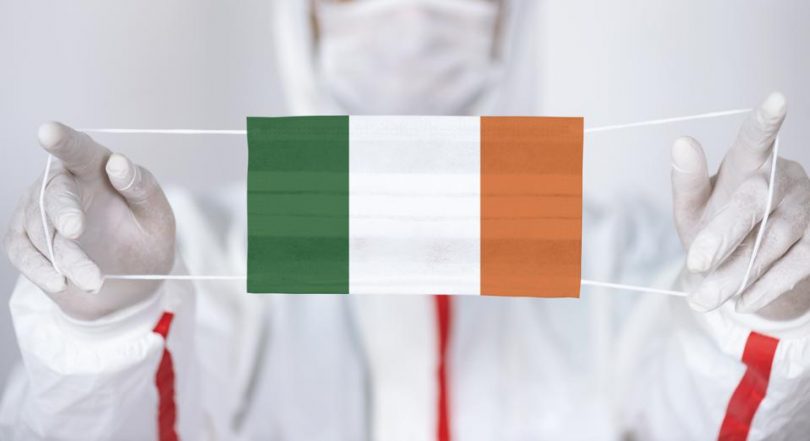 A seven-hour international flight to Ireland this summer has been linked to 59 coronavirus cases in the country, Irish researchers said in a report.

Thirteen of the 49 passengers onboard tested positive for the novel coronavirus, even though the flight was only 17 percent full, according to the report released last week by the Irish Department of Public Health. Those 13 passengers went on to infect 46 more people throughout Ireland, the report says, which “demonstrates the potential for spread of SARS-COV-2 linked to air travel.”

The report did not disclose the airline or where the flight originated but said the cases and their subsequent spread show that “restriction of movement on arrival and robust contact tracing” can limit travel-linked transmissions of the coronavirus.

Masks were utilized by nine of those 13 infected passengers, with one child not wearing a mask and three passengers’ mask use “unknown,” the report noted.

Out of the 13 who tested positive after the flight, 12 became symptomatic. The 13 ranged in age from 1 to 65. Four were hospitalized, with one ending up in intensive care.

The report showed the cases on an in-flight map of the aircraft, which had a three-by-three configuration.

“Four of the flight cases were not seated next to any other positive case, had no contact in the transit lounge, wore face masks in-flight and would not be deemed close contacts under current guidance from the European Centre for Disease Prevention and Control (ECDC),” the report states. Researchers defined “close contacts” on the flight as passengers within two seats of one another in every direction.

Symptoms began to appear in the earliest cases two days after the flight, and the latest case linked to the plane experienced symptoms 17 days after the flight. Researchers noted that the “source case is not known,” although one passenger reported that a family member that had tested positive three weeks before the flight.

“Air travel has accelerated the global pandemic, contributing to the spread of coronavirus disease (COVID-19) throughout the world,” the study said. Researchers say the flight-linked cases show “the nature of transmission on board, despite implementation of non-pharmaceutical interventions” such as masks.

In September, the Centers for Disease Control and Prevention estimated that nearly 11,000 people have been potentially exposed to the coronavirus on flights. A study released this month by the Defense Department that simulated in-flight transmission of the virus suggested that air passengers would need to be near an infectious person on a plane for 54 hours to receive a significant dose of the virus. The study has not yet been peer reviewed.

The report was published the same week that Ireland reimposed a stay-at-home order for six weeks in an effort to curb the spread of the virus. Daily new cases peaked on Oct. 18 with more than 1,200 new infections.

Ireland did not require coronavirus tests for entry this summer, according to the Irish Times, but the country has required 14-day quarantines for arrivals from certain nations. In September, Ireland angered airlines by tightening those rules for some European countries, according to Reuters.