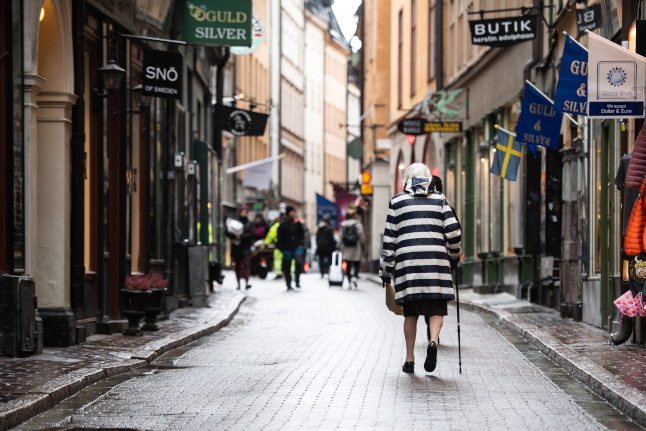 “It’s one of the largest increases we have seen. Parts of this is due to more intensive contact tracing and testing, but we also definitely have an increased spread of infection,” Tegnell told the Swedish health authorities’ bi-weekly press conference.

He did not say how many people Sweden tested last week, but a total of 148,267 coronavirus tests were carried out in the week ending October 18th. Of these, 3.9 percent tested positive, a rate that has been on the increase.

How many tests have been carried out each week in Sweden?

Up until July 5th, the Public Health Agency measured weekly test numbers using the number of people tested for the coronavirus each week. After that, the agency instead measured the number of tests carried out each week. This makes like-for-like comparisons slightly harder before and after this change. Hover or tap on the graph to see the figure for specific weeks (date listed is the final day of the week).

The virus is currently spreading the most among people aged 20-60, but other age groups are also seeing an increase. There’s also a small but clear increase in the number of Covid-19 patients admitted to intensive care.

The number of intensive care patients is still low compared to spring, when more than 500 Covid-19 patients were on ventilators at the peak, but it has doubled in the past week and the majority of Sweden’s regions expect the current situation to deteriorate.

Asked whether Sweden may again introduce recommendations against domestic travel, as it did back in spring, Tegnell said the country had not yet reached that point.

“So far the differences are not that great, but a lot of regions are seeing an increase. We also think there’s a lot to the advice on avoiding new contacts, because travelling almost always means new contacts,” he said.

Skåne on Tuesday became the second region in Sweden (following Uppsala) to roll out stricter coronavirus measures, including requiring everyone to avoid public transport and indoor venues such as shops, parties, and cultural venues. Read more about the new measures in Skåne here.