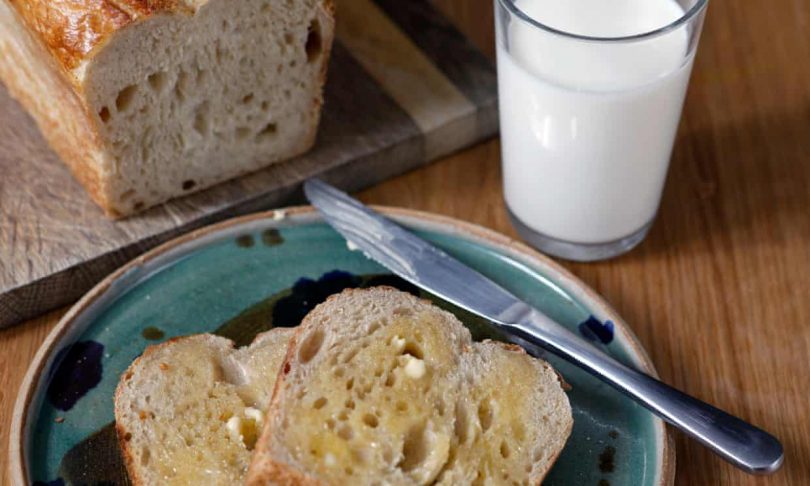 Scientists are calling for ministers to add vitamin D to common foods such as bread and milk to help the fight against Covid-19.

About two in five people in the UK are estimated to have a vitamin D deficiency in winter, and government guidance that people should take supplements is not working, according to a group convened by Dr Gareth Davies, a medical physics researcher.

Low levels of vitamin D, which our bodies produce in response to strong sunlight, may lead to a greater risk of catching the coronavirus or suffering more severe effects of infection, according to some studies. Last week, researchers in Spain found that 82% of coronavirus patients out of 216 admitted to hospital had low vitamin D levels. The picture is mixed, however – some research shows that vitamin D levels have little or no effect on Covid-19, flu and other respiratory diseases.

Vitamin D deficiency can cause rickets in children and osteomalacia in adults – soft bones that lead to deformities – and children with severe vitamin D deficiency are prone to hypocalcaemia – low levels of calcium in the blood – which leads to seizures and heart failure.

However, Public Health England (PHE) and the Department of Health and Social Care have rejected calls over the past 10 years to fortify foods such as milk, bread and orange juice, which is the practice in Finland, Sweden, Australia, the US and Canada.

“In my opinion, it is clear that vitamin D could not only protect against disease severity but could also protect against infection,” Davies said. “Food fortification would need careful planning to be rolled out effectively, particularly as people are now taking supplements. Picking the right foods to fortify would need to be done carefully.

“But it’s clear that the current policy is not working.” He said that at least half the population has a vitamin D deficiency or insufficiency.

Adrian Martineau, professor of respiratory infection at Queen Mary University in London, who is not part of Davies’s group, is leading a clinical trial to examine whether vitamin D can reduce the risk of Covid-19, or its severity. The Coronavit study, which began last week and is backed by the Barts Charity, the Fischer Family Trust and the AIM Foundation, will follow more than 5,000 people through the winter.

“The government recommends that the whole population takes vitamin D supplements in winter months, and those in high risk groups take it all year round,” Martineau said. “But we know that people just aren’t doing that in any significant numbers. Even I forget to take my supplement sometimes, and I’m living and breathing this subject. Fortification is a really good way of eliminating deficiency.”

Our bodies produce vitamin D in response to strong sunlight, and levels of vitamin D deficiency fluctuate throughout the year according to the amount of sunlight. A paper in the British Journal of Family Medicine said as many as 30% to 40% of the UK population is vitamin D deficient in winter, falling to 8% by the end of summer.

In the UK, that means that from October to March, people need to rely on other sources: oily fish, eggs and food supplements.

Some foods, such as breakfast cereals, are fortified with vitamin D, and people in low-income households are entitled to free multivitamins. White flour in the UK is already fortified with vitamins B1 (thiamin) and B3 (niacin), and last year the government began a consultation on adding vitamin B9 (folic acid) to help prevent spina bifida and other birth defects of the brain and spine.

A 2019 study at the University of Birmingham, led by Magda Aguiar, a health economist, showed there would be at least 25% fewer cases of vitamin D deficiency over the next 90 years if flour fortification were adopted, saving about £65m.

In 2017, Professor Louis Levy, PHE’s head of nutrition science, responded to calls for fortification by saying that there was not enough evidence that vitamin D would reduce the risk of respiratory infections.

A Department of Health and Social Care spokesperson said: “Companies are free to fortify food products with Vitamin D and already do so for a number of foods, including many breakfast cereals. Public Health England advises people to take a Vitamin D supplement during the autumn and winter and this is particularly important this year as many people may have spent more time indoors due to COVID-19.”