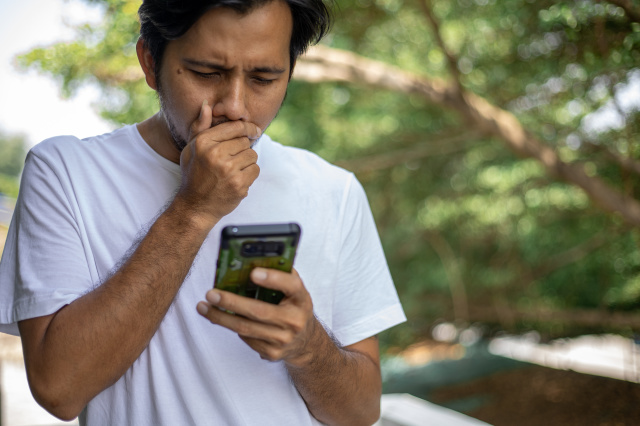 This could lead to a pre-screening app you could use.

It’s easy to be worried when you cough these days — is it COVID-19, or are you just clearing your throat? You might get a clearer answer soon. MIT researchers have developed AI that can recognize forced coughing from people who have COVID-19, even if they’re otherwise asymptomatic. The trick was to develop a slew of neural networks that can distinguish subtle changes indicative of the novel coronavirus’ effects.

One neural network detects sounds associated with vocal strength. Another listens for emotional states that reflect a neurological decline, such as increased frustration or a “flat affect.” A third network, meanwhile, gauges changes in respiratory performance. Throw in an algorithm that checks for muscular degradation (that is, weaker coughs) and it provides a more complete picture of someone’s health.

The AI is highly accurate in early tests. After the team trained its model on tens of thousands of cough and dialog samples, the technology recognized 98.5 percent of coughs from people with confirmed COVID-19 cases. It identified 100 percent of people who were ostensibly asymptomatic, too.

There are clear limits. The technology isn’t meant to diagnose symptomatic people, as they might have other conditions that produce similar behavior. And while it’s quite capable, you wouldn’t want to use this for a definitive verdict on whether or not you’re infected.

This isn’t a theoretical exercise, though. The scientists are developing a “user-friendly” app that could be used as a prescreening tool for the virus. You might only have to cough into your phone each day to determine if it’s safe for you to head outside. The researchers even suggest this could put an end to pandemics if the tool was always listening in the background, although that’s a big “if” when it would likely raise privacy issues.