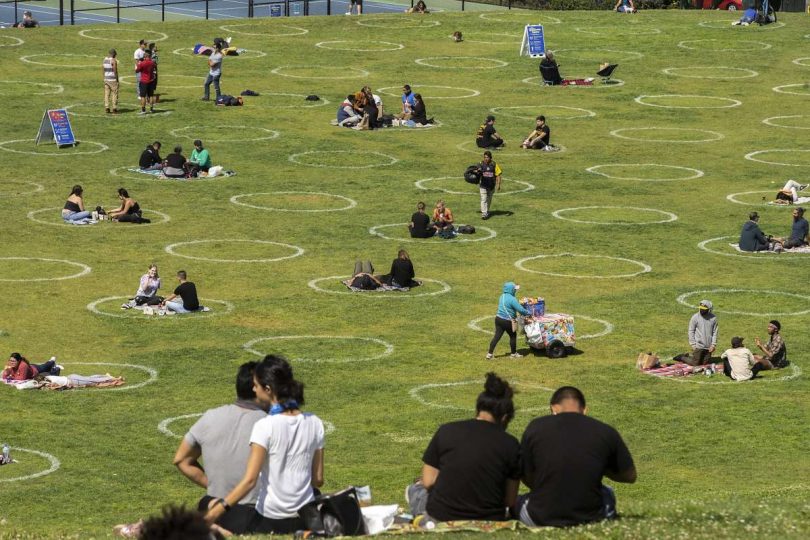 Texas has passed California as the state with the most coronavirus cases, according to data collected by Johns Hopkins University.

California had held the top spot in the U.S. since mid July, when it passed New York. But as the most populous state in the country, California has a relatively low number of cases per capita. It currently has 2,366 cases per 100,000 residents, compared to Texas’ 3,282 cases per 100,000, according to the New York Times tracker. Nearly 29 million people live in Texas and 39.5 million in California.

Hospitalizations in Texas have spiked more than 75% since the beginning of the month, the Texas Tribune reported. As of Saturday, there were 5,696 Texans being treated in hospitals for the virus. California’s hospitalizations are less than half that number — 2,525 people.

Experts blame the surge in Texas cases on social gatherings including birthday parties and game days, with fewer people wearing masks and staying home, the Tribune reported. The spike also follows loosened commercial restrictions. An executive order from Gov. Greg Abbott on Sept. 17 allowed nonessential businesses to reopen at 75% capacity in some regions.

The cities of El Paso, Lubbock and Amarillo have become coronavirus hot spots. El Paso businesses were scaled back again to 50% capacity last week, according to the El Paso Times, and the county is under curfew. On Thursday, the state sent 500 medical personnel and 100 pieces of medical equipment to help the city, which is along the Mexico border, the Tribune reported.

With the pandemic surging across much of the country in recent weeks, several smaller states have extraordinarily high case rates. North Dakota has only 43,921 cases, but that works out to roughly 5,763 cases per 100,000 residents, the highest rate in the nation.