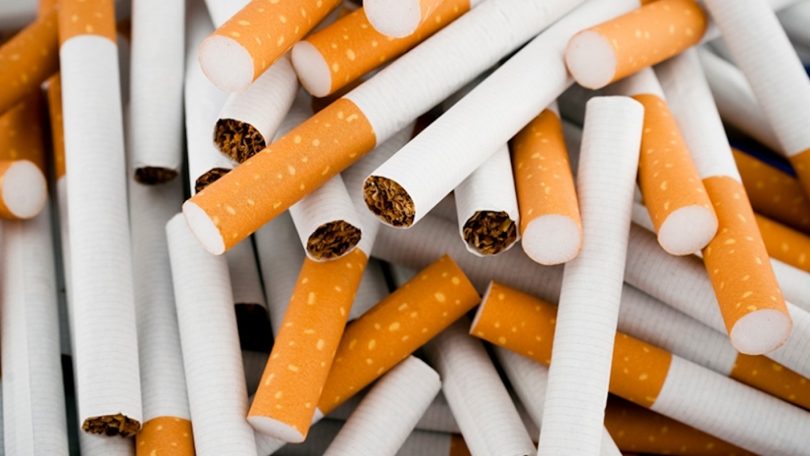 Lung health is at risk from Covid-19. Naturally, some Americans turned to cigarettes.

Jamie Hickey, a 41-year-old personal trainer based in Pennsylvania, hadn’t smoked in eight years, but he caved when the Covid-19 pandemic hit. “The boredom was the biggest part of it — just wanting something to do,” he said. “It broke up the monotony of the day, and if we weren’t in quarantine, I don’t think I would’ve ever gone back.”

The pandemic has encouraged us to pick up some pretty bad habits: bingeing (of television, food, and alcohol varieties), ghosting, doomscrolling, impulse shopping — but one that seems particularly counterintuitive is smoking. The choice to smoke feels strange right now for so many reasons: It’s an unnecessary expense in a time that has made our wallets tight, nicotine withdrawals can make users jittery, and it puts our lung health at risk.

We still are in the dark about some aspects of the coronavirus, but we know that it has taken the lives of more than 240,000 Americans and that it generally affects the ability of an infected person to breathe comfortably. At the beginning of the pandemic, being put on a ventilator was the death knell for thousands of people who were struggling with virus-related respiratory issues. A World Health Organization study found a “statistically significant association between smoking status and primary endpoints of admission to Intensive Care Unit (ICU), ventilator use or death” in Covid-19 patients.

Yet, the global tobacco industry, which is on track to be worth more than a trillion dollars by 2027, has not failed in this pandemic. As of 2018, 34.2 million American adults smoked tobacco. Smoking is deadlier than Covid-19; according to the Centers for Disease Control and Prevention (CDC), it kills more than 480,000 Americans every year. Of all the times to dedicate ourselves to a deadly vice, why now?

Each year, cigarette sales decline by 3 to 4 percent, and it’s been that way since the 1980s. Just last year, sales declined by 7 percent, likely due to the rise of e-cigarettes and vapes. Altria Group, a major tobacco corporation, predicted before the US Covid-19 epidemic that cigarette sales in 2020 would drop by 4 to 6 percent. In fact, the decline in cigarette sales in the United States has not been as sharp as expected. As of July, sales were expected to decline only about 2 to 3 percent this year, despite a pandemic that has created an imminent threat to respiratory health.

In November 2019, e-cigarette company Juul stopped selling all non-menthol and tobacco product flavors (fruit and dessert flavors had previously drawn young people into vaping). The damage, though, had already been done: Countless teens were addicted to nicotine, and some were falling ill from a mysterious vape lung disease. On February 6, 2020, a flavored e-cigarette ban went into effect across the country.

Although the ban applied only to cartridge and pod devices like Juul, the restrictions came around the time the pandemic began in the United States. Altria Group has a stake in Juul, but the company’s valuation has dropped dramatically; at the end of October 2020, it was worth $10 billion, compared to its $38 billion valuation in 2018. As Julia Belluz previously reported for Vox, quitting Juul can be more difficult than quitting cigarettes, which is ironic since e-cigarettes as a concept were initially angled as a way to help people quit cigarettes. In the past year, only 3 percent of smokers have used Juul to quit. The scarcity of e-cigarettes may have contributed to rising cigarette interest during the pandemic.

People’s discretionary spending has also shifted during the pandemic. There aren’t as many opportunities to purchase, say, concert or airline tickets. It seems the extra cash may be rolling over to vices. While some of us are online shopping more than usual, others are picking up cigarettes again. We also have time to fill — more hours at home, more hours alone to think about the dread and boredom of, well, all of this. Things are not fun anymore, and our brains are seeking a thrill.

That was certainly the case for Hickey, who was furloughed and uncertain about when he would be able to return to work. “It gave me a break to go outside and be by myself, and escape reality,” he said.

Living through a pandemic is stressful, and our brains help us cope by finding distractions to get through the day. According to Psychology Today, smoking is a form of self-soothing. Nail-biting, thumb-sucking, overeating, and overdrinking are also forms of self-soothing that might be connected to the suckling reflex we have as infants. Smoking can get people through the chaos of everyday life with a mixture of dopamine and epinephrine.

With one chemical activating the reward response and the other activating the fight-or-flight response, the telltale nicotine buzz is created. It’s a high our brains will continue to chase, and likely what people are looking for in a time of uncertainty. In June, a CDC survey showed that 40 percent of respondents reported at least one “adverse mental or behavioral health condition” as a result of the pandemic; 13.3 percent reported substance use to deal with stress and emotions related to Covid-19.

Brian Murray, a 51-year-old contractor and owner of L&M Custom Coatings in Covington, Louisiana, had a heart attack at age 49. It changed his life; he quit cigarettes immediately after leaving the hospital. For two years, Murray was able to refrain from smoking, but when his business fell on hard times during the pandemic, he went back.

Murray tells me he’s now smoking a pack and a half a day. “I let my mind go crazy, and I started smoking again like an idiot and I very much regret it. I felt like I didn’t know what was going to happen, and I just needed something. It was definitely stress relief,” he said. “It was an all of a sudden thing: everything’s going downhill, I was about to lose my truck. Everything was snowballing, and I just grabbed a cigarette and that was it. It was supposed to be one cigarette, but that didn’t work.”

Murray says he’s “scared to death” about the possibility of contracting the coronavirus because he’s at high risk due to a COPD diagnosis and his past heart attack. His uncle contracted it and almost didn’t make it. In the past few weeks, his business has been picking up, and he feels ready to refocus and dedicate himself to change. “I definitely plan on quitting,” he said. “I bought more patches and I bought more gum. I got everything ready, it’s just I need to commit to a date. I had a new grandbaby born two days ago, so I’ve got to quit.”

Another part of the appeal of cigarette smoking is the routine it provides. The world simply feels unpredictable. The pandemic altered all the plans and schedules we’ve become accustomed to, and it left confusion in its wake. Lives that are typically ruled by school or work, friends and family, appointments and vacations, are now empty. They were suddenly interrupted, and there’s no way of knowing when normalcy will really return — if ever.

Cigarette smoking is a consequential habit, but it is also a small, controllable addition to the day. It doesn’t take too much time to smoke a cigarette, it can be done at regular intervals, and it provides something to look forward to. Kevin LaBar, a cognitive neuroscientist at Duke University’s Institute for Brain Sciences, told Wired that there can be “distortions in time perception when you present people with threats.” Some people report that time feels slower right now, while others are experiencing it as more fast-paced. However, a cigarette is a constant. It fills the time, and it gives an illusion of control to the smoker.

Dan McCarthy, a 43-year-old journalist based in Massachusetts, had been a cigarette smoker for 12 years. In March, he was smoking up to a pack of cigarettes a day. By April, he knew he had to quit, but he just couldn’t shake his desire to go outside and smoke. “It had nothing to do with the actual nicotine addiction,” he said. “I relied on cigarettes for relief. It was a relief from something: from the inability to figure something out, or the relief in between getting a project done and starting a new one. It was psychosomatic.”

For him, cigarettes were more of a daily ritual, one he was so used to he couldn’t do without. He decided to try a different approach: exchanging cigarettes for cannabis. (McCarthy works in the cannabis industry, and it has been a part of his life for years.) He went to a dispensary, an essential business in his state, and stocked up on weed.

“The world is falling apart. What’s this going to hurt if I just give this a go? I said to myself, anytime I have an urge, I would run downstairs and take a quick puff,” he told me. “I wanted to catch any little urge and start to potentially hack my brain to redirect that serotonin blast you get when you are doing something out of habit. I figured maybe I could disrupt that, and that’s basically what happened.” After 12 years of cigarette smoking, McCarthy claims he was finally able to quit.

He’s not the only one. After a few months in quarantine, Hickey got tired of smelling like cigarettes and how smoking affected his workouts. He was also worried about how impaired breathing could put him at risk were he to catch Covid-19 — “it’s one more underlying factor that you actually do have control of” — so he quit cold turkey.

But that doesn’t mean he doesn’t miss it. He notes that keeping up with his kids at home for virtual school is a stress point for him. “I haven’t smoked for a few months now, but there are points where I wish that I did,” he joked.

In the pilot episode of Mad Men, a researcher tells Don Draper that consumers have a “death wish” and that this is why they are drawn to cigarettes. It’s a not-so-scientific theory from Freud’s 1920 book Beyond the Pleasure Principle that suggests people exhibit this instinct outwardly, with actions that are aggressive, risky, or harmful. It contrasts with Freud’s theory of life instincts, which push us toward sex, cooperation, and survival.

Simply put, it’s self-sabotage. Perhaps we flirt with danger to challenge our own invincibility. While we fight to survive the psychological stress of the pandemic, we are also overwhelmed by the constant reminder that we are feeling unsafe right now. We’re getting by any way we can, and the cloud over life right now is particularly dark. A cigarette break considering all that we’re facing doesn’t sound half bad — at least in the moment.