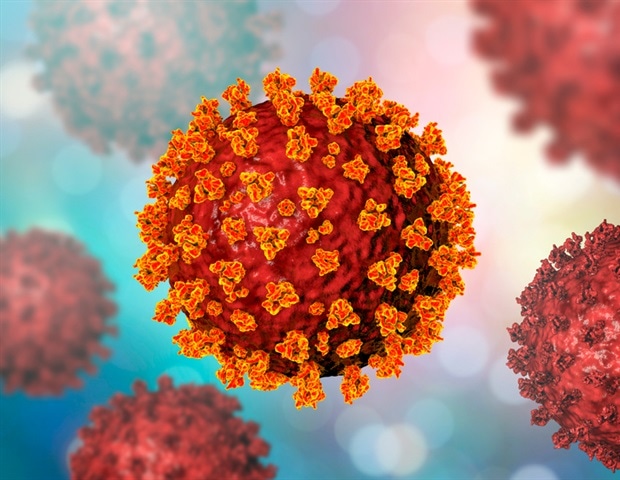 While the world waits for a widely available, safe, and effective COVID-19 vaccine, scientists are becoming ever more creative in their search for other ways to protect people from the disease. Now, a clinical trial has begun in Australia to find out whether nasal drops that contain chicken antibodies to SARS-CoV-2 can offer temporary protection.

The Stanford University team that’s sponsoring the unusual phase I study hopes the antibodies can safeguard people at increased risk of infection for several hours. If the idea pans out—and there are no animal data yet showing it can work—people could sniff the nasal drops before getting on a plane, working in a crowded space, entering a college dormitory, or joining a family get together. “There is a huge opportunity,” says Daria Mochly-Rosen, the Stanford protein chemist spearheading the project.

Other protective nasal sprays are in development, but the Stanford approach is unusually low-tech, relying on antibodies harvested from egg yolks of chickens immunized with spike, the surface protein of SARS-CoV-2. The trial will assess the safety of those antibodies given intranasally and how long they persist in the nose. The research team also plans to test whether the antibody-laden nasal drops protect hamsters deliberately exposed to the coronavirus.

“The concept, in principle, sort of makes sense,” says Michael Diamond, an infectious disease clinician at Washington University School of Medicine in St. Louis who is developing a nasal-administered vaccine for COVID-19. “But there are a couple of issues to think about.” One is how long the chicken antibodies will last before they degrade, he says, and the other is whether humans will develop an immune response against them.

Mochly-Rosen is confident the antibodies will pass those tests, but says, “The proof is in the pudding”—the placebo-controlled safety trial now taking place in 48 people in Australia.

The project is part of SPARK, a nonprofit Mochly-Rosen launched in 2006 to help academics conduct proof-of-concept studies that could translate biomedical research ideas into medicines. Labmade antibodies for human medicines are expensive to develop and then manufacture, usually relying on huge numbers of cells grown in bioreactors. To make the chicken antibodies, in contrast, researchers inject the spike protein into the chests of chickens. The birds mount a vigorous immune response to it, which includes laying eggs that contain antibodies against the coronavirus protein. Researchers harvest the antibodies—a distinctive chicken variety called immunoglobulin Y (IgY)—from the yolks and formulate the nasal drops. The team thinks a dose of the egg derived product could cost just $1.

The idea came from a Spark director in Australia, Michael Wallach at the University of Technology Sydney, who has made vaccines to protect chickens from disease and has tested chicken antibodies in a mouse influenza model. And there are precedents: Clinical trials are testing whether gargling IgY solutions can protect cystic fibrosis patients from a respiratory tract infection with Pseudomonas aeruginosa, while others are testing an IgY mouthwash to prevent dental plaque caused by Streptococcus mutans and a food supplement to treat Helicobacter pylori.

Mochly-Rosen contends that the natural degradation of the antibody—the so-called half-life—in the nose isn’t what will limit how long it could protect a person. “It’s not the half-life of the drug that matters,” she says. “It’s how fast the nose clears material that’s introduced to it.” She notes that humans swallow more than 1 liter of mucus each day, which is swept along by cilia lining the nasal cavity. And she adds that large studies haven’t found anti-IgY antibodies in humans, even in chicken farmers who have antibodies to proteins from pigs and rabbits. (Diamond says this doesn’t apply to a nasal drop of IgY. “We don’t normally snort our chickens,” he says.)

In addition to the human trial, Mochly-Rosen and co-workers are assessing anti-IgY responses in rats. She says a “challenge” study in hamsters, in which scientists would give them nasal drops and then try to infect the rodents and cause disease, has been stalled because those animals remain in short supply.

Other researchers are eyeing nasal COVID-19 protections. A team led by scientists from the Columbia University Medical Center showed in a preprint published 5 November that they could protect ferrets from SARS-CoV-2 with a nasal spray containing a lipopeptide that binds to spike and prevents the virus from fusing with cells. Another group engineered about 35,000 mimics of angiotensin-converting enzyme 2, the main receptor the virus latches onto, selected the most potent decoy and then showed that, given as a nasal spray, it protected hamsters from infection.

If the Australian trial establishes safety, reveals no obvious side effects, and doesn’t find a significant response against the chicken antibody, SPARK hopes to launch an efficacy trial in the United States. “The number of COVID-19 patients in Australia is zilch, so we have to come back here,” says Mochly-Rosen, who has already started to discuss such a study with the U.S. Food and Drug Administration.