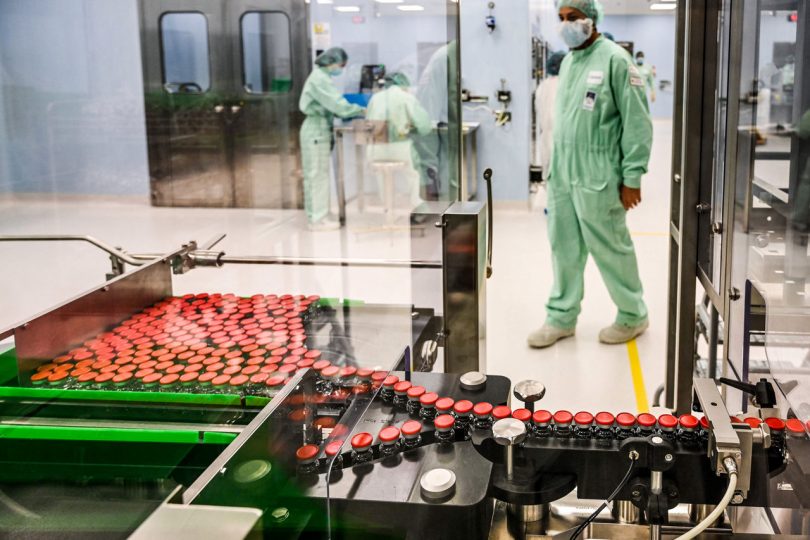 Enthusiasm and confusion greeted announcements this week about the efficacy of a vaccine candidate from the University of Oxford and AstraZeneca, which is now the fourth to report preliminary results of success in press releases.

“It’s very good to have positive results from different platforms,” says Ana Maria Henao Restrepo, who is leading an effort at the World Health Organization to stage COVID-19 trials that compare different vaccines’ efficacy. “That reaffirms our positive feelings that vaccines against this virus can be efficacious.”

But many people raised questions about the relatively inexpensive vaccine from Oxford and AstraZeneca, which could produce up to 3.75 billion doses in 2021.

“It’s a head-scratcher on a number of levels, and this is the worst aspect of science by press release,” says immunologist John Moore, a vaccine researcher at Weill Cornell Medicine.

AstraZeneca and Oxford reported on 22 November in separate press releases that an interim analysis of trials in the United Kingdom and Brazil found an “average efficacy” of 70%. Both studies gave volunteers a “prime” first dose and a booster shot at least 1 month later. But the U.K. study compared two different doses for the prime, whereas the Brazilian study only looked at one dose and enrolled people across a wider range of ages. Efficacy ranged from 62% to 90% depending on the strategy. “There are a number of variables that we need to understand, and what has been the role of each one of them in achieving the differences in efficacy,” says Moncef Slaoui, chief scientist of the U.S. government’s Operation Warp Speed, which has invested heavily in the vaccine, including in an ongoing efficacy trial.

The vaccine uses a crippled adenovirus isolated from chimpanzees. Oxford researchers modified the adenovirus to hold the gene that codes for spike, the surface protein of SARS-CoV-2, the viral cause of COVID-19. Early in the U.K. study, researchers noticed a manufacturing error that led AstraZeneca to fill vials with half the intended dose. (AstraZeneca and study investigators did not reply to requests to explain how the manufacturing mistake occurred.) Rather than drop people from the study who already had received the lower dose prime shot, the team modified the trial protocol to compare people who received a half dose followed by a full dose with those given the two full doses. The study compares the vaccinated people with control groups given either a meningococcal vaccine or a placebo shot.

In Brazil, the vaccinated participants received a full dose at the prime and boost stages.

The study had 131 total cases of COVID-19 at the interim analysis, but the releases gave no details about the number in each group. People who received the half-dose priming shot did best, with 90% efficacy. The press release from Oxford says the half-dose scheme may also “help to prevent transmission of the virus” as it had “lower rates of asymptomatic infection in the vaccinees, with further information to become available when trial data are next evaluated.” Unlike other COVID-19 vaccine efficacy trials, this study swabbed the noses of participants each week, which allowed researchers to detect asymptomatic infections, which studies have shown often transmit SARS-CoV-2.

Slaoui notes that this substudy enrolled only people who were between 18 and 55 years old, excluding the most vulnerable population, elderly people. The study’s 62% efficacy combines the groups that received full doses in both countries. “What is the true result?” Moore asks. “Is it the 62% or 90%?”

Researchers especially want to know why the half-dose prime would lead to a better outcome. The leading hypothesis is that people develop immune responses against adenoviruses, and the higher first dose could have spurred such a strong attack that it compromised the adenovirus’ ability to deliver the spike gene to the body with the booster shot. “I would bet on that being a contributor but not the whole story,” says Adrian Hill, director of Oxford’s Jenner Institute, which designed the vaccine.

Russia’s Gamaleya Research Institute of Epidemiology and Microbiology has a COVID-19 vaccine, dubbed Sputnik V, that for this very reason uses different strains of adenovirus in the prime and boost shots. Gamaleya announced yesterday that an interim analysis of a Sputnik V trial has found 91.4% efficacy based on 39 cases of COVID-19.

Some evidence also suggests that slowly escalating the dose of a vaccine more closely mimics a natural viral infection, leading to a more robust immune response. “It’s not really mechanistically pinned down exactly how it works,” Hill says.

Because the different dosing schemes likely led to different immune responses, Hill says researchers have a chance to suss out the mechanism by comparing vaccinated participants’ antibody and T cell levels. The 62% efficacy, he says, “is a blessing in disguise.”

But Moore says the low-dose prime group resulted in too few cases to be confident in its results. “Was that a real, statistically robust 90%?” he asks.

The AstraZeneca/Oxford vaccine’s preliminary results have similar total case numbers to ones reported earlier by Moderna and by Pfizer and its partner BioNTech. But those COVID-19 vaccines, which use a new technology that fashions messenger RNA (mRNA) to code for spike, had convincing efficacy of about 95%.

Moore says a key difference in efficacy may have to do with the vaccines’ versions of the spike protein. In nature, viral surface proteins can wobble. Moore’s group showed in 2002 that introducing stabilizing mutations in HIV’s surface protein led to much more robust antibody responses when it was injected into animals. Pfizer and BioNTech, Moderna, and several other leading COVID-19 vaccinemakers have added similar stabilizing mutations to spike. The Oxford group did not. “In the end, it may not matter,” Moore allows. “But Oxford is out on a limb.”

Henao Restrepo, a strong advocate for fair and equitable distribution of COVID-19 vaccines, is encouraged that the AstraZeneca/Oxford vaccine is relatively cheap, about $3 per dose, and only needs refrigeration temperatures for storage. The mRNA vaccines, in contrast, will cost at least $20 per dose and must be kept at subzero temperatures. “Should I give a vaccine that is 90% effective only to a limited population? Or should I give a vaccine that is 70% or 80% effective to the majority?” she asks.

That question could guide how various countries use the AstraZeneca/Oxford vaccine, assuming their regulatory agencies approve it. “We’re not going to develop the 62% regimen when we have a 90% regimen,” Hill says, but he acknowledges that regulators could authorize emergency use before convincing data exist that the low-dose prime leads to higher efficacy.

In the United States, Warp Speed has enrolled about 11,000 of a planned 40,000 participants in a trial of the AstraZeneca/Oxford vaccine that uses the full-dose prime, Slaoui says. He adds that the study could switch to a half-dose prime if researchers tease out the factors that led to 90% protection and if more evidence supports the preliminary finding. Slaoui notes, too, that this trial may soon get an efficacy signal with the full dose prime and boost. “Unfortunately, the pandemic in the U.S. is progressing so fast,” he says.

Hill, who an April article in The New York Times said was “sprinting fastest” in the race to a vaccine, says the race isn’t over despite the flurry of press releases this month. “The race is to save lives,” he says. “If we provide more vaccine next year, particularly in places where there’s a lot of disease like Brazil and India, and save more lives, that’s us winning to us—not having done the press release first.”