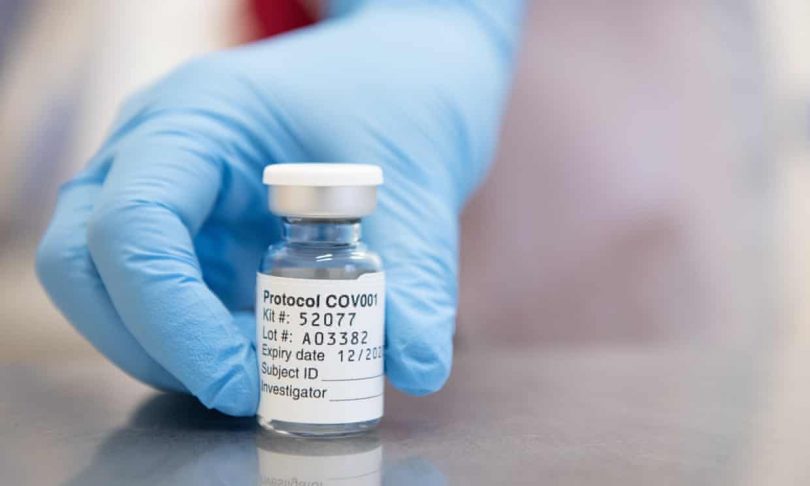 Oxford/AstraZeneca findings have certain advantages over those from other versions

Within weeks, the prospects of an end to the pandemic have changed utterly, with three vaccines against Covid-19 reporting good results in final clinical trials and at least one likely to be used before Christmas. But there are still huge challenges ahead.

The results from the Oxford University/AstraZeneca vaccine, which is absolutely central to the UK’s vaccination strategy, may at first glance look not as good as those of Pfizer/BioNTech and Moderna – the two mRNA vaccines that have both reported 95% efficacy.

But although Oxford’s headline figure is 70% efficacy in the full trials, that rose to 90% for the group that was given a half dose of the vaccine initially, followed by a full dose four weeks later. Scientists have not yet fully worked out why, but think giving the immune system just a small first glimpse of the virus’s spike protein may be a better way to kick it into action the second time.

Whatever the reason, the 90% finding puts the Oxford vaccine on a par with Pfizer/BioNTech and Moderna’s versions – if it is maintained in the full trial results. And Oxford has several major advantages over the others. First, it is stable at fridge temperatures of 2-8C, so no worries about freezer boxes containing more than 900 doses having to be used in a hurry or wasted. And for the developing world, it is doubly good news – no freezers needed and fewer doses required due to the initial half-dose.

Second, the Oxford vaccine is cheap, at £3 a dose, while the other two are more than £20 a dose. Oxford has from the start stressed its ambition to enable the entire world to be vaccinated. It has made arrangements to produce the vaccine around the globe.

Third, the vaccine has a good safety profile, in spite of the hitch some months back when a volunteer in the UK became ill and the trials were paused. And it has been shown to work as well in elderly people – who are most likely to die from Covid – as in other age groups, and with fewer side-effects.

It is great news for the UK government, which has invested heavily in the Oxford vaccine as well as ordering 100m doses. That is enough to immunise the country’s entire adult population. Ease of use – no freezer lorries or storage facilities at -70C – means GP practices can have a fridge-full and take it out to care homes without worrying it will go off. It also makes it possible to visit the frail and elderly in their own homes, so they do not have to be transported to vaccination centres.

But it is not all over yet. First the regulators have to pore over all the data from these trials and ensure the vaccines are safe. Normally this would take up to 210 days in the case of the Medicines and Healthcare products Regulatory Authority (MHRA) in the UK, but provisions have been put in place for emergency authorisation – which then must be confirmed within a year.

Even so, no corners will be cut, the MHRA has said. First up is the Pfizer/BioNTech vaccine, which has filed its data with the MHRA and the Food and Drug Administration in the US. The FDA’s advisory group will discuss the Pfizer vaccine on 10 December. Moderna will be next in the US, because Oxford/AstraZeneca need to trial the half dose/full dose regimen there before they can submit data for emergency approval.

Once a vaccine is authorised by one of the regulators, the issue will be supply. Only a few million doses will be available this year. Pfizer/BioNTech have said they can produce 50m in 2020 – and they have orders from Europe for 200m doses, 100m from the US and 40m from the UK, so there is quite a queue.

Once a licensed vaccine becomes available for use, older people will take priority. In the UK, the Joint Committee on Vaccination and Immunisation has recommended care home residents and staff first, followed by the over-80s and NHS staff. Age is the chief criteria, but there are already calls for other vulnerable people with underlying health conditions that have forced them to shield at home to be higher up the list, as well as questions over the priority given to black, Asian and ethnic minority groups.

Vaccination should be full steam ahead in January, but we do not yet know what the take-up will be. Anti-vaxxers with hard-wired objections to vaccines are a very small minority. But there are many more who are hesitant and doubtful, worried that a brand new vaccine, developed and manufactured in record time, may not be 100% safe.

And while the hope will be of a return to normality, it may still not be safe to party. The vaccines appear to work better than anyone dared hope. There was originally talk of 50% efficacy. But in a population of millions, 90% efficacy still means a lot of people – one in 10 – will not be completely safe. The pubs will reopen. But it will be months or even years before all our caution over social interaction can safely melt away.