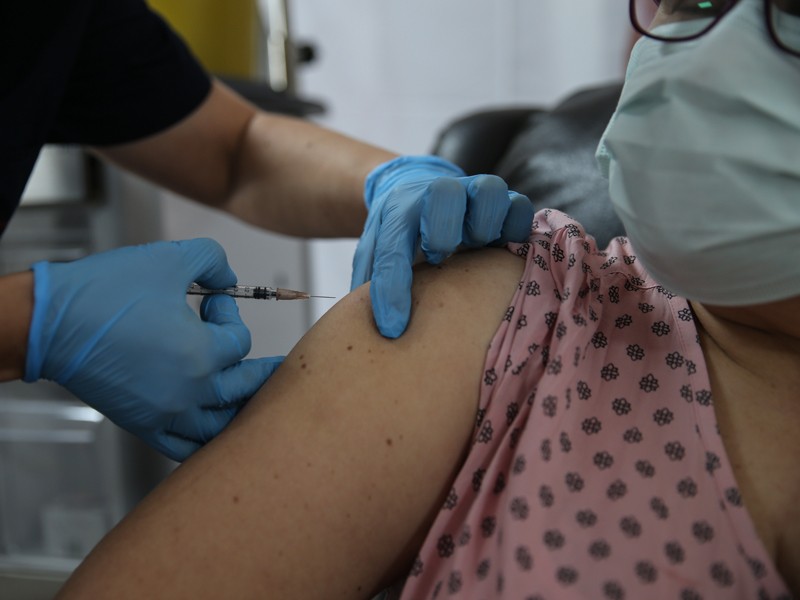 Immunizations are speeding towards approval before clinical trials end, but scientists say this could complicate efforts to study long-term effects.

After a flurry of positive results from clinical trials of COVID-19 vaccines, developers are now seeking ‘emergency use’ approvals, which could see these immunizations deployed in potentially tens of millions of people. But scientists are concerned that this kind of early deployment could compromise the ongoing clinical trials that seek to show conclusively how well the vaccines work.

Following the release of early data from phase III trials on 9 November, vaccine makers Pfizer and BioNTech have sought regulatory permission to deploy their vaccine under emergency-use rules. The developer of another leading vaccine, Moderna, is expected to do the same within weeks.

Once a vaccine is granted emergency approval, there is pressure on developers to offer the immunization to trial participants who received a placebo. But if too many people cross over to the vaccine group, the companies might not have enough data to establish long-term outcomes, such as safety, how long vaccine protection lasts and whether the jab prevents infection or just the disease.

“It’s a real vaccine-development dilemma,” says Klaus Stöhr, who formerly headed vaccine design at the pharmaceutical company Novartis in Cambridge, Massachusetts, and is now retired. Still, Stöhr thinks that the vaccine should be granted emergency-use authorization, because its effectiveness has been established and there is a dire need.

Such competition between a clinical trial for a vaccine and emergency use of it is new for vaccine development. Only this month, the World Health Organization approved the first-ever emergency use for an immunization still being tested, against a type of poliovirus that is spreading in the Southern Hemisphere. But phase III trials for that jab have not yet begun.

Pfizer, based in New York, and BioNTech, based in Mainz, Germany, submitted an application on 20 November for an Emergency Use Authorization (EUA) from the US Food and Drug Administration (FDA). Under the FDA’s rules for COVID-19 vaccines, companies can apply for an EUA when half the trial participants (half of 43,000 people in Pfizer’s case) have been followed for two months after their last dose. Pfizer–BioNTech has already hit that mark; Moderna, based in Cambridge, Massachusetts, says it expects to meet this milestone for its trial of 30,000 participants soon, and that it will apply for an EUA in the coming weeks.

The FDA announced that its vaccine advisory committee will meet on 10 December. The committee will assess the companies’ data and decide whether the vaccines are safe and effective enough for restricted use.

Many researchers expect that the authorizations will be granted. Once a vaccine is approved, a committee of the US Centers for Disease Control and Prevention in Atlanta, Georgia, will determine which groups should be the first in line for vaccination. The panel is considering high-risk groups, such as elderly people, those with diseases such as diabetes that make them more susceptible to COVID-19, and health-care workers.

Early use of the vaccines in high-risk groups will almost certainly save lives, says Jerome Kim, director-general of the International Vaccine Institute in Seoul. The vaccines have been tested for only a couple months, however, so it is too early to know how long they will be effective for, he says.

Trial participants are typically ‘blinded’ as to whether they received the vaccine or a placebo. But once a vaccine has been shown to work, it becomes harder to ask participants to remain in the placebo arm unprotected, says Paul Offit, a vaccine researcher at the Children’s Hospital of Philadelphia in Pennsylvania. “It is a question of ethics,” he says.

On 10 November, Pfizer sent a letter to participants, seen by Nature, which states that the company is exploring ways to allow interested participants in the placebo group who meet eligibility criteria for emergency access to cross over into the trial’s vaccine arm. A spokesperson told Nature that the company would have “an ethical responsibility to inform all study participants about the availability of an Emergency Authorized Vaccine.”

Nature heard from around a dozen participants in the Pfizer–BioNTech or Moderna trials, most of whom said that if they learnt they had received a placebo, they would take the vaccine if offered. “One reason I participated was my understanding that the standard for blinded studies is to unblind the study if the vaccine is highly effective, and offer all groups the vaccine,” says Moderna trial participant Emma Bernay, from Cincinnati, Ohio.

But if too many people cross over, the trials might not have sufficiently large control groups to gather statistically significant results for some long-term goals, says Stöhr. These include ruling out any long-term safety issues, and conclusively establishing whether the vaccine prevents people getting infected with SARS-CoV-2, or whether it simply protects infected people from getting the disease. There’s also the risk of people in trials other than the Pfizer–BioNTech and Moderna ones dropping out to get vaccinated under emergency-use provisions, says Larry Corey, a vaccinologist at the Fred Hutchinson Research Center in Seattle, Washington.

The Pfizer spokesperson says that the company will discuss with the FDA how it will gather data to comprehensively measure safety and efficacy if participants cross over. The company’s clinical-trial plan says it intends to monitor participants for two years after their final vaccine dose.

Other COVID-19 vaccine developers are also grappling with these issues. Eduardo Spitzer, the scientific director of the Elea Phoenix Laboratory in Buenos Aires, which is running trials in Argentina of a Chinese vaccine from Sinopharm in Beijing, is sure that the country will start an emergency-use vaccination programme. If that happens, doctors, nurses and other essential workers, many of whom have been enrolled in the trial, might be given mandatory vaccinations and therefore no longer qualify for participation in the trial. Other participants in the placebo group might drop out to get a shot they know is the vaccine. “I am 200% sure that an EUA will affect the trial,” says Spitzer.

There are ways of managing such disruptions without jeopardizing the trial outcome, says Kathleen Neuzil, director of the Center for Vaccine Development and Global Health at the University of Maryland in Baltimore. She is also co-chair of the US National Institutes of Health’s COVID-19 Prevention Trials Network, which arranges clinical trials for companies including Pfizer and Moderna. Participants who initially received a placebo but crossed over to get the vaccine could be monitored as a separate group, and a comparison of the vaccine’s long-term efficacy and safety could be made between those groups, she says. Neuzil used a similar set-up to determine the length of protection offered by the first shingles vaccine.

Before unblinding the trials, companies could also ask volunteers to remain in the study and receive the vaccination as soon as the trial is over, says Corey.

Christian Smerz from Houston, Texas, a participant in the Pfizer trial, told Nature that he understands the importance of the placebo group for further testing and would consider staying in the trial.

Companies and regulators can also gather safety and efficacy data on people in the high-risk groups who purchase the vaccines, says Eng Eong Ooi, an infectious-disease researcher at Duke–NUS Medical School in Singapore.

But such data can be biased because they cannot be compared with data from a control group, says Ooi. However, they can still provide useful insights into safety and efficacy, he says. “We cannot have the best of both worlds. The world is in need of what we have now,” he says.

Nevertheless, once a COVID-19 vaccine receives emergency authorization, trials of subsequent vaccines will become more complicated, says Ooi, who is developing a vaccine that is in early trials. Companies starting new trials will have to show that their vaccines are better than those granted emergency approval, making trials more expensive. “Any vaccine approved, even if only for emergency use, will change the landscape of how vaccines get into the market,” he says.