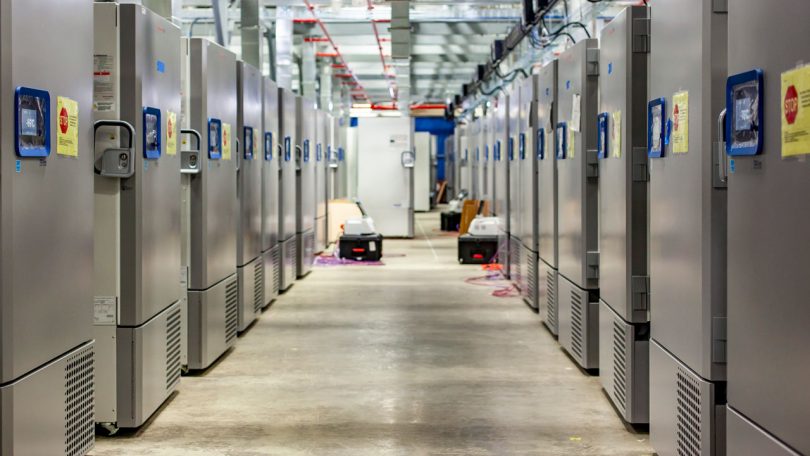 Health care workers and elderly people living in long-term care facilities should receive top priority for COVID-19 vaccines in the United States if, as expected, one or more becomes available next month in limited supply. That’s what a group that advises the U.S. Centers for Disease Control and Prevention (CDC) on such fraught issues decided today in a near-unanimous vote.

After hearing detailed presentations from CDC scientists who explained the rationale for this specific prioritization scheme, the Advisory Committee on Immunization Practices (ACIP) voted 13 to one to support their proposal. Under the scheme, the first phase of vaccination, known as 1a, would begin with about 21 million health care workers and about 3 million adults who live in long-term care facilities. As spelled out in the 4-hour-long virtual meeting, these groups are at highest risk of becoming seriously ill or dying from COVID-19, and protecting them first, in turn, reduces the burden on society.

“I agree strongly with the decision of the committee,” says Stanley Perlman, a veteran coronavirus researcher and clinician at the University of Iowa who advised ACIP but is not part of it. “The discussions were incredibly thoughtful with everyone recognizing that we needed to make difficult choices. Of course, these allocation issues will become irrelevant once there are enough doses of useful vaccines.”

CDC representatives spelled out the allocation plans for phase 1b and 1c, but the advisory committee did not discuss those today. The proposed phase 1b would target “essential workers”—for example, school staff, police, grocery workers, and bus drivers—whereas phase 1c would target adults older than 65 and adults of any age who have high-risk medical conditions. CDC must now decide whether to accept the phase 1a recommendation, then states and local jurisdictions will make the final decisions about this and later prioritizations.

The ACIP vote from this emergency meeting recommends how to initially allocate COVID-19 vaccines when they’re in short supply, but it says nothing about specific vaccines. The U.S. Food and Drug Administration (FDA) on 10 December and 17 December plans to review applications for emergency use authorization (EUA) of two COVID-19 vaccines that worked remarkably well in just completed efficacy trials. Pfizer and its partner BioNTech, and the biotech Moderna have independently fashioned the vaccines from messenger RNA (mRNA), a technology that has never come to market. In this case, the mRNA carries the code for the surface protein from SARS-CoV-2, the pathogen that causes COVID-19, and the vaccines each showed efficacy of about 95% at preventing symptomatic disease.

If FDA approves the EUAs for the vaccines, the U.S. government already has contracts in place to purchase doses, and the companies say they could, combined, provide up to 40 million doses before the end of the year. But each vaccine requires two doses. Come January 2021, CDC representatives at the ACIP meeting said they expect new doses of each mRNA vaccine to arrive at between 5 million to 10 million per week.

The companies are also seeking emergency approval of their vaccines in the United Kingdom and elsewhere in Europe. Today’s ACIP meeting follows detailed prioritization discussions on COVID-19 vaccines held over the past several months, including one conducted by the National Academies of Sciences, Engineering, and Medicine.

Grim statistics led to the phase 1a grouping embraced by the panel. Residents of long-term care facilities and the staff there, who are considered health care workers, as of last week accounted for 6% of all COVID-19 cases in the United States and 40% of the deaths. In all, they represented 730,000 cases and 100,000 deaths. Residents of these facilities make up only 1% of the U.S. population. The U.S. government has negotiated with two national pharmacy chains to send teams to long-term care facilities to vaccinate staff and residents.

And as hospitals and clinics have become flooded with COVID-19 patients, forcing nurses and physicians who face shortages of personal protective equipment to work long shifts, nearly 250,000 health care workers have been sickened by the disease themselves and 858 have died. “Vaccinating health care personnel supports the principle of maximizing benefits and minimizing harms through what we are calling the multiplier effect,” said CDC’s Kathleen Dooling in a presentation, explaining that protecting this group keeps the medical system running and leads to “better health outcomes for all.”

Given that each vaccine requires two doses spaced 3 to 4 weeks apart, the first 40 million doses committed to the United States will only cover 20 million people. That means supply constraints may force a “subprioritization” for a few weeks; local jurisdictions would have to select the health care workers and residents of long-term care facilities who are at highest risk.

CDC representatives explained to ACIP how the elaborate monitoring systems they have built, including several new efforts, will monitor any side effects of the vaccines. Since mRNA vaccines have never received use outside of clinical trials, members of the public and even many physicians remain wary about them. “We’re going to hold ourselves to an exceedingly high standard for safety monitoring after a vaccine is authorized,” assured Nancy Messonnier, who heads the immunization and respiratory disease division of CDC.

Helen Keipp Talbot, an infectious disease specialist at Vanderbilt University, was the one dissenting voice on ACIP. Talbot stressed that she agreed with the recommendation to put health care workers to the front of the line, but she had strong reservations about including residents of long-term care facilities, most of whom are elderly. “I have really struggled with this,” said Talbot, who specializes in studying vaccines in older adults and wants to see more data on the efficacy and safety of mRNA in this group. The elderly, she notes, typically have weaker immune responses to vaccines, and she also has concerns about the safety surveillance system that will attempt to monitor side effects in long-term care facilities. “We enter this realm of we hope it works and we hope it’s safe,” she said.

ACIP member Beth Bell, a global health specialist at the University of Washington, Seattle, said the decision comes down to making the best choice for this moment in time. “We all would like to know more, but there comes a time when we go through a process, we evaluate every bit of information that we have access to, and then we need to act.”

Messonnier closed the meeting by speaking to the public. “To all the people out there who are anxiously waiting for this vaccine, we hope that this vote gets us all one step closer to the day when we can all feel safe again and when this pandemic is over,” she said.

If FDA does issue EUAs for either vaccine, ACIP will promptly meet again to make recommendations of use for each specific product.