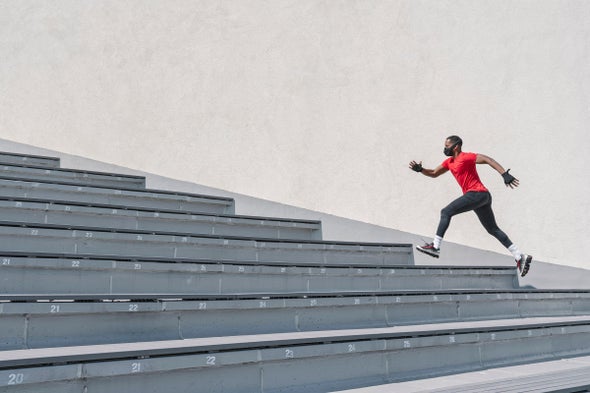 Here are pandemic highlights for the week

Canada has pre-ordered more doses per person of vaccines against SARS-CoV-2 than have any other countries and purchasing groups, reports freelance science journalist Asher Mullard for Nature (11/30/20). The U.S. and UK come in 2nd and 3rd. The story includes 2 graphics that illustrate the pre-ordering landscape. “Many people in low-income countries might have to wait until 2023 or 2024 for vaccination, according to estimates from the Duke Global Health Innovation Center,” Mullard writes. The makers of three vaccines that look like they will be distributed widely in 2021 (AstraZeneca, Moderna, and Pfizer/BioNTech) forecast making an estimated total of 5.3 billion doses next year. That would cover between 2.6 billion and 3.1 billion people, the story states. Most of those doses are already spoken for by individual, largely affluent or middle-income countries, the story states, leaving little for low- and middle-income nations, “most of which seem to be relying on contributions from” a joint venture called COVAX. The purchasing and distribution group was formed to ensure equitable global access to vaccines against SARS-CoV-2.

Virologist and vaccine researcher Shane Crotty at the La Jolla Institute for Immunology tweeted a thread on 11/27/20 discussing the safety of RNA vaccines (like those being tested by Moderna and Pfizer/BioNTech on large numbers of people and expected to receive emergency-use approval soon by the U.S. Food and Drug Administration). Crotty writes that RNA is analogous in some ways to expiring messages on social media platforms, and that RNA vaccines are “temporary messages instructing cells to make one viral protein temporarily.” He adds, “It takes 25 different coronavirus proteins [complex molecules] to make a coronavirus, so there is no worry about the RNA making a virus.”

Below is an estimated timeline for SARS-CoV-2 vaccine distribution in the U.S., based on a thread tweeted by Dr. Ashish Jha, dean of the Brown University School of Public Health, on 11/22/20. Jha drew the details in part from a televised interview between CNN’s Jake Tapper and Dr. Moncef Slaoui, chief scientific advisor to Operation Warp Speed (the U.S.’s federally funded vaccine development effort): https://threadreaderapp.com/thread/1330519144178085899.html

Moderna says it will soon start testing its messenger-RNA vaccine against SARS-CoV-2 in 3,000 teenagers, reports Denise Grady at The New York Times (12/2/20). AstraZeneca and Pfizer/BioNTech already made similar announcements for testing their vaccines in children, the story states. All three vaccine groups each recently announced that their vaccines are effective in large-scale experiments with adults, but “no vaccine can be widely given to children until it has been tested in them,” Grady writes. “Vaccines meant for both adults and children are generally tested first in adults to help make sure they are safe for pediatric trials [experiments].” Vaccines that work well in adults tend to also work well in children, with some dosing adjustments, according to Dr. Paul Offit, a vaccine researcher at Children’s Hospital of Philadelphia, Grady writes: https://www.nytimes.com/2020/12/02/health/Covid-Moderna-vaccine-children.html.

Two recent studies suggest that wearing even an N95 mask during vigorous exercise did not result in workouts that felt harder or actually were more physiologically draining, writes Gretchen Reynolds at The New York Times (11/18/20). One of the studies found more carbon dioxide in the breath of N95-masked exercisers, but none of the subjects complained of headaches or breathing issues, the story states. The results came as a surprise to the study subjects, Reynolds writes. The studies were conducted on healthy, active adults, so it is not clear if the findings would be the same in people who are less healthy or less active or who have breathing problems, the story states. “The findings suggest that anyone who hesitates to wear a mask during exercise should try one — although not an N95 mask,” the story describes one of the study authors, an internal medicine physician at Rambam Health Care Campus, as saying. Those masks slightly increase exercisers’ carbon dioxide levels and should be reserved for health care workers anyway, states the story, which also was published in Spanish.

As anticipated, the U.S. Centers for Disease Control (CDC) released recommendations (on 12/2/20) that include shortening the quarantine period from 14 days to as few as 7 days, at least for people who think they’ve could’ve been exposed to SARS-CoV-2 but then test negative, reports Colin Dwyer at NPR. “People should still watch closely for symptoms — such as a fever, a cough or a loss of taste or smell — for a full 14 days after possible exposure,” according to the CDC’s incident manager for its COVID-19 response, Dwyer writes. The change is meant to increase the odds that people will comply with the agency’s quarantine recommendations, the story states. It also “allows health officials to focus their efforts on the period of time that people are most likely to become contagious,” the story quotes epidemiologist Jennifer Nuzzo of the Johns Hopkins Center for Health Security as saying (12/2/20).

And if you’re confused about the meaning of quarantine versus isolation, or about the distinction between asymptomatic and presymptomatic, and the like, check out this helpful piece, “Clarifying COVID-19 terminology,” by Lindsay Smith Rogers for Johns Hopkins Bloomberg School of Public Health (11/23/20).

An 11/16/20 Q&A at Scientific American with Andrew Huberman, a Stanford University neuroscientist who studies the visual system, details how our vision and our breathing can “offer us easy and accessible releases from stress,” particularly in the context of the pandemic challenges and overall intensity of 2020. For instance, emerging research suggests that altering our breathing can alter brain regions responsible for arousal and panic, writes freelance science journalist Jessica Wapner in the introduction to the Q&A. And when we see stressful or exciting news, it increases our heart rate and breathing, Huberman says. You don’t want to miss this section: Our eyes are “not connected to the brain; they are the brain,” Huberman says. “During development, the eyes are part of the embryonic forebrain. Your eyes get extruded from the skull during the first trimester, and then they reconnect to the rest of the brain.” One of the tips Huberman mentions: one can turn off their brain’s stress response by changing the way we are viewing our environment, specifically by taking on a panoramic view that allows you to see “far into the periphery.” Also, “every time you exhale, you’re slowing down the heart rate,” he says.

Check out Betsy Ladyzhets‘s weekly “COVID-19 Data Dispatch, a newsletter written to help people make sense of myriad unstandardized (and often untrustworthy) pandemic data sources. The publication provides news on public health agencies, resources for understanding and communicating about the pandemic, context on how COVID-19 data experts are thinking about major issues, and occasional interviews or original analysis. Ladyzhets is a data journalist and science writer who’s been managing her publication’s pandemic coverage and volunteering at the COVID Tracking Project since the spring. All data sources featured in the newsletter since its July inception are compiled in a public Google spreadsheet, and Ladyzhets is working on other supplemental resources that may be useful for journalists, community leaders, and data nerds alike.

You might enjoy, “Ten reasons why my New York bodega is better than your 7-Eleven,” by Caroline Ulwick for McSweeney’s.