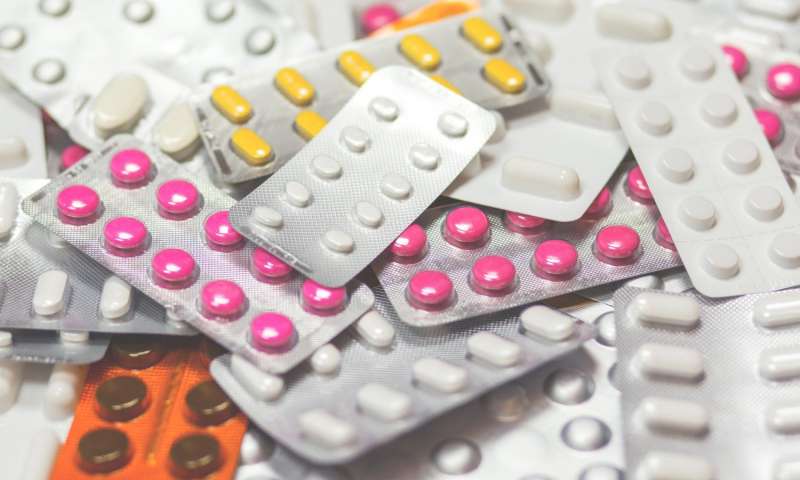 In the early months of the COVID-19 pandemic, visits to the doctor declined dramatically. One group of patients that appears to have weathered this trend are those who were already being treated for opioid use disorder. With an increase in telehealth visits, these patients continued to see doctors and get prescription refills at a relatively stable rate, according to a new study led by researchers at Harvard Medical School published Dec. 15 in JAMA.

Still, the researchers note, their analysis found significantly fewer people beginning new courses of medicine to treat opioid use disorder in 2020, compared with the same three-month period in 2019, suggesting that some of those who needed to initiate medication treatment did not do so. Another alarming finding was that there was less urine testing across all patients—established and new alike—during the early months of the pandemic.

“It is encouraging to see that people who were engaged in treatment for opioid use disorder before the pandemic kicked in were still getting needed care during the early months of social distancing and shutdowns,” said study senior author Haiden Huskamp, the Henry J. Kaiser Professor of Health Care Policy in the Blavatnik Institute at HMS. “But it’s concerning that new patients who needed help might not have been getting it and that important follow-up tools such as urine testing were not being used as often.”

The findings reveal what worked and didn’t work during the shutdown and could help inform preventive strategies to avert lapses in care during future pandemics, the team said.

With much of the nation under stay-at-home recommendations in the spring of 2020, many physician practices limited in-person patient visits, switching to telemedicine whenever possible. At the same time, the researchers said, stressors such as social isolation, unemployment and anxiety about the pandemic itself, likely contributed to increased opioid use and overdoses.

Understandably, many were concerned that people already battling opioid problems before the pandemic would no longer receive the same level of care and that fewer patients would start treatment during the pandemic, the researchers said.

To examine how these factors affected the treatment of established and new patients with opioid use disorder, the researchers compared trends in prescription fills, outpatient visits and urine tests among privately insured individuals in the early months of 2020 with the same months in 2019. The team used data from a proprietary insurance database that includes claims for commercial and Medicare Advantage enrollees.

The study looked at individuals who were ages 18-64 and continuously enrolled with medical, behavioral health and pharmacy benefits from January to May 2020 and from January to May 2019, dividing them into two groups. One group of 16,000 individuals were already receiving opioid-use-disorder medication, and one group of more than 6 million individuals who were not receiving such medication. For both groups, the researchers examined the weekly and cumulative percentage of individuals who got at least one prescription for treatment of opioid use disorder in March, April and May, had at least one visit to a clinician and had at least one urine test to detect traces of opioids. The researchers also examined the proportion of weekly visits that were telemedicine appointments rather than in-person visits.

The analysis showed that during the first three months of the pandemic there was no decrease in medication fills and no decrease in clinician visits among those already being treated with medication, with telehealth visits making up for the decrease in in-person visits.

However, the study revealed that during that period fewer individuals started taking medication for opioid-use disorder and less urine testing was conducted across all patients.

The percentage of patients who had at least one clinician visit in March, April and May was not significantly different between 2020 and 2019.

Among individuals not receiving medication in January and February, the percentage receiving at least one fill in March, April and May of 2020 was lower than during those months in 2019 (0.12 percent vs. 0.16 percent).

In a study published earlier this year, the same group of researchers reported on the experience of physicians treating people with opioid use disorders during the pandemic. This study found many clinicians were able to maintain relationships with existing patients via telemedicine yet they did not feel comfortable initiating treatment for new patients who they had not met face-to-face. Those physicians also reported reducing urine testing to protect patients from COVID-19 exposure. The researchers noted that some of the reductions in levels of care may also have been because fewer patients are seeking care during the pandemic. The researchers say these factors likely account for the trends found in their latest study.

“There’s no doubt that, like much of the health care system, our capacity to deliver care for people with opioid use disorder was challenged by the coronavirus pandemic. The good news is that many physicians were able to use telemedicine to maintain access for their patients and stay on their meds,” said study co-author Ateev Mehrotra, associate professor of health care policy and of medicine at HMS and a hospitalist at Beth Israel Deaconess Medical Center.

The lessons learned, are clear, the research team said.

“Going forward, we need to do a better job of making sure that patients can safely receive all of the follow-up care they need, including adequate monitoring of their opioid use disorder through periodic urine drug testing, which is an important component of care that can inform a patient’s treatment,” Huskamp said. “We also need to make sure that new patients aren’t falling through the cracks.”