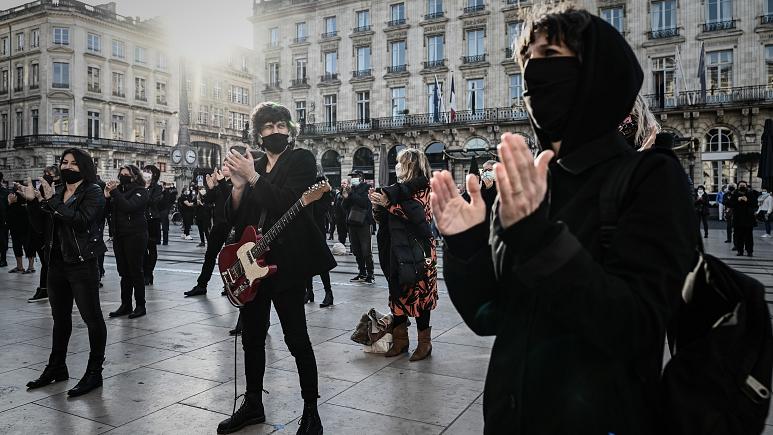 France exited its second nationwide lockdown on Tuesday but restrictions remain in place, with a curfew imposed from 8 pm to 6 am CET.

After a month and a half of lockdown constraints, the French can once again travel across the country and without filling out a form, except when they move during the curfew, which they are only allowed to do for essential reasons like work.

Faced with a health crisis that is proving more difficult than expected to overcome, Prime Minister Jean Castex announced the new measures last week. The number of new cases and people being admitted to hospital has remained static in recent days.

The only exception to the curfew is that people will be allowed to travel on Christmas Eve, the night of traditional celebrations, although the advice is for no more than six adults to convene.

However, the curfew remains in place for New Year’s Eve, as December 31 has “all the ingredients of an epidemic rebound”, said Castex.

The easing of this lockdown is very different from the first one last May. This time, theatres, cinemas, museums and stands in stadiums will remain closed, at least until January 7.

The decision was justified by the need to “avoid increasing the flow, concentrations and mingling among the public”, but the move has provoked anger among the culture industry.

Unions and cultural bodies have denounced it as a “death blow” for the sector, and call for the reopening of cultural venues. Demonstrations are planned throughout France.

Some areas of France have launched mass COVID-19 testing campaigns in a new attempt to try to curb the pandemic before the relaxation of measures comes in ahead of the holidays.

Earlier this month the prime minister announced that France would begin rolling out a mass vaccination programme in January.

The number of cases in France is still way above where the government wanted them to be before it eased the lockdown.

At the end of October, president Emmanuel Macron wanted to reduce the numbers “eventually” to 5,000 contaminations per day nationally.

The number of new positive cases announced on Monday fell to 3,063 in the previous 24-hour period. However, the start of the week often sees a dip in the figures as laboratories are closed on Sundays.

On the previous day, the total topped 11,000 and the daily average over the past week has been 12,000. The number of people admitted to hospital with coronavirus increased by 200 to 25,449, according to Monday’s figures, while 35 more people were moved into intensive care, making a total of 2,896.