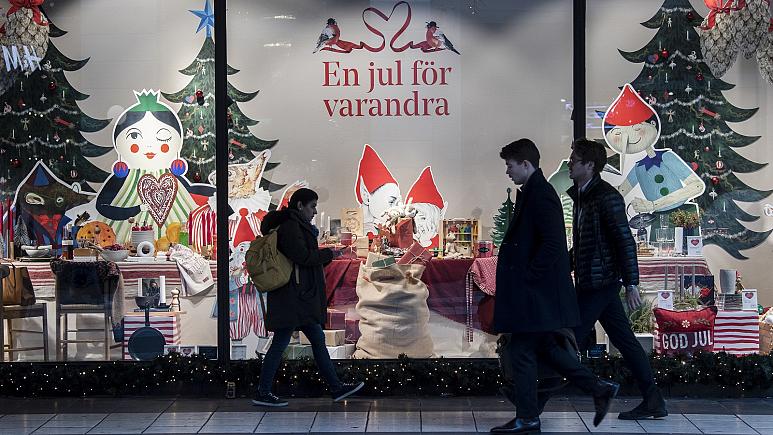 Health officials in Sweden, which opted not to respond to the first wave of COVID-19 with a national lockdown, misjudged the power of the virus’s resurgence, the country’s prime minister said on Tuesday as an independent commission criticised the country’s strategy.

“I think that most people in the profession didn’t see such a wave in front of them, they talked about different clusters,” prime minister Stefan Lofven told the Swedish Aftonbladet newspaper.

Later on Tuesday, a commission that has looked into Sweden’s handling of the pandemic released its preliminary conclusions — which were particularly critical of provisions made for the elderly.

The country of just over 10 million has seen 341,029 confirmed infections and 7,667 virus-related deaths, a death toll much higher than in neighbors Norway, Finland or Denmark.

Over the summer, Sweden’s left-leaning minority government had said a commission would be appointed once the crisis was over but came under pressure to act sooner.

The commission said in its report that the strategy to protect the nation’s elderly partly failed, and its head stressed that the current and the previous governments would bear the “ultimate responsibility” for the situation.

Commission President Mats Melin told a press conference that elderly care in Sweden has major structural shortcomings and the country has proved unprepared and ill-equipped to meet the pandemic.

The commission also considered that several measures taken in the spring were late and insufficient.

Melin said the blame for structural shortcomings in Sweden’s health care system could be placed on several authorities and organizations.

Sweden’s statistical agency said on Monday it had recorded a total of 8,088 deaths from all causes in November – the highest overall mortality since the first year of the Spanish flu that raged across the world from 1918 through 1920. In November 1918, 16,600 people died in the Scandinavian country, said Tomas Johansson of Statistics Sweden.

Lofven’s government and chief epidemiologist Anders Tegnell have defended the country’s controversial coronavirus strategy, despite Sweden having one of the highest per capita COVID-19 death rates in the world.

Sweden has stood out among European and other nations for the way it has handled the pandemic, for a long time not mandating lockdowns like other nations but relying on citizens’ sense of civic duty.

Still, authorities, including Tegnell, have been criticised – and some have apologised – for failing to protect the elderly and nursing home residents.

“In the other Nordic countries … care for the elderly seems to have been more in focus in the authorities’ early pandemic measures,” the report said.

In the autumn, Sweden saw a rapid increase in new coronavirus cases that strained its health care system. Infections have spread quickly among medical staff, pushing the government to back more restrictions, including a nationwide ban on the sale of alcohol after 10 pm in bars and restaurants.

Sweden has also imposed its tightest virus restrictions to date by banning public gatherings of more than eight people.