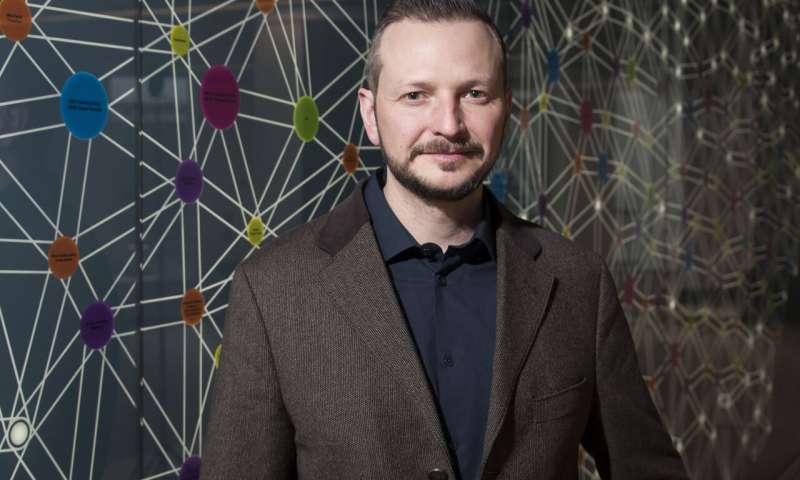 Inside the race to give the first shots: Hospitals around the country scrambled after waiting months for the coronavirus vaccine.

The first shipment of the vaccine arrived at a loading dock in Queens shortly after sunrise on Monday. The head pharmacist for one of Northwell Health’s hospitals, who had been tracking the package, opened the 63-pound box, packed in dry ice. He took out a single vial.

From that vial would come five doses.

After preparing the vial, staff members put it in a cooler, and drove it 25 minutes east to Long Island Jewish Medical Center, where a news conference had been hastily moved up. A nurse, Sandra Lindsay, was waiting to get the first shot.

Gov. Andrew M. Cuomo’s office teleconferenced in. But it was not until just after 9 a.m., right before the broadcast began, that someone on the governor’s team said that it appeared they were not only about to administer the first dose in the state, but the first in the country.

“The silence in that room was deafening,” said Joe Kemp, communications officer for Northwell. “Hospital workers, Cuomo’s people. Every one of us realized at that minute, just how profound that was going to be. We were putting a woman on the moon. It was a lunar landing.”

Similar scenes played out around the country, as hospitals, who have been waiting months for the first doses, rapidly scrambled to put together events after unknowns about the vaccine and its distribution made it difficult to perfectly plan for its arrival.

Some hospitals deliberately worked to spotlight the moment, picking a person — a Black or Latino nurse or doctor, a housekeeper — who would be among the first to receive the shot as a way to send a message to diverse communities about trusting the vaccine.

Others — like a hospital in Iowa that first vaccinated a health care worker who had a few upcoming days off, or a hospital in Pittsburgh that let staff members vote on who would get the honor — left the specifics of who would go first more to chance.

But each place was preparing for its own historic moment, the beginning of what they hoped would be the end of a pandemic that had devastated their communities. And in selecting who would be first, each sent a message in its own way about the importance of the vaccine — and recognized the courage of its medical staff.

Around the country, more than 300,000 people have died of the coronavirus, with more than 100,000 people currently hospitalized as the virus continues to spread.

That health workers in high-risk positions would go first was a common point of agreement through much of the country. An advisory committee to the Centers for Disease Control and Prevention last week recommended that health care workers should be among the first to receive the vaccine, along with nursing home residents and workers.

Hospitals, with their ability to store vials at subzero temperatures, were prioritized to get the first doses of the vaccine from Pfizer, which was the first drugmaker to get approval from the F.D.A.

But even with that, there were choices. Across the country, hospitals came to a variety of conclusions about which employees would go first and why.

On Tuesday, Dr. Marina Del Rios, an emergency department physician at University of Illinois Health, was the first person vaccinated in Chicago.

“I think that the city was being strategic over who they selected,” she said in an interview. “They probably understood that it was important to have someone who was Latino in that first group, given that such a huge proportion of the Latino community has been affected by Covid, and so many of us have lost loved ones.”

At Tampa General Hospital in Florida, the first vaccine went to a 31-year-old nurse who has spent much of the year working in the Covid-19 unit.

“We’ve been in the front lines through this whole pandemic and cared for the first Covid-positive patient at Tampa General,” the nurse, Vanessa Arroyo, said on Monday. “So I felt like it was right for one of our own to be the first to receive this vaccine.”

She added: “I don’t think I can put into words what I’ve seen. We’ve been through innumerable challenges. Despair. Grief. Watching families say goodbye to their loved ones over FaceTime was devastating.”

In Pittsburgh, the initial shots were administered on Monday at UPMC Children’s Hospital. The first went to Charmaine Pykosh, a 67-year-old advanced nurse practitioner. She was chosen for the honor by her colleagues.

“For the first shot, we all weighed in,” she said. “We kind of had a text vote. And everybody thought that I should go first. It was exciting. Relieving.”

In anticipation of the arrival of vaccines, employees at Cedars-Sinai Medical Center, one of Los Angeles’ biggest hospitals, were sent a survey with a number of questions to determine who was most at risk, and who should be first in line. In addition to being asked whether they worked closely with coronavirus patients, they were also asked about personal medical histories that might make them vulnerable to the virus.

Hospital officials at Cedars-Sinai then put together a list that represented a cross-section of departments, keeping in mind that the vaccinations themselves can cause symptoms, like muscle aches, fatigue or fevers, that could keep them out of work for a day or two.

Doctors and nurses were well-represented, but at several hospitals housekeepers and hospital support staff members also were at the front of the line. At VA Bedford Healthcare System in Massachusetts, Andrew Miller, a housekeeper in the Environmental Management Service, was the first employee to receive the vaccine on Monday afternoon, the hospital announced in a tweet.

Some systems and states used the moment specifically to reach out to communities disproportionately affected in the virus’s first wave. In New Jersey, the first person to be vaccinated was Maritza Beniquez, an emergency room nurse at University Hospital in Newark, the state’s hardest-hit city.

Ms. Beniquez described herself as a “proud Latina American” whose family is originally from Puerto Rico.

“It was just wave after wave of critically ill patients that were coming in with no end in sight,” she said of her experience in the emergency room. “It was like watching a tornado or a hurricane cause that sort of devastation in the field. And instead of it being a building it was our own people — our Black and Latino community.”

That New York ended up being first was unexpected. The Pfizer vaccine was coming in three waves this week from Kalamazoo, Mich., where the drugmaker has its largest manufacturing site. But even with Northwell, which planned for weeks on having a news conference featuring vaccinations on camera shortly after receiving its first doses, there was some last-minute scramble.

Stephanie Cal, a critical care nurse at Long Island Jewish Medical Center, got a call on Sunday night as she was putting up her Christmas decorations, to see if she wanted to be among the first five employees to get a shot. Ms. Lindsay, 53, the director of critical care nursing at the hospital, was chosen as the very first recipient after Northwell got word Sunday that its first doses would be arriving in Queens.

Ms. Lindsay’s identity as a Black woman who could speak about the importance of underserved communities getting the vaccine was key, as was the fact that she had a story to tell as a leader who had overseen the care of hundreds of critically ill coronavirus patients, said Mr. Kemp, the communications officer.

About 15 minutes before the livestream began, Gareth Rhodes, a top aide to Mr. Cuomo, got on the phone with Ms. Lindsay to say it was looking like she might be the first person vaccinated in the nation, and that she should expect media attention.

“And she said, I remember very distinctly, ‘It’s my duty. I’ve seen too much pain and suffering,” Mr. Rhodes said.

Ms. Lindsay’s vaccination was broadcast on CNN and on the governor’s website and social media platforms, reaching an audience of millions. The powerful images appeared in newspapers around the country.

The symbolism was not lost on many.

Fiorella Bellini, 29, a nurse in the I.C.U. at NewYork-Presbyterian Hospital, was approached by her manager on Tuesday morning to see if she would be interested in being among the first to be vaccinated at the hospital, which had not received its shipment of doses until that morning.

Ms. Bellini, whose family is from Venezuela, said she had been inspired in part by seeing Ms. Lindsay’s vaccination on Monday.

“I saw pictures and read about it and it was exciting,” she said. “For her to get it and being from Queens and Queens was so hard hit. It’s amazing.”