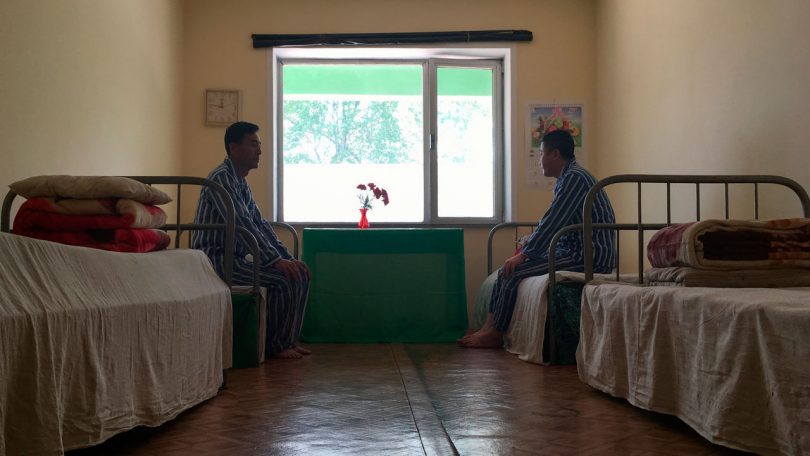 North Korea has yet to report a single case of COVID-19—a remarkable success that, if true, the nation achieved after severing links with the outside world. But that isolation could soon exact a steep toll in other areas of public health: Humanitarian groups warn the isolated country is facing eroding food security, and they are bracing for a rapid spread of tuberculosis (TB), as supplies of first-line drugs against more treatable strains are expected to run out this month.

Even before the coronavirus pandemic, North Korea had one of the world’s highest TB prevalence rates outside sub-Saharan Africa. A government survey carried out in 2015 and 2016 pegged TB prevalence, or total cases, at 640 per 100,000 people, several times higher than neighboring South Korea’s. In February, as COVID-19 began to spread out of China, North Korea sealed its borders, allowing almost no one to enter or leave the country and greatly curtailing cargo shipments.

“Every untreated TB patient could infect 10 to 15 other people. We could be looking at a much bigger epidemic,” says a U.S.-based humanitarian official who asked to remain anonymous because of the sensitivity of public health efforts in North Korea.

In the face of the lockdown, international organizations have struggled to sustain programs inside North Korea. A spokesperson for the Global Fund, which last year renewed a contract to supply TB and malaria drugs to North Korea after a monthslong hiatus, says the fund is striving to keep its programs there running but was unable to verify the current availability of drugs.

In June, UNICEF arranged to have 918,000 doses of the Bacillus Calmette–Guérin (BCG) vaccine—a live attenuated preparation against TB—trucked into North Korea, says Shima Islam, a spokesperson in UNICEF’s Bangkok office. More than 300,000 newborns in North Korea receive the BCG vaccine each year, Islam says. Also in June, India managed to get $1 million worth of TB medicines into Pyongyang, the North Korean capital. But those drugs are nearly depleted, specialists believe.

Other drug consignments are languishing in containers outside of North Korea. One group has $400,000 worth of TB medications sitting in a warehouse in India. The drugs expire in 2022. “It’s a real mess,” the U.S.-based official says. “Keeping people out is one thing, but cargo containers? Really?”

Compounding its woes, North Korea is presumed to have exhausted its arsenal against multidrug-resistant (MDR) TB strains. Treating MDR TB requires administrating drug cocktails daily for months; a lack of one or more medicines in a cocktail renders it ineffective. Until 2019, the nonprofit Eugene Bell Foundation had been providing drugs to treat about 1200 North Koreans with MDR TB, representing approximately 10% to 15% of the new MDR cases the nation records each year. But because of COVID-19 restrictions, its teams have not been able to visit North Korea “for over a year,” says the foundation’s Jane Lee, who could not comment on the current situation there.

North Korea has not yet made a public appeal for TB medications. Its health ministry has asked for some funds for combatting TB and malaria in a $37 million assistance request submitted to the World Health Organization that focuses primarily on COVID-19 testing and treatment. The ministry asked for money to buy personal protective equipment and enable risk communication, but not medications.

One potentially positive aspect of North Korea’s COVID-19 lockdown is that community health practitioners are now extra vigilant about looking for respiratory symptoms and thus may be identifying and isolating TB patients. “There may be more intensive active screening for TB,” says Jiho Cha, a global health scholar at the Humanitarian and Conflict Response Institute at the University of Manchester. On the other hand, the pandemic “has further stigmatized respiratory symptoms” in North Korea, he says. “A single COVID-19 case could threaten an entire village” with harsher quarantine measures. And rising malnutrition and drug shortages could well negate any public health gains from heightened surveillance.

Humanitarian organizations say they are now largely blind to the situation on the ground in North Korea. Only a few foreign humanitarian experts remain in Pyongyang after pandemic-related restrictions hampering their activities prompted most to leave. Once humanitarian groups are able to return to North Korea, they don’t know whether they’ll have to rebuild programs from scratch. But the TB patients under their care, the official says, “have got to be suffering.”