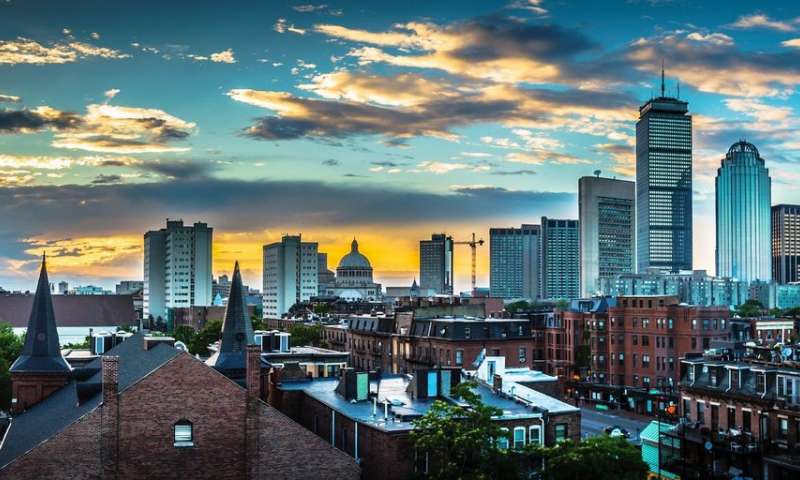 A large team of researchers with members from a variety of institutions in and around Boston have found evidence showing that superspreading events may profoundly alter the course of an epidemic. In their paper published in the journal Science, the group describes their genomic study of the early days of the SARS-CoV-2 outbreak in and around Boston.

As the global pandemic has continued to impact billions of people around the globe, scientists have learned more about it, and epidemics in general. One noted aspect of the current pandemic has been the prominence of superspreading events in which a few people infect many other people at a single event such as a rock concert, political rally or motorcycle festival. In this new effort, the researchers took a closer look at superspreader events in Boston during the early days of the pandemic, and the impact they had on its course.

The work involved obtaining and analyzing data on confirmed COVID-19 infections in and around Boston starting around the beginning of February. Each of the samples underwent genetic analysis to determine its uniqueness. The team generated 778 virus genomes and built phylogenetic maps around them.

They were able to identify 122 putative importations of the virus into Massachusetts. But more importantly, they were able to trace the path of the virus from two major superspreader events—a Biogen meeting at the Boston Marriot Long Wharf hotel and another at a nursing training center. They found that the Biogen meeting resulted in 100 infections, and because the attendees were from out of state, they spread the virus to 29 states upon their return home. Looking at the larger picture, they found that the virus strain from the Biogen superspreader event now accounts for approximately 1.6 percent of all infections in the U.S. They also found that the nursing center superspreader event led to a significant number of deaths in Boston and its suburbs

The researchers conclude that superspreader events play a major role in the progression of a pandemic, which suggests that reducing such events would dramatically slow its progress.