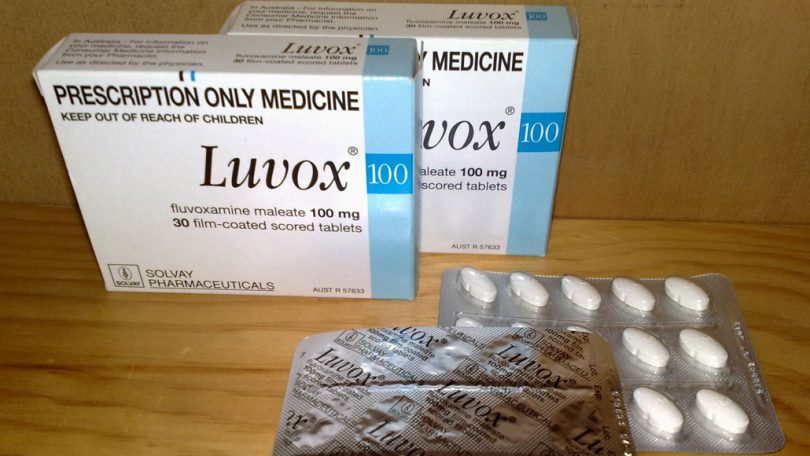 The results come from real-world use of the drug to treat workers at the Golden Gate Fields horse racing track in Berkeley, Calif. Of those who opted to take fluvoxamine, none got sicker, and within two weeks, their symptoms cleared. In comparison, 12.5 percent of those who turned down the drug wound up hospitalized. Two got so sick they were put on a ventilator to assist with breathing, and one died, researchers report February 1 in Open Forum Infectious Diseases.

The data need verification from ongoing larger clinical trials. However, some experts say that the new findings, along with cell, animal and human observational data, suggest that a two-week course of fluvoxamine, which costs about $10 and is already approved by the U.S. Food and Drug Administration, could be considered for patients at high risk of suffering severe COVID-19 symptoms.

Racetrack physician David Seftel and David Boulware, an infectious disease physician-scientist at the University of Minnesota Medical School in Minneapolis, led the real-world test of fluvoxamine after hundreds of workers became infected with the virus around Thanksgiving. Earlier that month, Seftel had heard about fluvoxamine during a presentation by tech entrepreneur Steve Kirsch, whose COVID-19 Early Treatment Fund supports research on existing drugs that could be repurposed to treat coronavirus infections.

Kirsch shared results from a fund-supported randomized trial in which none of 80 newly diagnosed COVID-19 patients assigned to a two-week course of fluvoxamine became seriously ill. By comparison, six of 72 patients, or 8.3 percent, who took placebo tablets worsened and needed hospitalization, researchers reported in November in the Journal of the American Medical Association.

It wasn’t just the trial results that intrigued Seftel, however. “I immediately dove into the biochemistry,” he says.

The drug’s biochemistry implied it might be able to regulate cellular responses to stress and infection. Fluvoxamine, which is sold as Luvox, is a selective serotonin reuptake inhibitor, or SSRI, typically prescribed for obsessive-compulsive disorder. SSRIs increase levels of the chemical messenger serotonin in the brain. The drugs, most notably fluvoxamine, also activate a protein called the sigma-1 receptor that prevents production of chemical messengers that exacerbate inflammatory reactions.

In a 2019 study that inspired the randomized trial, mice that lacked sigma-1 receptor died from systemic inflammation known as sepsis, whereas fluvoxamine treatment protected animals from deterioration and death. In addition, lab dish experiments described in the Dec. 4 Science showed that knocking down levels of sigma-1 receptor in cultured cells lowered infection rates with SARS-CoV-2, the virus that causes COVID-19. Fluvoxamine also blocks activation of platelets, blood components important for clotting. This anti-platelet activity, together with the mouse and cell data, explain how fluvoxamine might squelch out-of-control immune activity and prevent blood clots — both key features of severe COVID-19 (SN: 9/25/20; SN:11/02/20).

Seftel shared the emerging data on fluvoxamine with 113 infected track workers and offered a 14-day course of fluvoxamine — 50 milligrams taken twice a day — provided by the racetrack facility at no cost to those who could safely take the drug. The group was predominantly male and Latino, and 30 percent had chronic medical problems such as diabetes or high blood pressure.

Sixty-five people chose to take the drug, and 48 declined. The treatment group had a higher proportion of Latinos and tended to be sicker — 62 percent entered the study with COVID-19 symptoms compared with 42 percent of the group that declined treatment. No one who chose to take the drug suffered serious complications and, after 14 days, none reported lingering symptoms such as anxiety, fatigue and brain fog. But six of 48 people who declined fluvoxamine were hospitalized and one died. What’s more, 60 percent still reported experiencing a variety of symptoms including shortness of breath and muscle and joint pain two weeks after their diagnosis.

The racetrack study adds to evidence that there may be a benefit to giving the drug even though it wasn’t a randomized, controlled trial, which many consider to be the gold standard for clinical evidence. “It wasn’t blinded. Overt and unconscious bias can occur when you know who’s getting treatment or not,” says Jeffrey Klausner, an infectious diseases physician at UCLA who was not involved with the research. But “it definitely reduces the likelihood that the first study was just by chance.”

Researchers at Washington University School of Medicine in St. Louis are testing fluvoxamine in a larger, randomized nationwide trial financed by Kirsch’s fund and other philanthropic sources. Participants get pills, either fluvoxamine or placebo, shipped to their homes, along with a thermometer, pulse oximeter and blood-pressure monitor. They take the pills for 15 days and log symptoms on a web-based platform. So far, the trial has enrolled 168 people, says coinvestigator Angela Reiersen, a child psychiatrist. The team is hoping to collect data from 880 people.

Randomized trials in Korea, Brazil and Hungary are also investigating fluvoxamine as a possible treatment in COVID-19 patients with mild to moderate illness.

Typically doctors wait for clear answers from large, randomized trials to decide how best to treat patients. However, given the dearth of treatment options and the urgency of the pandemic, Klausner says doctors should consider counseling patients about promising treatment options despite limited data that awaits more definitive evidence from ongoing studies.

“I am not ready to see fluvoxamine recommended in national treatment guidelines just yet,” he wrote in a Jan. 27 op-ed in the Washington Post. “But I am ready to try it with individual patients who are at increased risk of bad outcomes.”

Reiersen agrees. Considering the wealth of data from cell, animal and clinical studies, “there is a reasonable amount of evidence that it is probably helpful — more for fluvoxamine than [for] pretty much anything [else] out there for outpatient treatment,” she says.