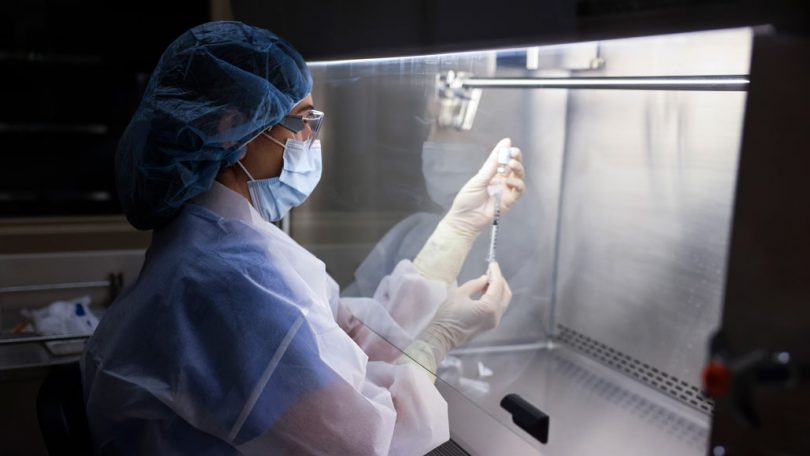 A single-shot coronavirus vaccine made by Johnson & Johnson is 85 percent effective at preventing severe disease and death, even against new variants of the virus, the company announced in its interim analysis January 29.

The vaccine didn’t fare as well at preventing more moderate cases of COVID-19, particularly in Latin America and South Africa, where variants that spread more easily have arisen. Depending on location, the shot was only 72 percent to 57 percent effective against moderate to severe bouts of the illness.

Other vaccines, particularly the two mRNA vaccines that have emergency use authorization in the United States, have reported levels of overall efficiency of up to 95 percent against the coronavirus (SN: 12/18/20). That discrepancy could make people reluctant to accept a less effective vaccine, Anthony Fauci, director of the National Institute of Allergy and Infectious Diseases, said during a Jan. 29 conference call about the results. It shouldn’t, he added.

“If you walk up and say, ‘Well, go to the door on the left and you get 94 to 95 percent [effective vaccine]. Go to the door on the right and get 72 percent.’ What door do you want to go to?’” But what people need to understand, he said, is that real importance of the vaccine is keeping people out of the hospital and preventing the most severe complications of the disease.

That’s what the new vaccine does, Mathai Mammen, global head of research and development for Janssen, Johnson & Johnson’s pharmaceutical division, said during the news conference. “We can prevent COVID, in many cases,” he said. “We can prevent hospitalization. In those that that contract COVID and have moderate disease, [they] have a milder course of disease. Nobody doesn’t benefit from this vaccine.”

Johnson & Johnson’s vaccine uses a common cold virus — adenovirus 26 — that has been altered so that it can’t replicate in the body to cause disease. The adenovirus ferries instructions for making the coronavirus’s spike protein into human cells. Human cells then make the spike protein, triggering the immune system to produce antibodies and fire up cellular immune defenses from T cells, which attack the coronavirus should it be encountered later.

The company has used this adenovirus system to make an Ebola vaccine as well as still-experimental vaccines against Zika, HIV and respiratory syncytial virus, or RSV. Using adenoviruses as carriers, or vectors, has also been used for COVID-19 vaccines made by the University of Oxford with AstraZeneca, the Canadian-Chinese company CanSino, and for the Russian Sputnik V vaccine (SN: 11/23/20; SN: 7/21/20; SN: 8/11/20).

Johnson & Johnson tested their vaccine in 44,325 adults in Argentina, Brazil, Chile, Colombia, Mexico, Peru, South Africa and the United States. Among the participants, 468 cases of COVID-19 arose, the company and U.S. National Institutes of Health each reported in news releases.

Deaths occurred in the placebo group, but none in the vaccine group. But the company declined to give specific numbers of cases and deaths in both groups until it files for emergency use authorization with the U.S. Food and Drug Administration. That filing could come next week.

Effectiveness against moderate to severe disease varied by region, ranging from 72 percent in the United States to 66 percent in Latin America to 57 percent in South Africa. Overall, the vaccine is 66 percent effective at preventing moderate to severe disease. The vaccine was similarly effective in young adults and people 60 and older, and for people with and without underlying health issues, such as obesity, type 2 diabetes and other conditions that increase the risk of complications from COVID-19 (SN: 4/22/20; SN: 3/20/20).

At first glance, the declining effectiveness in Latin America and South Africa might appear discouraging, Mammen said. More transmissible variants of SARS-CoV-2, the coronavirus that causes COVID-19 have been discovered in Brazil and South Africa.

The South Africa variant, known as either 501Y.V2 or B.1.351, has been causing particular concern because of both its increased transmissibility and ability to evade some antibodies that provide protection against the coronavirus. But the vaccine protects against the most severe consequences of the disease even against those variants, Mammen said. “Not a single South African after 28 days post-vaccination ended up needing to go to the hospital. No South African died that was vaccinated.”

The other companies ran their studies at a different stage of the pandemic before the new variants appeared, so the numbers aren’t really comparable, Mammen said. “The pandemic has changed.” Now, “the majority of cases are coming from an evolved set of viruses.”

Novavax, a Gaithersburg, Md.–based company, announced January 28 that its protein-based vaccine prevents illness with 89 percent effectiveness, but was also less effective against the South Africa variant (SN: 1/28/21). The same day, officials in South Carolina announced that two unconnected people with no history of travel had contracted the South Africa variant. That finding probably means the variant is circulating undetected in the state and elsewhere in the country.

Despite lower efficacy, Johnson & Johnson’s vaccine has some advantages over the mRNA vaccines. It is given in a single shot instead of two, so it can vaccinate twice as many people with the same number of doses. It needs to be refrigerated, but not frozen the way those vaccines do (SN: 11/20/20). And the vaccine has milder side effects than the already authorized Moderna and Pfizer vaccines. Some people had fever, fatigue or pain at the injection site after inoculation, but “the vast majority of people felt nothing at all,” Mammen said.

Other public health officials and scientists point out that the coronavirus vaccines have greater effectiveness than many approved vaccines for other diseases.

“We would be celebrating a seasonal influenza vaccine with 60 percent efficacy,” Jay Butler, deputy director for infectious diseases at the U.S. Centers for Disease Control and Prevention, said January 29 during a news conference sponsored by the Infectious Diseases Society of America. “While it’s disappointing compared with the 95 percent efficacy from the Phase III trials of the two mRNA vaccines prior to the emergence of these variants, it’s still not something that would make me want to not utilize or receive the vaccine myself.”

Johnson & Johnson says that it could produce 1 billion doses of its COVID-19 vaccine — enough to vaccinate about an eighth of the world’s population — by the end of the year. That includes 100 million doses promised to lower-income countries through the Vaccine Alliance, or Gavi, and the World Health Organization’s COVAX program. The United States has a deal for 100 million doses, with an option to buy 200 million more doses.

If authorized by the FDA and other regulatory agencies around the world, the vaccine could be an important public health tool, which is crucial as more contagious variants of the virus continue to emerge, experts say. “This virus will continue to evolve and to mutate for certain,” Fauci said. That’s an incentive to use every available safe and effective vaccine available, he said. “The best way to prevent further evolution of a virus is to prevent it from replicating, and you do that by vaccinating people as quickly as you possibly can.”