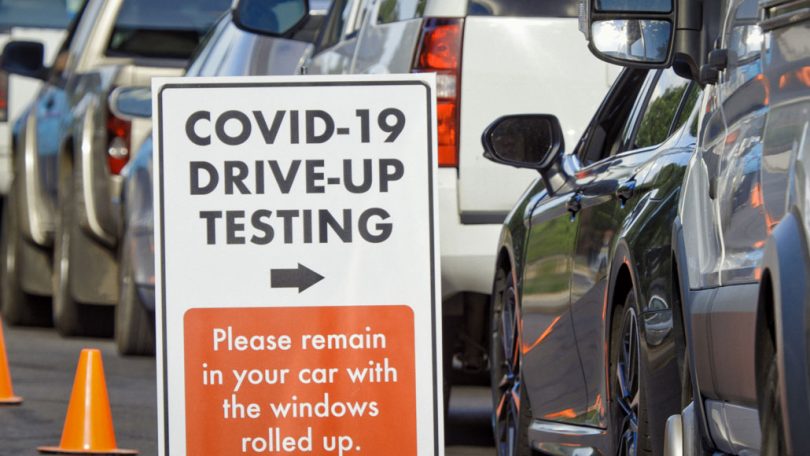 Vaccine rollout in the United States has been undeniably slow. And while we wait, worrisome new coronavirus variants are emerging, heightening the urgency to control the pandemic. Some variants, including ones first identified in Brazil, South Africa and the United Kingdom, have mutations that help the coronavirus evade parts of the immune system, raising the specter that some people might face a second round of COVID-19.

All of this can make it feel like the pandemic has come full circle and that we are back where we started. But even in the face of potential reinfections, the world has a tool at its disposal that didn’t exist a year ago: effective vaccines.

Shots from Pfizer and Moderna have been authorized in the United States since December 2020. Vaccines developed by Novavax and Johnson & Johnson recently announced promising results (SN: 1/28/21; SN: 1/29/21). On February 4, Johnson & Johnson became the third company to apply for emergency use authorization in the United States for its COVID-19 vaccine.

And preliminary data from AstraZeneca suggest that a single dose of its vaccine may lower the number of people who test positive for the coronavirus virus by 67 percent, possibly reducing the spread of the virus in the community, researchers reported February 1 in Preprints with the Lancet. Curbing transmission is the holy grail of vaccine effectiveness: That would give the coronavirus fewer chances to acquire potentially dangerous mutations (SN: 1/27/21). That, in turn, could finally bring the end of the pandemic into view.

In the meantime, researchers are grappling with understanding the threat the known mutations pose. Even if someone has antibodies to the coronavirus — through a natural infection or a vaccine — some mutations can stymie the antibodies’ ability to latch onto the virus and prevent it from infecting cells. Though antibodies make up only one part of the immune system’s arsenal to eliminate viruses from the body, the variants’ ability to dodge the immune proteins could put people who have already recovered from a bout of COVID-19 at risk of getting infected again.

The first confirmed reinfection with SARS-CoV-2, the virus that causes COVID-19, was reported in August (SN: 8/24/20). There have been some documented cases of reinfection with new variants as well — including in Manaus, Brazil and in an Israeli traveler to South Africa — although some details remain unclear.

Reinfections are difficult to prove. Doctors need genetic evidence to show that a distinct coronavirus strain caused each instance of infection. What’s more, some people might never develop symptoms and remain unaware of a second infection. As a result, researchers still don’t know how often people are reinfected with the coronavirus.

To explore what the emergence of new variants might mean for reinfections, vaccines and the pandemic, Science News spoke to Aubree Gordon, an epidemiologist at the University of Michigan in Ann Arbor. This interview has been edited for brevity and clarity.

SN: What have we learned about reinfection since August?

Gordon: We know [reinfections] happen. We don’t know much beyond that. There are a number of studies out there, and there have been case reports of reinfections, but at this point we still don’t know how common they are. What you would expect to see with reinfections is that as people get further out from having their first infection, you would see more reinfections. But of course, at this point, we’re a little bit over a year into the pandemic so there hasn’t been a lot of time for many people to get reinfected yet.

SN: Why hasn’t there been enough time? Why do reinfections happen?

Gordon: Reinfections occur for a variety of different reasons. But, generally, it’s because somebody no longer has sufficient immunity to the virus to prevent them from getting infected.

If you’ve got the same virus [without mutations], people may get reinfected because they did not mount a really strong response to the virus the first time they were infected. Or maybe they did mount a strong response but then that response wanes or decreases over time, to the level where it isn’t protective against getting infected again.

Another way that reinfections occur is that the virus may change. If there are changes in the virus that occur so that your antibodies no longer recognize the virus or some areas of the virus, at least, then reinfections may occur. In particular for SARS-CoV-2, those [changes] could be to its spike [the protein the virus uses to break into a cell].

The same thing happens with flu on a pretty regular basis. The virus changes. Because the virus changes, our bodies don’t recognize it, and then we can get reinfected with the virus.

SN: What do we know about the role the new variants will play in reinfection?

Gordon: I definitely think the reports of reinfections are concerning. But I think we need to figure out how common these reinfections are versus people who hadn’t previously had [COVID-19] and look at what the risk is.

Are [reinfected] people not protected [from the new variants] at all? I think that’s probably not the case. My guess is that a lot of people who have previously had SARS-CoV-2 are probably still protected in part, or not as protected. They may be more likely [to get infected again with the new variant] than they would with the original virus. But if you compare them to people who have never had COVID-19 before or don’t have antibodies from the vaccine, you would still see a significant amount of protection. But we still don’t have that data.

We also don’t know how severe those reinfections are. Researchers tend to catch the severest cases — the tip of the iceberg — and that doesn’t necessarily give you a full picture of what’s going on. We’ve certainly seen a number of individual case reports with severe reinfections, but most severe cases are going to have the best access to testing [which can overrepresent how often that happens].

SN: If vaccines slow transmission, how does that help?

Gordon: The availability of additional vaccines, such as the AstraZeneca vaccine, will speed up the vaccination process. And if the vaccines do reduce transmission, that is also very good news. [Fewer cases mean fewer opportunities for the virus to mutate.]

Even before the emergence of the variants, it was critical that we vaccinate as many people as quickly as possible and the variants have only amplified that. High levels of transmission of SARS-CoV-2 combined with a large proportion of people with preexisting immunity to the original virus could lead to new variants. It also gives an advantage to existing variants that have changed enough that preexisting immunity is no longer as protective.

SN: What does all of this mean for herd immunity and vaccines?

Gordon: It’s going to be very difficult to achieve herd immunity if you have a very significant rate of reinfection in people without immunity to new variants.

I’ve heard a number of people in my personal life recently express thoughts like, “Oh my gosh, is this pandemic ever going to end? Are we just going to live like this forever?” And that’s unlikely.

What we’ll probably find is that [reinfections] are going to continue to occur as the variants become more prevalent. Reinfections will probably occur more frequently, particularly as people get further out from their original infection.

But I think our top concerns are severe cases and deaths. We might continue to see transmission even if everybody has immunity to the original virus. But the thing that’s important is to ask what do [the symptoms] of cases [of reinfection] look like. I think everybody — including myself — is hopeful that we’re going to see a drastic reduction in severity of cases when you compare reinfections to a first infection.

Certainly, some lab data suggest that perhaps the vaccines are not going to work as well against the variants. But for the Novavax vaccine, even though it was less effective for preventing symptomatic SARS-CoV-2 infection in South Africa, where variant B.1.351 is very prevalent, it was still 100 percent effective against severe disease. I think that that’s something important that people need to pay attention to.

The reason we’ve all changed our lives the way we have and have all the measures [like mask wearing and physical distancing] is because COVID-19 is causing hospitalizations and deaths. It’s causing severe disease, it’s causing severe after-effects, and [preventing those] is what we really care about.

Vaccine companies are already starting to look into potentially making a booster or a second vaccine. We might end up with a bivalent vaccine, for example, that has both the original strain and one of the [viral] variants that’s better at evading the immune system.

SN: So when will the pandemic end?

Gordon: It’s going to be a little bit longer than it would have been without those variants arising. But pandemics always end eventually.

We can look back at flu pandemics — you usually have one or two years of circulation before enough immunity builds up to the virus. People may continue to get infected with the virus, but the infections are not as severe. And you don’t have as many people getting infected in any given year because of pre-existing immunity.

I think the [pandemic] timeline with the introduction of variants may be a little bit longer. But eventually, I think we’re going to arrive at a place where SARS-CoV-2 is endemic, [a commonly circulating] human coronavirus. Depending on the severity of reinfections and the length of immunity that’s generated by vaccines, we may or may not need additional booster vaccines for SARS-CoV-2 going forward.