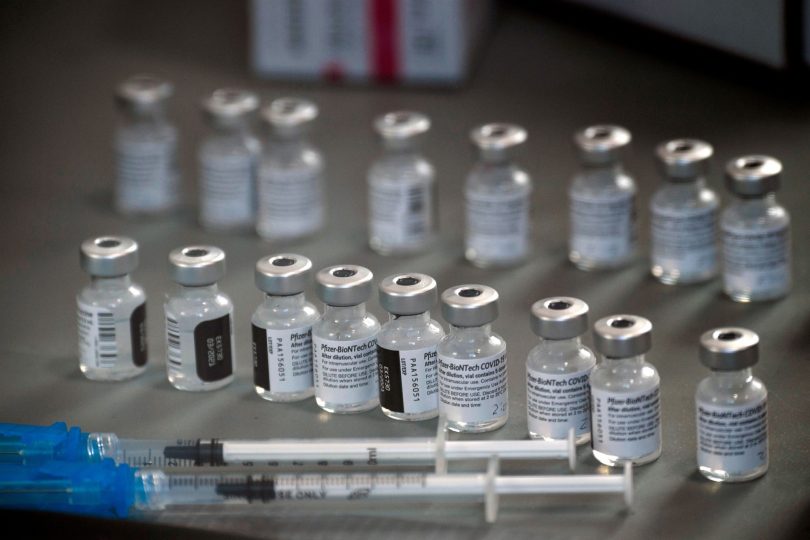 Experts stress that the Covid-19 vaccines are performing well — but that only heightens the need to lower stubbornly high case rates.

Several new coronavirus variants have been identified in the United States in recent weeks, and scientists are grappling with whether these strains threaten the country — and, if so, how.

One thing experts agree on, though, is that the available vaccines have outperformed expectations — even when it comes to what are known as the “variants of concern.”

“This virus is not invincible, and despite all these variants, the vaccines are working great,” said Jeremy Kamil, an associate professor of microbiology and immunology at Louisiana State University Health Shreveport. “That is really outstanding and people should be celebrating that.”

While it’s likely that other variants will continue to emerge as pockets of outbreaks simmer around the country, Kamil said that alone isn’t cause for alarm. Rather than fret over each new strain that is identified, he said the most important thing Americans can do now is try to contain the virus by staying safe and getting vaccinated, particularly because the vaccines are so effective at preventing hospitalizations and deaths.

“There are certain variants that are more transmissible, and we have strong data on that, but the thing people should take away from the variant story is just: Don’t let your guard down,” said Kamil, who co-led a research team that in February identified a previously undetected variant in Louisiana.

But some states are letting their guard down, even as case rates in the U.S. remain stubbornly high despite a precipitous drop in recent weeks. Dr. Anthony Fauci, director of the National Institute of Allergy and Infectious Diseases and the nation’s top infectious disease expert, said Sunday that cases have plateaued at a level that is “really very high.” An average of 1,706 people have died each day in the past week, according to the Centers for Disease Control and Prevention, and an average of more than 59,000 cases were reported each day last week.

Scientists have been tracking three main “variants of concern“: one that was first reported in the U.K., a second that is thought to have emerged in South Africa and a third that was first reported in Brazil. In recent weeks in the U.S., new “homegrown” variants have also been identified in New York and California, as well as Louisiana, though it’s too soon to know what effect they may have on the trajectory of the pandemic in the country.

It’s not unusual to see a pathogen change over time. When a virus circulates and evolves, it’s expected that random mutations will occur, including some that could make the virus more contagious or even deadlier. And the longer the coronavirus is left to spread unfettered, the more opportunities it has to develop potentially worrisome mutations.

“When a pathogen jumps into humans, it’s not perfectly formed for tearing through a human population, so we would expect to see evolution toward greater infectiousness,” said Andrew Read, a professor of biology and entomology at Penn State University, who specializes in the evolutionary genetics of infectious diseases.

As such, people should redouble mitigation efforts, such as practicing social distancing and wearing a mask in public, to prevent an uptick in new infections as more transmissible variants emerge.

“It doesn’t change what we should be doing anyway,” Read said. “It’s just a stronger argument for making sure the right restrictions are there at the right times.”

And one important tool to fight the spread of variants are the vaccines, he added.

There are currently three vaccines that have been authorized for use in the U.S. — ones developed by Moderna and Pfizer-BioNTech that require two doses, and a single-dose shot developed by Johnson & Johnson, in partnership with Janssen Pharmaceuticals. Research is ongoing to examine how these vaccines perform against the known variants, but early results have been promising.

The pace of vaccinations in the U.S. has been on a steady incline, recently passing 2 million doses per day.

All three vaccines appear to offer strong protection against the U.K. variant. In early analyses, both the Moderna and the Pfizer vaccines were found to be less protective against the South African variant, although neutralizing antibodies, which can bind to viruses and block them from getting into cells, remained above protective levels for both.

Johnson & Johnson conducted trials in South Africa, where the variant first identified there is widespread, and found that its vaccine was 64 percent effective at preventing moderate to severe disease. The Johnson & Johnson vaccine was also found to be 66 percent effective against the variant that was first reported in Brazil. In trials, the vaccine prevented 100 percent of hospitalizations and deaths related to Covid-19.

And according to a lab study published March 8 in the New England Journal of Medicine, the Pfizer-BioNTech vaccine appears to offer strong protection against the variant first reported in Brazil. That study was conducted using blood samples taken from people who had received the vaccine.

These early results are important, Kamil said, because they demonstrate that the vaccines are working.

“When it comes to the variants, we have a reasonably strong picture that if you’re vaccinated, you’re going to be protected from severe outcomes, such as hospitalization and death,” he said.

And even though certain vaccines appear to be less effective against the South African strain, the shots still seem to offer strong protection from developing severe illness from that strain.

“Protection from infection and disease are two different things,” Kamil said. In other words, a vaccinated person could still become infected with the coronavirus, but that infection likely wouldn’t lead to illness. “The worst case scenario is you might get sick, but you likely wouldn’t have to go to the hospital.”

This means that even if variants cause another surge of infections, hospitals across the country will hopefully be spared being pushed to the brink, as has happened during previous waves.

“Once we’ve vaccinated almost everybody in the medium- to high-risk group, and as long as the vaccines have strong disease-preventing properties against the various strains, then that will get us out of another really rough spot,” said Jennie Lavine, a postdoctoral fellow at Emory University.

Drug companies are already refining their vaccine formulations to better target variants, but experts say they have been impressed with their performance so far.

“I’m amazed that these vaccines are so good right off the block,” Read said. “They haven’t even been optimized yet and they work so well. We shouldn’t get distracted from that huge triumph.”

And while it’s possible that the coronavirus could mutate in a way that enables it to escape the protection induced by vaccines, there is no evidence to suggest that that has happened yet.

“Nothing in the variants that we’ve seen so far show vaccines going off a cliff where they become useless,” Read said. “They might become slightly less effective and we’ll have to make tweaks, but we haven’t seen anything coming close to perfectly escaping the vaccines.”

Still, it’s important for people to stay vigilant, even in the face of good news.

“Whatever we were doing before in terms of nonpharmaceutical interventions — social distancing and wearing a mask — we need to step it up to keep transmission down,” Lavine said.

The CDC on Monday released updated guidance for people who are fully vaccinated against Covid-19. The recommendations say that vaccinated people may safely gather with small groups from other households without wearing masks or physically distancing. The CDC update represents the first federal public health guidelines around the resumption of normal activities once people are fully vaccinated.

But for those who have yet to be vaccinated, and when the vaccinated are out in public, the standard mitigation measures should remain in effect.

“Stay calm, wear a mask and get vaccinated when you can,” Kamil said. “It’s a very simple message.”