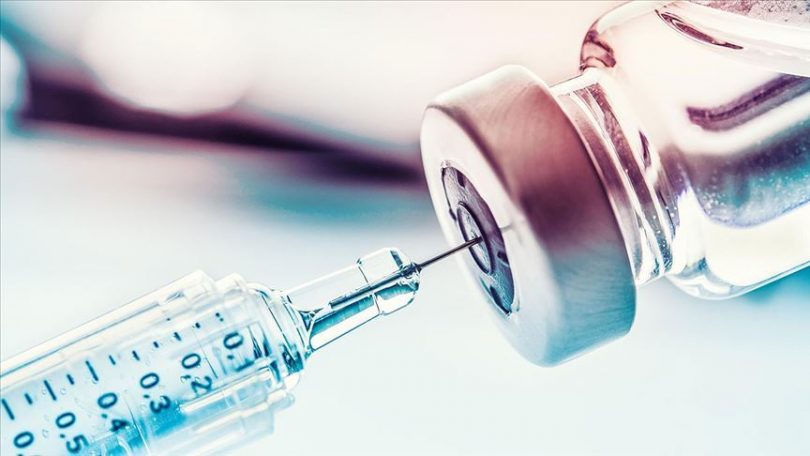 About a dozen COVID-19 vaccines have been approved around the world, providing a possible path out of the pandemic. But hurdles have emerged, including logistical issues around vaccine rollouts, a rising tide of worrisome variants, and uncertainty around the longevity of immunity. New trials underway to test combinations of different manufacturers’ vaccines seek to overcome some of these challenges.

“It’s really exciting that we have these combination trials,” says Sarah Caddy, a viral immunologist at the University of Cambridge. “If we can use different vaccines, that opens opportunities for vaccinating more people.” In addition, she notes, “there’s some evidence that mixing and matching vaccines could give us better immune responses.”

Vaccines induce immunity by training the immune system to recognize a piece of SARS-CoV-2 called an antigen—usually the spike protein, which the coronavirus uses to unlock human cells. Most currently authorized COVID-19 vaccines deliver this training via two shots: the prime and the boost. Moderna’s and Pfizer’s versions, the first to receive emergency use authorization in the US, use mRNA to deliver the transcript encoding the virus’s spike protein. Oxford/AstraZeneca’s and Russia’s Sputnik V vaccines, which use harmless adenoviruses as vectors to deliver the gene for the protein, have also been approved for use in other countries.

But with demand for doses greatly outweighing supply, vaccine rollout has been slow, complicated in part by the requirement for two doses of the same shot. Only two vaccines authorized for use in various countries so far—Johnson & Johnson’s and CanSino Biologics’s adenovirus-based vaccines—are administered as a single injection. A solution to this problem could be to mix-and-match the prime and boost, so recipients could get whatever shot was on hand for their second dose.

The US Centers for Disease Control and Prevention (CDC) guidelines state that different approved vaccines can be combined in “exceptional situations,” but stipulate that they are otherwise not interchangeable due to a dearth of clinical evidence about the safety and efficacy of these combinations. “We have an incredible array of [vaccines] . . . but we don’t know anything about how compatible they are,” says Bruce Gellin, the president of global immunization at the Sabin Vaccine Institute. “Given that we’re likely to have increasing products out there, it would be good to know how they work when you can’t get the exact regimen that was in the clinical trial.”

The logic behind combining vaccines

In addition to the practical advantages of being able to switch between vaccines, a combo approach could induce greater immune responses if the two shots use different platforms, says Shan Lu, a physician-scientist and the director of the Laboratory of Nucleic Acid Vaccines at the University of Massachusetts Medical School. Scientists call this strategy heterologous prime boosting. “The format of the vaccine is different, but the antigen is the same,” Lu explains. For example, the prime shot could deliver the instructions for cells to make the spike protein via RNA, while the booster could be a viral vector vaccine or one based on a recombinant version of the spike protein, says Lu. No recombinant protein COVID-19 vaccines have yet received widespread approval, but those from US company Novavax and the Russia-based Vector Institute are currently in Phase 3 trials.

A robust immune response involves not only virus-neutralizing antibodies but also helper T cells, which boost antibody production, and cytotoxic T cells, which clear away infected cells. T cells are therefore likely to be important for long-lasting immunity, and two non-peer reviewed studies suggest that they are better than antibodies at thwarting SARS-CoV-2 variants in vitro.

Previous studies on other diseases have found that while some vaccine formats are better at inducing antibodies, others do a better job at stimulating T cell production. DNA and mRNA vaccines provoke the body to produce the antigen itself, a process that activates T cells and facilitates the production of antibody-producing B cells, explains Lu. In contrast, “protein vaccines or inactivated vaccines don’t involve T cells very much because the antigen isn’t actually produced inside the body,” he says.

By combining different vaccine formats that rev up different arms of the immune system, “you can get the best of both worlds,” says Wolfgang Leitner, the chief of the innate immunity section at the National Institute of Allergy and Infectious Diseases. “If you alternate between platforms, it turns out you can get more than the sum of the two. . . . They seem to work synergistically.” But, he adds, “to be honest, we don’t understand the mechanisms yet.”

Although the currently approved COVID-19 vaccines are up to 95 percent effective at preventing disease, it’s too early to tell how long-lasting this protection is and how well vaccine-conferred immunity protects against variants that have emerged since the vaccines were designed. “Improving the quality [of vaccines] is not just about the level of efficacy,” says Leitner, “better also means . . . improving the breadth of the immune response.” If combining vaccines induces stronger T cell responses, this approach might have a leg up on variants, says Leitner. But, he adds, “this is all hypothetical because it hasn’t been tested yet.”

Heterologous prime boosting isn’t new. An Ebola vaccine was recently authorized in the European Union that uses an adenovirus vector carrying the gene for a viral protein, followed by a booster shot of another harmless vector called modified vaccinia virus Ankara that bears the same gene. The Russian Gamaleya Center’s Sputnik V COVID-19 vaccine, which is about 92 percent effective at preventing disease, also uses a heterologous prime boost approach. The two shots deliver the same SARS-CoV-2 spike protein gene, but the adenovirus vectors, known as rAd26 and rAD5, differ for each shot. Switching up the viral vector can overcome a well-established problem with this type of vaccine whereby the body develops immunity not only to the target gene, but to the vector as well.­­

Other heterologous prime boost strategies have paired two different vaccine formats. In Lu’s work on HIV vaccines, he and his colleagues found that a prime shot of a circular piece of viral DNA followed by a boost of recombinant protein induced better immune responses than either shot alone or in the reverse order. Phase 3 trials of this vaccine are currently underway.

“The order matters,” says Lu. “We found that DNA first, protein after is better than protein first, DNA after. You cannot reverse that.” DNA vaccines for other diseases, when used alone, have failed to confer strong immunity. This may be because, unlike protein-based or adenovirus vector vaccines, DNA vaccines don’t induce the production of enough antigen to stimulate high antibody titers, a reason why DNA may be better suited as the prime shot.

Yet heterologous prime boost vaccinations for different diseases have occasionally reversed this order. And studies have found other combinations, such as an adenovirus vector with a protein subunit vaccine, can produce promising results. “It is virtually impossible to make predictions of which combination in which order is going to be the best,” says Leitner.

Another strategy is the codelivery of different vaccine formats in the same shot, Lu says. In a study published on March 1 in Emerging Microbes & Infections, he and his colleagues describe a novel COVID-19 vaccine that delivers DNA encoding the SARS-CoV-2 spike protein as part of a larger piece of circular DNA called a plasmid, and the recombinant spike protein itself in a single shot. In monkeys, the injection induced strong antibody and T cell responses and completely prevented infection when they were exposed to the coronavirus. Several other DNA-based COVID-19 vaccines are in clinical trials.

A handful of COVID-19 combination trials are now in the works. A UK study known as Com-Cov will compare immune responses in participants receiving two Pfizer doses, two Oxford/AstraZeneca doses, or one of each in either sequence. It will also compare dosing schedules with four or 12 weeks between the prime and boost shot.

One challenge with developing heterologous prime boost regimens is figuring out which vaccines to combine and which should be the prime and which the boost. Leitner says that any combination of the licensed COVID-19 vaccines could be beneficial. “My attitude would be that there’s probably no downside to any of the combinations. The worst you can get is an additive effect—that’s not a bad thing. The goal, of course, is a synergistic effect.”