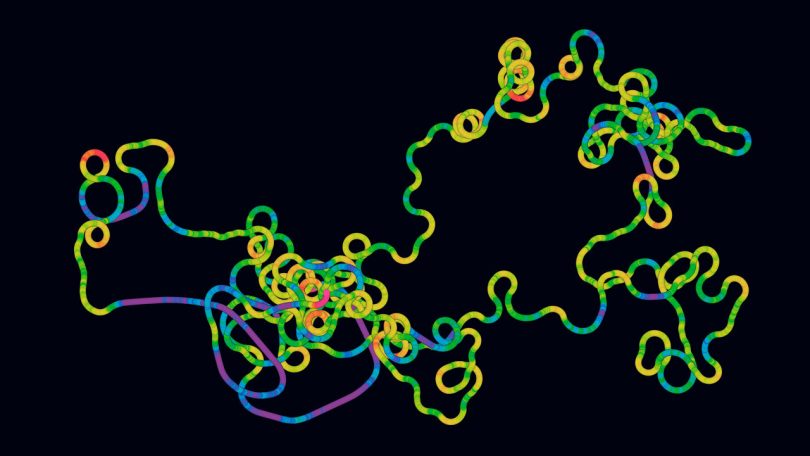 In December 2020, software developer Angie Hinrichs at the University of California, Santa Cruz (UCSC), applied for access to a labor-saving data feed from GISAID, a nonprofit database of viral sequences including those of the pandemic coronavirus, SARS-CoV-2. She wanted GISAID’s data so she could display mutations on UCSC’s coronavirus Genome Browser. That tool ties any position in the virus’ nearly 30,000-letter genome to other scientific information, much as Google Maps shows gas stations and restaurants near addresses.

With more than 700,000 genomes from more than 160 countries, GISAID is by far the world’s largest database of SARS-CoV-2 sequences. Access to the free, nonprofit repository has become vital to Hinrichs and thousands of other scientists and public health agencies tracking the virus’ alarmingly rapid evolution.

But instead of getting a direct data feed, Hinrichs lost her existing access to two conveniently packaged GISAID files that are the next best thing. She emailed GISAID repeatedly pleading for restored access, but hasn’t gotten it. Since December, she has had to download GISAID’s sequences 10,000 at a time, with no access to most of the metadata unless she looks at each of the 10,000 sequences individually. As a result, she says, “My [phylogenetic] trees that use GISAID data are falling behind.”

Hinrichs’s experience is not unique. A dozen scientists spoke with Science raising complaints about their interactions with GISAID. They reported an opaque process of gaining access, unexplained interruptions once access was won, and phone harangues or threatening legal letters when they got on the wrong side of GISAID’s strict rules against resharing data. Many scientists who voiced criticisms declined to be identified for fear of losing GISAID access. They say that even as they race to study coronavirus evolution, they are walking on eggshells around their chief data supplier.

“I am so tired of being scared all the time, of being terrified that if I take a step wrong I will lose access to the data that I base my research on,” says one scientist who declines to be identified. “[GISAID] has that sword hanging over any scientist that works on SARS-CoV-2.”

Both fans and critics emphasize that GISAID has provided an invaluable service during the pandemic, gathering many more coronavirus sequences than open-access databases like the United States’s GenBank. Even critics note that data are much easier to upload to GISAID than to open-access repositories, and that GISAID speedily curates sequences.

“GISAID has done an amazing job. They really have revolutionized access to all these data,” says David Haussler, a computational biologist at UCSC who is Hinrichs’s boss. “We really, really want give them credit for what they have accomplished.”

Many scientists trace what they view as a secretive, controlling organizational culture to GISAID’s co-creator and head, former Time Warner studio executive Peter Bogner. GISAID “has a personality behind it that is fiercely protective of the organization [and] very insulted if somebody else … is praised for SARS-CoV-2 data,” Hinrichs says.

Bogner has said he invested several million dollars to launch GISAID in 2008. Its goal was to open up access to then-restricted avian flu sequences, and to protect scientists in non-Western countries against having their data scooped for publication or profit by requiring users to credit and try to collaborate with depositors.

GISAID, which stands for the Global Initiative on Sharing All Influenza Data, is today supported by private donors, governments, and nonprofits and is based in Germany; it says it remains “independent of government and corporate interests.” With about 30 staff and more than 50 volunteers globally, it says it received €3.5 million in cash and in-kind contributions in 2020.

In its statement to Science, GISAID said scientists deposit to its database because they “are confident that their rights will be protected.” Without GISAID, “We would now be in real trouble, because it’s been successful in building confidence in SARS-CoV-2 genomic data sharing in countries around the world,” says GISAID co-founder Nancy Cox, a former head of the influenza division at the U.S. Centers for Disease Control and Prevention.

But critics complain about GISAID’s constraints on access, chief among them its prohibition on resharing of its data. Its agreement for access to the direct data feed also requires applicants to use only GISAID data in their websites and tools, as well as only GISAID-approved strain names. (GISAID says allowing users to mix data on their websites “would duplicate data already in GISAID, resulting in bias and distorted results.”)

Other scientists say the access process itself is opaque. Brooks Miner, an evolutionary ecologist at Ithaca College, contacted GISAID on 2 February hoping to get a data feed for a lay-friendly website mapping the frequency of coronavirus variants. He got a phone call with instructions from a man who refused to identify himself except as “a GISAID representative” and whose identity he still does not know. “I started calling him Mr. GISAID,” Miner says. (GISAID said it does not have a policy of not identifying its representatives.)

Puzzled, Miner contacted other GISAID users and found they lived in fear of losing access. “I realized people doing phenomenal cutting-edge science carry this fear that their career could be ruined on a whim by this faceless organization,” Miner says.

Miner was granted GISAID access last week but says he fears losing it because of his criticisms. “I’m speaking out anyway because I believe the way GISAID operates is flawed,” he says.

Some scientists have given up on seeking direct data feeds. Genomic epidemiologist Finlay Maguire of Dalhousie University, a key player in Canada’s efforts to track SARS-CoV-2 variants, says the “fairly onerous” application requirements led him to abandon asking GISAID for a direct data feed for his website, which informs the public on variant evolution in Canada and around the world.

Other scientists say they have received threatening letters from GISAID lawyers. Early in the pandemic, Hinrichs pulled GISAID data from another organization, Nextstrain, and mistakenly failed to credit GISAID, prompting what she calls an “ominous” missive from a law firm directed to Haussler. “This was a new experience for us,” Hinrichs says. “We are used to speaking with scientists, not hearing from lawyers.” She added GISAID credits to the browser.

In its statement, GISAID said, “GISAID has never found it necessary to commence a legal action against a participant. … We typically are able to come to a speedy and amicable resolution of any issues.” GISAID says it has revoked access for only one user in the past year, because they “would not abide by GISAID’s terms of use.”

Some scientists say they have gotten phone calls lecturing them on the virtues of GISAID and the flaws of public-access databases. “GISAID sees every [coronavirus] sequence submitted to GenBank as a battle lost,” another scientist says.

Kelly Oakeson, chief sequencing scientist at the Utah Public Health Laboratory, which relies on GISAID data to track coronavirus variants in his state, recalls Bogner phoning him last year for a technical matter and then urging him not to deposit sequences in GenBank. He “really wanted to know … ‘What possible good could come of that? You’ve got it in one place, why do you need it in both?’”

GISAID denies disparaging GenBank or discouraging users from depositing in it or other open-access databases.

Miner says Mr. GISAID was overtly hostile to Nextstrain, a popular site that visualizes GISAID data and coaches scientists on how to do the same on their own. “He was saying things like: There’s no such thing as a Nextstrain clade,” a reference to the system of virus-naming nomenclature that Nextstrain uses but GISAID forbids its users with direct data feeds to employ. GISAID denies disparaging Nextstrain and says it requires the single naming system “to ensure consistency and avoid confusion.” It notes that it has provided a direct data feed to Nextstrain from the first days of the pandemic.

In January, scientists pushed back in an open letter urging scientists to deposit sequences in GenBank, the European Nucleotide Archive (ENA), and Japan’s DDBJ, open-access databases that allow users to access sequences anonymously and share data freely. “The ideal setup is completely open access,” to speed research, says signatory Guy Cochrane, head of the ENA. “Having a limited group controlling [access] would never be a good thing.”

GISAID countered in its statement that the letter “effectively calls for data to be shared anonymously and without any protection for the data contributors.”

Charles Rotimi, a Nigerian-born geneticist at the National Human Genome Research Institute, says he generally favors few restrictions on sharing genomic data. But, he adds, “To make scientists, especially from developing countries, more comfortable—making sure that they are recognized in the work that they are doing—sometimes you have to create an extra layer” of protection.

Some users say they have only had good experiences with GISAID. “I’ve gotten much more support from GISAID than from any government agency,” says Jeremy Kamil, a virologist at Louisiana State University Health, Shreveport, and senior author on a recent preprint that identified seven new SARS-CoV-2 variants in the United States. He says he finds GISAID’s global, 24/7 staff responsive and helpful.

But others see much room for improvement. They want a right of appeal if they lose GISAID access and a transparent view of how GISAID is governed. They would like to open a conversation about ways GISAID might relax its data-sharing requirements during the pandemic, without risking their access by raising the subject.

Miner would also like to see a less territorial approach: “Aren’t we just trying to do good work that’s helpful in the pandemic?”